10 tips for surviving in Fallout 4 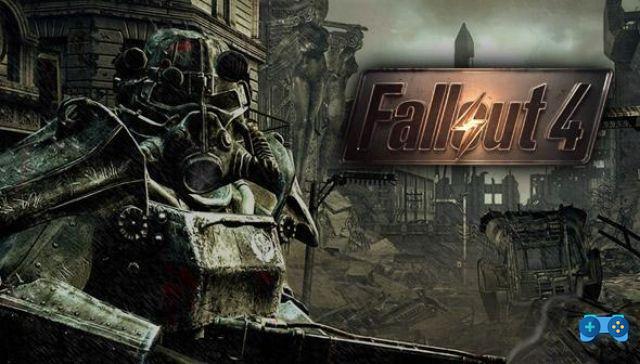 Well, the long-awaited November 10 has arrived, the day it officially debuts Fallout 4 on the market. But the Wasteland hasn't changed from previous chapters and always remains a hostile place full of enemies ready to tear you apart at any opportunity. If you are among those who are approaching the series for the first time and do not know what awaits you in Boston, here is a short guide in which we give you 10 tips to survive in the game. In any case, the chances of actually getting out unscathed are still very low, put your heart in peace.

1) The Pip-Boy is bulky, use the context menu

The Pip-Boy is certainly very beautiful to look at, even more so in this chapter due to the fact that it is fully animated. But it actually remains a very slow tool for choosing weapons and using items you need immediately. For this reason we advise you to rely on the context menu which contains 12 slots in total, 3 for each directional arrow.

To a directional arrow you associate medical treatment and food for the regeneration of health and to another the three weapons you use most, in order to have everything at hand. As for the other 6 remaining slots, well, the choice is yours, but a tip we give you is to always keep at least one melee weapon in case you run out of ammo.


Small tip: if you are in particularly dark areas and you do not see anything, press and hold the key to access the Pip-Boy to activate the built-in flashlight.

The famous Brotherhood of Steel power armor now counts as an auxiliary armor in Fallout 4 and can be upgraded and customized. To work, however, it requires fusion cores that run out pretty quickly and finding them isn't easy. Get them out of your mind, at least in the beginning: they even want your skin for a single core.

We therefore advise you to keep it for the most important missions or the strongest enemies instead of using it continuously. Indeed, wearing it always you risk remaining without fusion cores in the middle of the Contaminated Zone and at that point you are forced to abandon it, even if its position will be marked on the map of your Pip-Boy.

Small tip: you can find a fusion core in Lexington's Super Duper Mart and another inside the Arcjet building.

Well oh my, not quite everything, otherwise you will exceed the maximum transportable weight even before taking a step. But collect most of the weapons and food you find, as in addition to being useful to yourself, they can also be resold: on the quantity, you will make a good profit.

Furthermore, in Fallout 4 you can build your own settlements, but to make structures, objects and anything else you need the necessary materials, so don't be afraid to also collect the junk scattered around the game world. When you see that you are approaching the maximum transportable weight limit, simply deposit everything inside a workshop and start picking up everything again. You won't regret it, guaranteed.


4) The SPAV is not only used to score precision shots

Unlike previous chapters, the SPAV now only slows down the gameplay and if you are not quick to decide which body part to hit, you will be the one to receive free damage. But this system can also be used differently: if you hear shots, you are hit but you do not see the enemy perhaps because he is oxen, use it to find out its position. In addition, the SPAV also reveals any mines present on the ground, so it can also save your life from a fatal explosion.

5) Craft a couple of lethal weapons

The elaborate crafting of weapons is one of the main new features of Fallout 4 and allows you to create many different models. A good thing you can do is to choose one or two of the most powerful weapons you have and put them under the knife on a workbench: with the right materials, you can create real handcrafted tools of death that any enemy would fear. .

And remember: even the dullest of guns can become a pseudo-rifle capable of opening the backside to creatures in the Wasteland, so don't underestimate the weapons you find.

Go to the Cambridge Police Station and complete the “Call to Arms” mission. At this point you are officially part of the Brotherhood of Steel and you have access to the quests of the Scribe Haylen and the Knight Rhys which are mainly based on the search for certain components and the killing of different enemies.


These missions are quite simple and allow you to gain a lot of experience, so you will go up a few levels in a short time if you are still at the beginning. Moreover, you will unlock new useful places then later to reach other nearby ones. With the points obtained with each level increase, we recommend that you immediately unlock and upgrade the talent that allows you to pick and pick more and more difficult locks: in this way you will not have to give up opening juicy safes, ammunition boxes and much more.

7) Give Mama Murphy some drugs

Mama Murphy particularly loves the Jet. Give him some and you will gain some experience (what you don't do to level up). Come back after a while and he will ask you for more. Congratulations, you are drugging a granny.

Speaking seriously, the way you interact with different inhabitants greatly influences the behavior others have towards you. Continuously giving drugs to Mama Murphy, for example, drives the strict Preston Garvey away and you may need him and his fellow Minutemen. What we want to tell you, therefore, is not to get too carried away with these "tricks" or you could have unwanted consequences.

8) Only the ghouls run to meet you

And certainly not to show affection by hugging you. The ghouls are not armed, but they are very fast and will attack you en masse, so don't underestimate them. Shoot from afar as soon as you see them and try to hit them in the head to kill them immediately. An effective alternative to reduce the danger is also to shoot at their legs, so as to literally detach them and prevent them from running to attack you.

Maybe not everyone likes to explore every inch of the map on the map, but in Fallout 4 we could call it an essential thing. This is because the myriad of buildings in the game all hide useful items, from weapons to medical care and materials. Also, if you are apparently stuck and don't know how to get to a certain place, there is almost certainly another entrance that may have gone unnoticed. Then go through the entire buildings in depth and you will always find an alternative access route.

10) Look for the legendary enemies, but be very careful

One of the new features of Fallout 4 is the introduction of so-called legendary enemies. This particular type of creature or person is not common, but they are easy to recognize: after taking enough damage, you will read the words "The legendary enemy has changed!". At this point, these enemies will become more aggressive and you will need to focus all your fire on them to take them out quickly.

By killing them, you will be rewarded with special weapons and armor marked with a star that can be found by searching their inventory. This special equipment, in addition to having good power, often has specific bonuses that you can benefit from, such as better resistance to super mutants.

If you are a newcomer, these are our basic tips to read before venturing into the world of Fallout 4, so that you are at least a little prepared for what lies ahead. We can only wish you the best of luck in exploring the wastelands and hostile lands of the Wasteland!

For all the other guides to Fallout 4 take a look here:

Do you want to complete all the achievements and trophies and know all the tricks, guides and secrets for your video games? SoulTricks.com is a group of video game fans who want to share the best tricks, secrets, guides and tips. We offer the best content to be a source of useful information, so here you can find guides, tricks, secrets and tips so you can enjoy your games to the fullest. Are you ready to get all the achievements of that game that you resist so much? Enter and enjoy your favorite video game to the fullest!
Need for Speed: Hot Pursuit Remastered review ❯

How to get drifted Joy-Con repaired for free

Red Dead Redemption 2, 8 tips to survive in the Wild West

Add a comment from 10 tips for surviving in Fallout 4