New Nokia X20 and the whole new range of smartphones

HMD Global, a company of which the Nokia brand is part, recently presented the new line-up of smartphones of the Finnish brand that will be part of the mid-range. These are important innovations, which already start from the nomenclature. The names of the new models, in fact, will no longer have progressive numerical nomenclatures, but letters: no more Nokia 3.2, 3.3, 3.6 etc. but Nokia X20, X10 and so on.

X Series, the mid-range with 5G

The X series is certainly the most interesting among those recently presented: made up of X10 and X20, these are in fact the products that will occupy the mid-range of the mobile market, the most crowded and most requested by the public. The new products will both have the processor Qualcomm Snapdragon 480 with support for 5G networks and identical displays: a 6,67-inch panel with resolution FullHD + 1080 × 2400 with the front camera hole in the center.

The difference on the hardware side is in the RAM: the X20 will be marketed in two versions, with 8 and 6GB of memory, while the X10 instead, in three models, with two versions of 6GB of RAM and an economic version with 4GB.


The photographic sector also brings differences. Although both models are equipped with 4 sensors, the X20 will have the main 64MPX sensor, while the X10 will be 48MPX. The other 3 will be similar, i.e. two 2MPX and one 5MPX for Macro and Portrait photos. The front camera will be 32MPX for X20 and 8MPX for X10. All the sensors installed are fitted with Zeiss lenses.

Both smartphones will be equipped with a 4470 mAh battery and dual SIM housing but with the possibility of inserting a microSD and the much appreciated audio jack for headphones will not be missing. Nokia has always implemented one of the best DAC within its devices and in general, the audio sector has always been one of the essential characteristics of the brand. 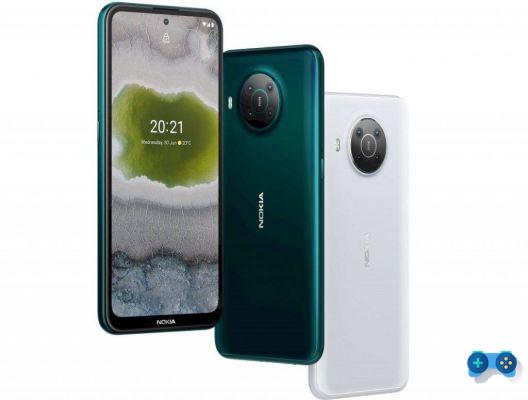 Nokia G20 and G10, the low-mid-range phones with MediaTek processor

G20 e G10 are the lower-end models of the Finnish manufacturer. With the Mediatek G25 processor they do not have 5G support, both smartphones mount a 6,5-inch HD + display, always with a front camera but with a drop notch in the center of the panel.


Il G20 will 4GB RAM in both configurations, while the G10 will consist of a model with only 3GB of RAM and another with 4GB.

Other differences concern the photographic sector: they are well four sensors for the G20 (main 48MPX, two 2MPX and one 5MPX), while in the G10 will be 3, (main from 13MPX and two sensors from 2MPX). The front camera will be identical on both devices: 8MPX.

Both will mount a 5050 mAh battery and will have both Single SIM and Dual SIM versions.

These 4 models will all be equipped with a stock-like version of Android 11 and Nokia always promises 3 years of guaranteed updates. 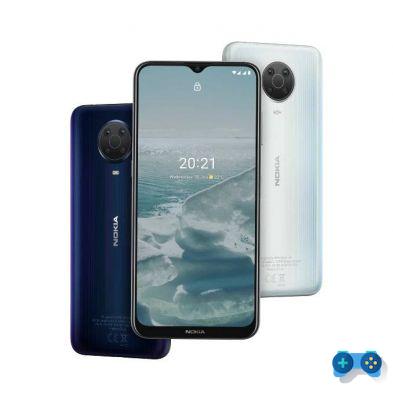 The C20 is the basic model of the Finnish manufacturer. The processor will be a Unisoc SC9863A, while the operating system will be based on Android Go (the LITE version of Android, made especially for smartphones of this category).

The display is 6,5 inches with HD + resolution and a drop notch for the 5MPX front camera.

The photographic sector will consist of a single 5MPX rear camera. The device will be available in Single-SIM or Dual-SIM version and with a 3000mAh battery. Nokia C20 will be marketed from June, in 1 / 16GB and 2 / 32GB versions with a price starting from 109 €. 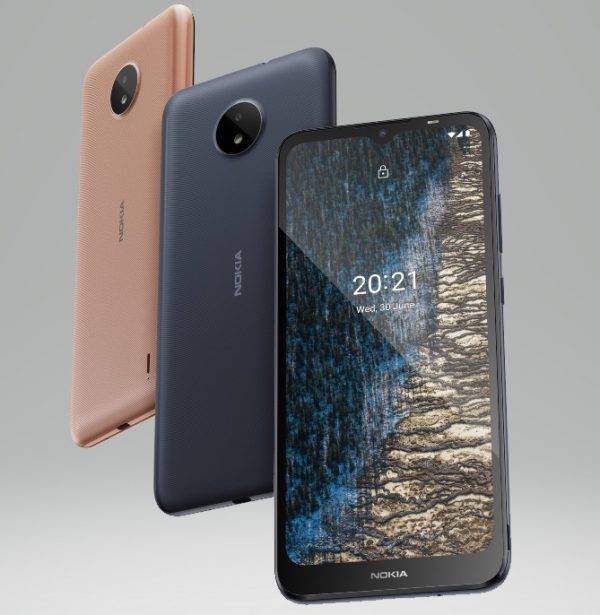 If you would like to discuss the latest tech-themed news, you can join our community on Facebook, or our Telegram channel.

Kabam announces The Godfather: The Five Families, a new title based on social gaming

Gifts for Father's Day? Cellularline takes care of it