Realme 8 Pro, with 108 megapixels and night timelapse is BEST BUY 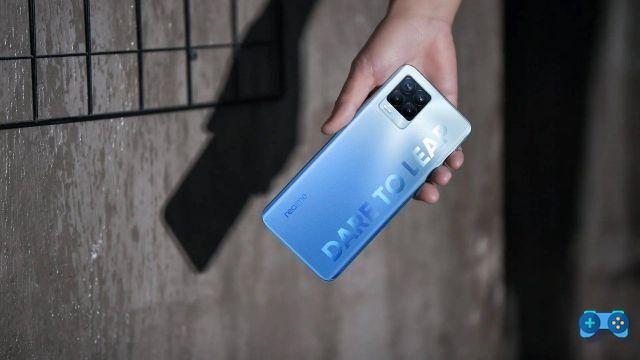 realme is a Chinese brand founded in 2018 by Sky Li (Li Bingzhong), former Vice President of Oppo and in recent years it has been able to carve out a prominent position in such a short time, offering smartphones with high-level technical features, at reduced prices.

Its slogan "Dare To Leap ", which sounds a bit like “the courage to jump”, testifies to its character as a StartUp that has made it the telephony company with the greatest increase in sales globally.

The company is looking a lot at the European market. Something not for everyone, given that our market is the rear, behind China, India and the USA e realme intends to expand its market by entering physical stores as well, especially chains such as Euronics, Unieuro and Expert.

The realme 8 Pro, is the best result of this company's philosophy: to offer smartphones with above-average features, but with a very competitive price and attractive aesthetics.

This year "also" realme focuses strongly on the photographic sector by introducing a sensor with well on its top of the range 108 MPX and some innovative features, such as the night time-lapse.


The build quality is certainly not comparable to those of the products Premium, but if you don't feel like paying an equally “premium” figure and want to stay within the fateful € 300 of a medium range, you will have to give up something. And in this range realme is among the most interesting products 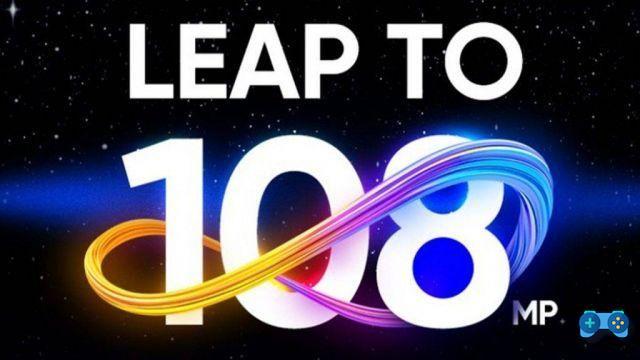 realme 8 pro is the BEST BUY of the moment.

The realme 8 pro is the most interesting product of the company in our opinion for build quality, market price and cutting-edge features and among the most important features, it has a photographic sector of an exceptional level, much higher than what the price could leave to imagine.

Let's start with the module Quad AI Camera which now sees the presence of a main sensor from 108 MPX, next to that of the wide-angle module from 8MPX and the two modules from 2MPX for macro shots and effects such as blur. The front camera has a 16MPX very performing also for vlogs. The main sensor, in particular, is a Samsung HM2 108 megapixel in 1 / 1,52 ″ format, with two modes: full resolution a 108MPX and the intelligent one that, depending on the lighting conditions, merges 9 adjacent pixels and uses an oversampling to optimize the detail or the high performance ISO.


Thanks to yours 108MPX and to a series of successive exposures, it optimizes the capture of light in night conditions and allows to obtain night photos with unburnt highlights and above all, a starry night sky. (Obviously, for long exposures we recommend using a tripod or stick).

Then there is it zoom 3x, which together with the main sensor makes a fast burst of 8 shots and from oversampling allows to obtain a greater detail than that of a simple digital crop, thus having a better optical zoom than the 3X of the competitors.

Among the functions of the camera app there is the night portrait, with special bokeh effects. Neon which emphasizes and blurs the lights in the background. Dynamic which adds a motion effect and AI color portrait, which keeps the subject in color and makes the background black and white.

With realme 8 pro the company also amazes in its aesthetics. The thickness is 8,1 millimeters and the rear sandblasted effect finish with the inscription Give to Leap in large, which runs the entire side length of the body, slightly carved and with a glossy finish, make the phone much more pleasant to the eye and to the touch, with a higher quality feel than its brother 7 Pro, which did not have the same finishes and was also thicker.

Among the other technical features we find the much loved 3,5mm audio jack and the triple slot for two SIMs and a microSD card.

CPU and Battery, good but not very good

The processor is the same as the previous model, (we expected at least Qualcomm's serious 8), but the platform Snapdragon 720G proved to be a good compromise between performance and energy consumption, becoming one of the best SOC on the mid-range. In general the interface is fluid and the responsiveness to the commands is good, so much so that realme it also considers it a device from Gaming.

The battery is one 4.500 mAh with technology of SuperDart fast charging at 50W and charge from 0 to 100 in 47 minutes that manages to keep a beautiful display on 6,4-inch Super AMOLED FHD +, with fingerprint sensor under the screen e 60Hz refresh rate for almost 7 hours of active display which results in a normal use of nearly two full days. 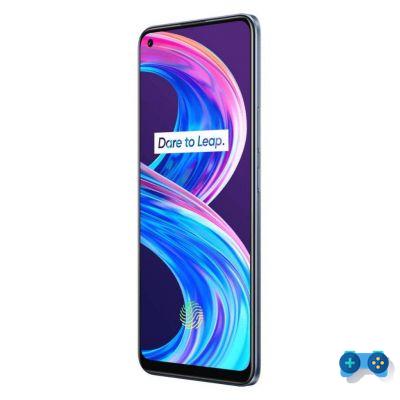 The realme UI 2.0 user interface continues on the line drawn by the previous version, that is essential, but widely customizable and full of gestures and shortcuts, with additional levels such as the games area and the smart sidebar, useful for minimizing the passage from the settings menu. The most interesting thing is the software optimization, which for a product of this price range is definitely surprising. This translates not only into a better fluidity of the user experience but also in a greater autonomy of the device.

Do you want to complete all the achievements and trophies and know all the tricks, guides and secrets for your video games? SoulTricks.com is a group of video game fans who want to share the best tricks, secrets, guides and tips. We offer the best content to be a source of useful information, so here you can find guides, tricks, secrets and tips so you can enjoy your games to the fullest. Are you ready to get all the achievements of that game that you resist so much? Enter and enjoy your favorite video game to the fullest!
Hollow Knight, guide and lore: the arrival in Dust ❯

Exclusive Trailer of the Ice Age 4 movie in the game Ice Age: The Village!

Moto Razr 2019, an interesting mix between past and future

Add a comment from Realme 8 Pro, with 108 megapixels and night timelapse is BEST BUY