Originally launched on PC over the past year, Wasteland 2 is the sequel to the original Wasteland launched in the distance 1988 and defined "spiritual father" of the series Fallout , with which it shares not only the post-apocalyptic setting, but a good part of the game mechanics, especially related to the first two chapters of the series registered before Black isle studios and then Bethesda Softworks.

The title sees the light again this year thanks to a rich re-edition that takes the name of Director's Cut and which boasts, in addition to a number of new content, also an graphic makeover and, for the first time in the series, the appearance on consoles and, more specifically, on PlayStation 4 ed Xbox One.

The title is offered in both physical and digital versions at the special price of € 39,99 and offers a range of hours of gameplay 50 to 80 hours of gameplay, without considering the wide replayability of the title that will allow you to relive the adventure as if it were the first time.

Under the command of the Colonel Vargas, we will manage a group of 4 survived previously created by us; in fact, once the adventure has started, we will be catapulted into a character creation screen and we will give life to our survivors by deciding not only name and attributes but also background and history that, for the less knowledgeable of the genre, it can be easily avoided by choosing from the already existing “stories”; moreover, exclusively for the Director's Cut version of the title, it will then be possible to choose also perk and delusions which they will attribute to our character, respectively, bonus e malus, decreeing a greater or lesser usefulness in certain situations.

La narrative plays a very important role within the title and will guide us throughout our entire adventure, deepening the backstage and so on thanks to the interesting conversations and additional text lines proposed by the Director's Cut of Wasteland 2. Even the plot itself title could, at times, be taken for granted and then turn out to be much more profound and articulated than we could ever imagine.

The characterization of the characters is handled properly and will allow us to further immerse ourselves in the game world proposed by inXile Entertainment, giving us the feeling of being in front of real human beings, and non-playable / non-playable characters managed by an artificial intelligence.

As already mentioned in the previous paragraph, the game will allow us to manage a team of 4 characters, which we will command both during exploratory phases both during the fighting which will happen thanks to a well-clever person combat system in shifts which recalls, at times, the already well-known system proposed by the oldest chapters of Fallout, including the possibility of carrying out targeted attacks a of the distinct parts of the body of the enemy in question, a feature introduced, once again, by the Director's Cut of the title.

As far as the exploration phase is concerned, the game will immediately provide us with a wide range of possibilities to choose from but which we will face at our own risk; in fact we run the risk of running into a herd of enemies far beyond our abilities, who will be happy to celebrate our own defeat with a banquet based on our flesh. It will therefore be our duty to understand where to venture and when to face, or not, a battle that could prove to be more than challenging.

The role played by the NPCs is rather trivial, in fact, in addition to managing the few activities that will be made available to us, they will be able to allow us to face secondary missions, useful for strengthening our team and obtaining useful objects, as well as deepening of the already rather intricate plot.

As for the transposition on console (it is, after all, the version we tested), it is nice to see the solutions adopted for the management of the game menus and inventory, simplified and accessible even to newcomers to the genre. 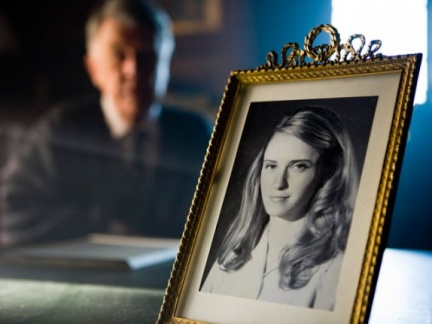 Another of the many changes made to Wasteland 2 thanks to Director's Cut it is related to the graphics engine used by the title, before Unity 4.5, now Unity 5.0. The change proved to be valid and necessary, especially from the point of view oflighting which now boasts a total makeover and gives the game environment a new look and greater realism, where the rest of the graphics sector it certainly does not serve as a graphics benchmark for the Sony home console.

From the sound point of view, for better or for worse, there are no particularities that stand out, thus guaranteeing a pleasant listening to all gamers but failing to surprise, however, the most refined ears.

Do you want to complete all the achievements and trophies and know all the tricks, guides and secrets for your video games? SoulTricks.com is a group of video game fans who want to share the best tricks, secrets, guides and tips. We offer the best content to be a source of useful information, so here you can find guides, tricks, secrets and tips so you can enjoy your games to the fullest. Are you ready to get all the achievements of that game that you resist so much? Enter and enjoy your favorite video game to the fullest!
Trophy / achievement guide - Fallout 4 ❯