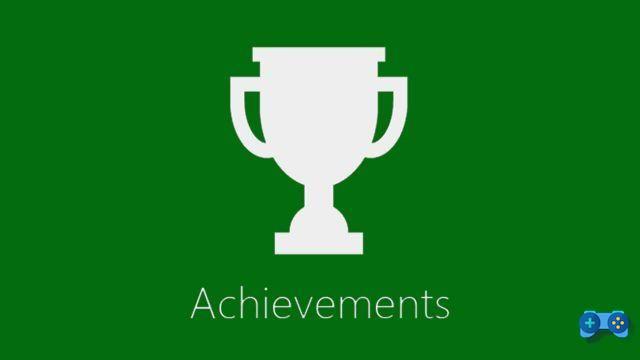 A new world to explore.

The highly anticipated Fallout 4 has finally arrived and everyone is thrilled to discover everything that Bethesda has achieved for this fourth installment of the saga. We can tell you that the game is very big and boasts a lot of new features, but we leave you the thrill of exploring it all. In the game, however, the much-renowned ones could not be missing achievements / trophies to which all completists aim, and we are here to bring you the complete list with lots of useful tips where possible. Fallout 4 matters 51 total goals, which in this guide we will report as trophies as we tested the PlayStation 4 version of the game. Given the vastness of the title, taking them all home will not be a very simple undertaking, not so much for their difficulty, but for the time required (Bethesda has confirmed over 400 hours of gameplay to finish everything, so for the objectives it will take at least one hundred).

What kind of game is it? Review link: HERE.

Where do I start?

We recommend enjoying the adventure without focusing too much on objectives / trophies, as many are tied to primary or secondary missions that you will inevitably complete as well as killing a certain number of creatures and people. What perhaps requires a bit of dedication is the creation of weapons, items and so on, as not all of them may be related to crafting, and the same goes for the search for all the Vault-Tec figurines, of which however you we will report the exact location as we update the guide.


For the less patient and only for PC players, we also point out the presence of a small "easter egg" for which you will find the explanation at the following address.

Collect all other 50 Trophies to get this Trophy

Welcome to the Wasteland

The call of freedom

Complete "The Call of Freedom"

Join the Brotherhood of Steel

The art of espionage

Complete "Undercover Under the Ground"

Get the most happiness in a large settlement

For this trophy we recommend that you use Sanctuary as a settlement, as it has a lot of space and can hold several inhabitants. The only thing you have to do is to satisfy the requests as much as possible, offering resources, defense, beds, energy and so on. In case you can't, HERE you can find the video for a “drastic” but effective solution.

Complete 50 missions in the Miscellaneous category

Although it may seem so, this trophy is not difficult: you just need to collect as many junk as possible and from time to time deposit them in any workshop to avoid exceeding the maximum transportable weight. In a short time you will be able to get the trophy in question.

What's yours is mine

Do it yourself from the Wasteland

Below you will find the list of companions and their location on the map:

Reach the highest level of relationship with a mate

To get this trophy, you will need to bring a human companion with you and perform actions or make particular decisions to improve the relationship more and more. Humans, in fact, are endowed with different characters and react differently to your actions with others. We recommend using Piper as a companion to get the trophy in a simple way, as she loves everything that has to do with good decisions: you just need to help others to increase the level of relationship.

Build 100 items in the workshop

Have fun with a holotape game

The games can be found, for example, in some magazines. Once you have found one, simply select “Data” from your Pip-Boy and enter the game.

… The more noise they make when they fall

These creatures are not easy to find, but they are recognizable precisely because, as reported by the description of the trophy, they are giants and act as bosses. Below are the precise locations of those we encountered, but there we recommend that you equip yourself with power armor and, if possible, a powerful weapon like a missile launcher or a Fatman to kill them quickly:

The press is not dead

The return of the joker

Do a home run

As it is easier to do than to explain, click HERE to watch the video on how to get this trophy.

To get this trophy, all you need to do is die from a Fatman bomb fired by a Boomer or at the hands of a suicidal super mutant. In case you want to do it almost immediately with a Boomer, just go to Lexington and go to the square in front of the Super Duper Mart. As you move to that point, it won't be long before you hear a bomb whistle followed by your death. If you have any problems, HERE you can find the video.

… They are action figures!

Below you will find the location of all the figurines:

In case you don't find them, HERE you can find the video with all the locations.

Legend of the Wasteland

Ready for the future

Decide the fate of the Commonwealth

For questions on individual trophies and advice, you can comment on the article or visit the Facebook page Soultricks.com.

For other guides dedicated to Fallout 4 take a look here

Do you want to complete all the achievements and trophies and know all the tricks, guides and secrets for your video games? SoulTricks.com is a group of video game fans who want to share the best tricks, secrets, guides and tips. We offer the best content to be a source of useful information, so here you can find guides, tricks, secrets and tips so you can enjoy your games to the fullest. Are you ready to get all the achievements of that game that you resist so much? Enter and enjoy your favorite video game to the fullest!
Resident Evil 7 demo is now available on PC ❯

Assassin's Creed Valhalla - Guide: How to Get Odin's Spear (Gungnir)

Assassin's Creed Valhalla - Guide: where to find all the cursed symbols