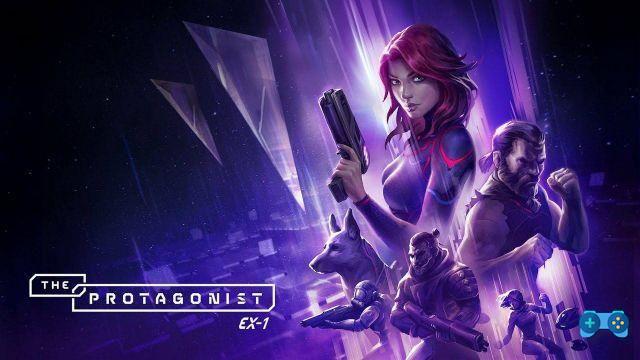 The Protagonist: EX-1 is a game of 3Mind Games with a deeply tactical soul, which will transport the player into the maze of an alien station, evoking X-Com suggestions but with some original dynamics.

The Protagonist: EX-1 and his vision of the future

We are in the near future. Humanity has evolved considerably also thanks to the strong push of a totalitarian regime known as "The Council", which imposed an authoritarian government but capable of leading mankind to prosperity. This balance is shattered by the appearance of a giant alien space station in orbit around the Earth. After a series of unsuccessful attempts to attack the station head-on, the land government instructs the "Fifth Division" to infiltrate a team aboard the station, having it deliberately captured by aliens.

The player will find himself in the shoes of Angel, one of the members of this team, who awakens aboard the alien station with most of his equipment deactivated and almost all of his memories gone. Led by the mysterious and anonymous voice of a faceless ally known simply as “The Pilot”, she must explore the surroundings, try to find her team members and survive the perils of the alien station as she tries to unravel its mysteries. 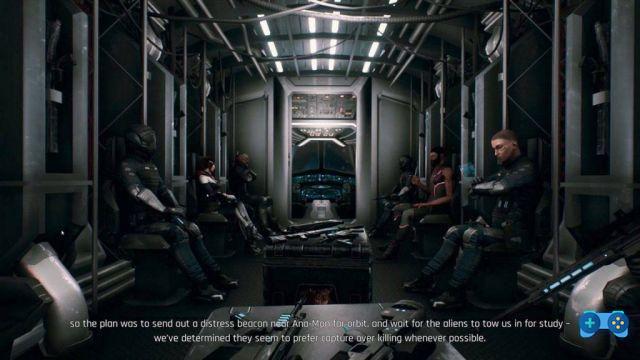 The Protagonist: EX-1 has many brilliant ideas…

The Protagonist: Ex-1 ha an RPG scaffold which surrounds a turn-based tactical combat system, in which the characters of the team move on a squared grid, having a certain number of actions and movements to be able to perform in each turn.

The combat phases are alternated with an exploration in real time, in which there is no shortage puzzles to solve; documents to find for disclose information on the plot or on the memories of the protagonist and her companions; projects and schemes for build equipment and upgrades, to be used to improve the characteristics and fighting ability of team members.

Environmental puzzles force the player to think, but they are neither intrusive nor too difficult and serve to break the monotony of combat, giving an even deeper meaning to the exploration of the alien station. The latter is enriched by dynamics of hacking that allow you to unlock doors, devices, retrieve information on aliens, on the memories of the protagonists or even schemes for the construction of objects. 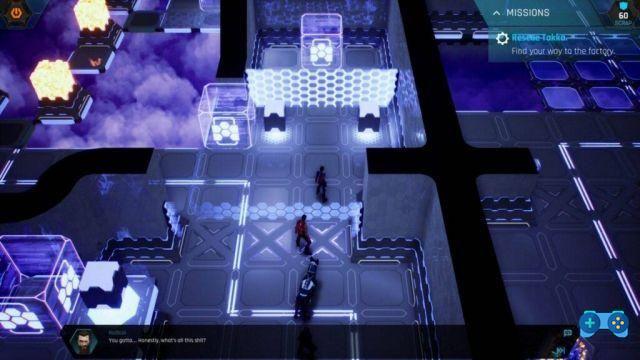 The combat is very articulated and provides, at least in appearance, a great variety of approaches and options. From the hand-to-hand confrontation, conducted with techniques that can be expressed through combos, sidearms and those from fire, also passing by grenades and tactical items.


A crafting system which allows, following the finding of the right schemes, to build and upgrade weapons, armor and consumable items, such as the med kit and other items designed to improve the team's abilities in battle. Items can be built and upgraded by spending "scraps", which is scrap that is recovered from defeated enemies or through exploration.

Each character has its own card - in perfect RPG style - where it is possible spend feature points (obtained as levels advance), improve existing skills e modify the equipment worn, ready items etc. The characters are quite well diversified, but apart from some cases they have no fixed roles and can be specialized according to the player's preferences. 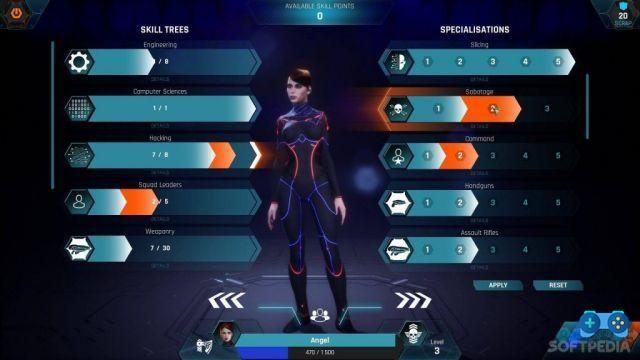 …. But unfortunately he uses them badly

Despite an intriguing conceptual approach, the combat system has more than a few flaws. To begin with, even if the developers have undertaken to insert an articulated "tutorial" that explains the various dynamics as they are introduced, this is smoky and insufficient. It will take a lot of effort to fully immerse yourself in the logic and way of thinking of The Protagonist Ex-1: and even so, some things will remain obscure and poorly explained. For a game that focuses on tactics and planning, this isn't exactly the best.


First of all the “confusing” dynamics is precisely that of body to body. The Protagonist: EX-1 allows the player to perform a close combat attack by combining many types of moves (kicks, punches, elbows and knees, at various power levels). The "combo points" that can be spent in each turn to perform these attacks are independent from those related to general actions and can, theoretically, be optimized by choosing the right combinations of attacks and the power of the same. In practice, however, it is neither easy nor intuitive to understand how these points increase over time and where it is necessary to act, in the context of the progression of the character, to improve the combat skills of the fighters, unlock combos or evolve this mechanic. Neither the direct tutorial nor the explanations given in the character screenshots can shed any light on this mystery. 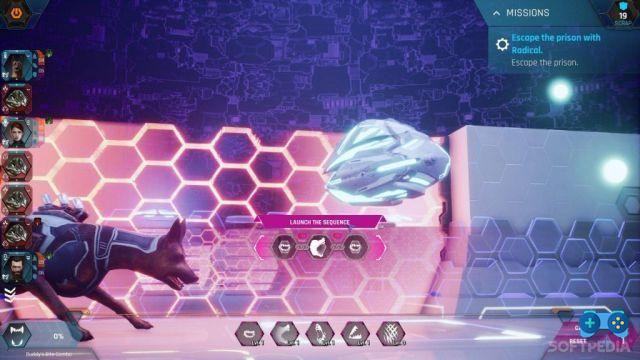 Compounding this situation is the fact that the fighting dynamics are very unbalanced. Combo attacks are weak and ineffective, in the face of the enormous damage that can be dealt with firearms. The latter are rather inaccurate over medium and long distances, but with the right "training" to use them and an accurate choice of the position from which to shoot. they are far more lethal than any close-range weapon. Considering also that it is possible, in some cases, use them more than once per turn.

All this makes the complex structure devised by 3Mind Games to articulate combos and melee, prompting the player to always use something else. A similar argument can be made for the numerous "secondary skills" available (which also fill a considerable "tree"), such as hacking and sabotage of devices and robotic enemies or "environmental" abilities that exploit the battlefield. On the other hand, the role of the “supporting character” was original and successful, but it is an isolated case.

Also the crafting system  it is quite complex, but it takes some time to master and understand exactly in which direction you need to evolve the characters to make the most of it. Again, a more incisive and detailed explanation would not have hurt. 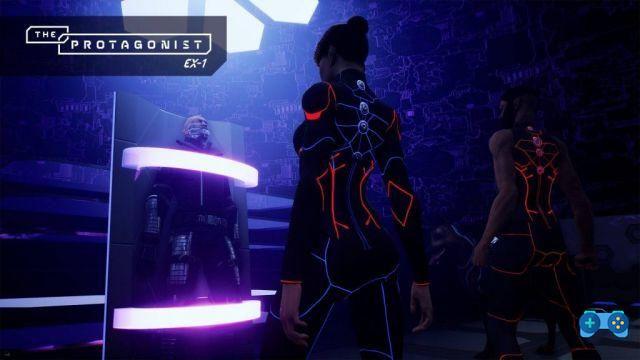 From a graphic point of view, The Protagonist Ex-1 has its ups and downs. The characters are well characterized and, especially in the context of what is expected of an isometric game, the models are well cared for and finished. Even in short filmed interludes or screenshots related to character sheets and gear, we have a rather incisive representation of the protagonists, which goes well with the dialogues (well structured, as we will see) that define the personality and carry on the plot.

The same cannot be said of the design of the enemies, quite uninspired (from the space clam-shaped droids to the Swarovski glass golems you could definitely imagine better). The spaces of the space station, on the other hand, are aseptic and minimal, but they can work to describe an alien and futuristic scenario, with a healthy outline of unknown technology. 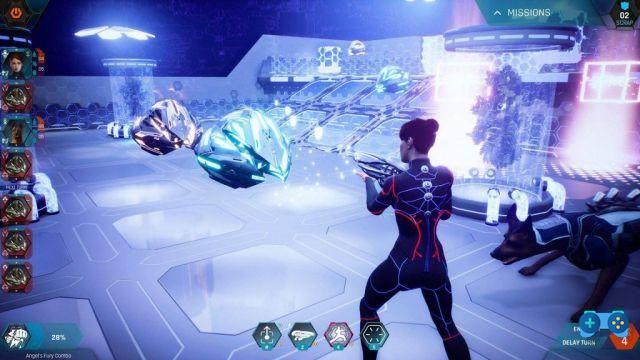 A similar argument to that made for the models applies to the animations: well the protagonists, on which a welcome "zoom" is provided even in the crucial phases of a fight; a little less the opponents, who moreover present themselves always the same (except for very small variations), giving the fights a sense of repetition that does not go well with the bad balance mentioned above. Various lighting and effects do not leave their mark, but they are also not badly done and effectively render the atmosphere of the space station. 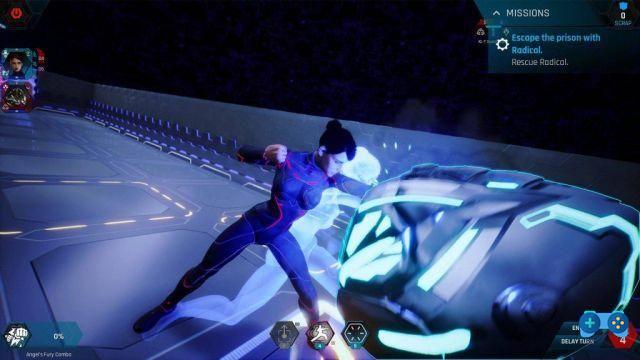 As for musicwhile being catchy and adequate, they quickly expire in repetition and become tiring.

The characters are also well characterized from a narrative point of view. The dialogues are well orchestrated and give a defined personality to each of the protagonists, also creating a significant interest in the discovery (and therefore the search) of personal information concerning them and the background of their past. Likewise, the plot of the game and the hidden elements of the setting are a valid reminder to research and exploration, which can lead the player to often deviate from the highly highlighted "main path", to explore ravines and hidden environments.

Since it is a product in Early Access we will not dwell on the bugs that the game currently has. I am, however, all venial flaws, not at all capable of significantly interfering with the gaming experience and that they will surely be fixed and fixed before launch. And given the incompleteness of the proven version, nothing can yet be said about longevity either. 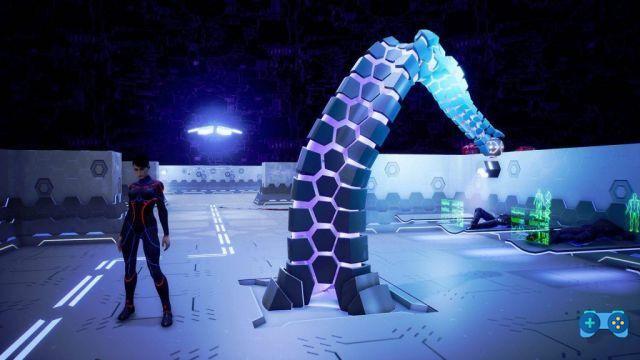 The current state, The Protagonist: Ex-1 looks like an original product in concept and gameplay ideas. These also seem interestingly articulated and developed, but get lost slightly in implementation. For example, the melee combo system is original and innovative, but the dynamics are a bit tricky to understand and the combat balance is not perfect. In this situation, many of the ideas, albeit brilliant, that have been put in place to make this game emerge from the growing mass of indies with turn-based tactical combat end up being underused and neglected, in favor of more dull and simplified dynamics: with a result ending quite lacking in the approaches and repetitive.

It might be enough, however, a better recalibration of the whole, accompanied by effective and intuitive tutorials (at the moment those present are not) to make the game fully enjoyable and allow it to fully express its potential. We hope that this little flower will be able to bloom as it should, because the underlying premises are very encouraging.

Do you want to complete all the achievements and trophies and know all the tricks, guides and secrets for your video games? SoulTricks.com is a group of video game fans who want to share the best tricks, secrets, guides and tips. We offer the best content to be a source of useful information, so here you can find guides, tricks, secrets and tips so you can enjoy your games to the fullest. Are you ready to get all the achievements of that game that you resist so much? Enter and enjoy your favorite video game to the fullest!
Destiny, here are the items on sale by Xur this weekend ❯

Skyblivion project: what it is and what is known at the moment

The Sims 3, details and images dedicated to the University Life expansion