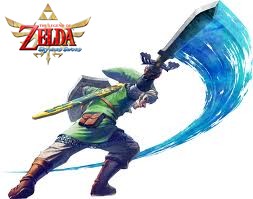 You grew up with the adventures of the young Link and after 25 years of videogame evolution, Nintendo never abandons all those who have always loved the “Legend”.

Zelda is back and we at 4news are ready to review Nintendo's latest gem.

"Some of the fun that was felt in those days was lost in the making of subsequent video games."

Reflecting on the words of Eiji Aonuma, father of The Legend Of Zelda series, we can understand how in the creation of new video games the emotions and sensations that were perceived by playing with the glories of the past are gradually fading.

Eiji Aonuma hopes that this new chapter: The Legend Of Zelda Skyward Swords can be loved and understood by all those who have spent hours and hours on the old chapters despite this new adventure wants to take the series on new routes.

At first I was slightly puzzled to understand how Eiji Aonuma could have taken this series to new routes, but after spending more than forty hours on this new chapter, I understand exactly what he means exactly by "new routes".

The beginning of this adventure is a bit special, let's see how Link is a citizen of Skyloft, a group of islands suspended in the sky above the clouds unaware of the dangerous world that exists below them.


Citizens of Skyloft they move from one island to another via giant birds, a very rare species with which Link befriends during a ceremony shortly after the actual adventure begins. As we soar through the sky with these creatures, we will be greeted by a cutscene that will show how Zelda (this time no longer a princess, but an old friend of Link), is captured by a monstrous tornado. The rest of the adventure is dedicated to finding Zelda with the help of a very powerful weapon that will eventually be the Supreme Sword (here is an element that binds this new chapter of Zelda with the masterpiece Ocarina of the Time).

As per tradition in the series of Zelda, the first chapter of the game is the Temple of the Forest that is the first dungeon that will serve as a "tutorial" and an introduction to these new adventures of Link.
A first element that will immediately fall to the eye of every player will be how the developers have eliminated the compass by replacing the function of that object with Link's weapon; explaining better you can use the Sword of Skyward in order to obtain thanks to a magical power called "dowsing" to find pieces of heart, keys, the direction to go to advance in the game and many other extras. To use this particular power, the player will have to hold the sword straight and point it in various directions later and if he perceives a very loud sound it means that something hidden, extra will be present.


As I just described, in addition to indicating the way to follow for the main quests, dowsing will also partially replace the compass, however, note that when the player retrieves the dungeon maps, the main "chests" will already be marked on them.
This substantial change to the gameplay of the game brings The Legend of Zelda Skyward Sword to distance himself slightly from the previous chapters and assume his own identity as he has always maintained Aonuma during the development of the title.

When we talk about The Legend of Zelda we are not only talking about the narration of the title, but it is appropriate to think that we are also facing new gameplay.

So is it fair to think what The Legend of Zelda Skyward Sword offers back to the player?

In Zelda Skyward Sword first of all you will find the following objects, some are already known others are new entries, let's see them in detail together:

Slingshot: An early long-range weapon. Once equipped with the necessary upgrades, it can be useful even in the most advanced stages of the game.

Beetle: Once released, this flying adventure companion goes wild, but Link can keep control of it by moving which WiiMote is there. The beetle can pick up out of reach items and cut ropes or cobwebs to help Link solve a puzzle.

Whip: The whip can attach itself to certain elements of the environment, partially replacing the use of the grapple.

During a fight, the whip can also be used to stun enemies.

Digging Gloves: These special gloves will allow Link to dig the ground to retrieve "rupees" and "hearts" and many other useful items.

The Harp: this tool will be used by Link to solve various puzzles and call creatures of Skyloft to himself.

Bomb Bag: Once Link collects this item, you will be able to use bombs.

After having listed the main objects that Link will have during his adventure, let's talk about the gameplay of the title, the source of a real revolution.

Thanks to the Wii Motion Plus, game controls have never been so deep and well calibrated.

Such precision in a title like The Legend of Zelda Skyward Sword has a big impact on in-game combat: it's no longer a matter of simple timing, the direction of the gestures the player will go through now matters enormously. The first enemies that face each other in the early stages can only be eliminated by avoiding attacking their defenses: if an opponent defends himself on the left, rightly it will be necessary to aim to his right; the jaws of a plant must be struck long and not in front; still others reveal their weaknesses only when thrown into the air with a blow that goes from the bottom up.

Furthermore, Link will be able to unleash a very special attack, this attack can be carried out by pointing the sword at the sky and concentrating his energy on it, while for the essential rotary attack it will be necessary to slide both the Wiimote and the Nunchuck towards the your left.

The gameplay of The Legend of Zelda Skyward Sword is very deep and the experience it will give to players will be truly thrilling and sensational.

Every single gesture that you are going to make during the adventure will be repeated within the game and this will deeply immerse the player in this particular and fantastic adventure.

Among the gameplay innovations not yet mentioned, the introductions of the upgrades concerning the weapons stand out. Every time we defeat an enemy he will randomly leave a material on the ground that together with the rupees "game currency" will allow the player to upgrade his weapon, making every simple game weapon a real lethal weapon ..

Just to give a small example, you can upgrade the very first game weapon sling into a super sling capable of hitting multiple enemies at the same time. This is a simple example of the many possibilities that the title is able to offer.

Each Zelda title left the player the opportunity to freely explore the game world without placing major limits on the game structure.

The Legend of Zelda Skyward Sword leaves for a moment the excessive freedom left by the previous chapters for a slightly more linear title but with multiple solutions and possibilities for exploration.

The exploratory phases that were granted to the player in the previous episodes, in this new chapter are replaced with apparently much more restricted and linear environments, with dungeons that act as a link to the subsequent Temples and with very difficult environmental puzzles (brain teasers) that to be solved they force the player to squeeze their brains.

The alternating connection between one world and another will take place through statues that will be scattered throughout the various levels of the game. These statues will primarily act as save points, second will allow the player to recall the winged creature and fly above the clouds to reach other game locations.

These trips will not be "eternal" as it happened with the sailboat in The Legend of Zelda Wind Waker, but they will be trips at a very high speed all to make the game experience less slow and more rhythmic as possible.

This is nothing new and there is no need to make comparisons with the other two HD consoles from Sony and Microsoft. Nintendo, within the hardware limitations that the Nintendo Wii console is able to offer its players, has managed to pack a good title. Let's face it, when it comes to Zelda who cares about the outward appearance of a title that is so deep and majestic and full of intensity? What the Wii may lack in graphic terms is compensated for by the artistic work of the Nintendo team and the exciting beauty of its characters, only a heart of stone cannot smile and be excited from the first game scenes. The graphic aspect of the title, when compared to all the titles released on Nintendo Wii, is one of the best, for example compared to that seen in Donkey Kong Country Returns.

The meticulous care of each character, the curated appearance of each environmental and non-environmental texture, the variety and care for each enemy that populates the world of Link's new adventure and the chromatic palette of every single color, will make everyone happy. who will live this exciting and fantastic adventure from start to finish. So you wonder what is wrong with the graphics sector?

It is not a real flaw, but the regret that the title leaves is that once again the developers have arrived late. As it had happened with The Legend of Zelda Twilight Princess where Nintendo brought its new chapter of Zelda where by now the NGC (Nintendo Game Cube) console was towards the end of its short life cycle, even here the guys from Nintendo arrive with 4 years of delay releasing this new and unique chapter of Zelda for Nintendo Wii, now with a finished life cycle, where we are now close to the new Nintendo Wii U console, with outdated graphics and revised by numerous other productions such as The Legend of Zelda Twilight Princess , and many other Nintendo titles seen in recent years.

Note how the sound sector is truly exceptional, with a mix of truly excellent and all original pieces of music! The effects of the sword strokes, the shooting of the arrows, the ambient sound of the various dungeons are also very realistic.

The Legend of Zelda Skyward Sword is a "triple A" title and although it came out very late according to the expectations of many fans, it is able to offer a fresh breath of news without ruining the global atmosphere of the series that has been kept. partly also in this chapter. It is noted that Aonuma is trying to move the franchise to new fronts in a very gradual way, if this is a move that will make fans happy it is not predictable, but we are sure that this Zelda is able to thrill and excite all those who will live there. whole adventure from start to finish! The campaign is very long-lived articulated over 60 hours to complete the main adventure, but full of numerous extras that can dramatically increase the longevity of the title. Without a shadow of a doubt this new chapter of Zelda is well done and will be one of the most interesting titles of this end of 2011!

- .. comes too late, where the Wii is now towards the final cycle!

- Interesting upgrade system, but puzzling in a title like Zelda!

add a comment of The Legend of Zelda: Skyward Sword review