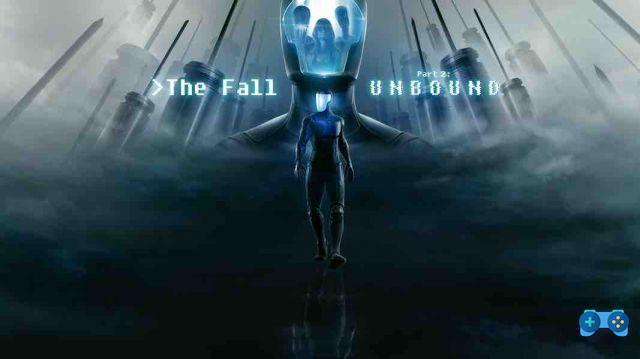 The second part of the ARID adventure

When the Canadian developer Over the Moon in 2014 released the first chapter of The Fall he would never have expected such success for his creature. The title simply surprised everyone; a little graphic adventure, a little metroidvania, she was able to amaze thanks to a courageous narrative and thanks also to a respectable sci / fi setting.

However, what allowed The Fall to establish itself as one of the best indie games of 2014 were its themes, interesting, intelligent, capable of penetrating the soul and conscience of the players.

The Fall it therefore turned out to be a more than winning bet for the company. The title was made thanks to a very fruitful campaign Kickstarter and now, four years later, the second chapter arrives on the market: (of a trilogy, it should be remembered) The Fall Part 2 Unbound.

This second chapter takes up the good things seen in part 1 and amplifies it to the nth degree. If in the first title we could glimpse the evolution of the character of ARID (the artificial intelligence protagonist of the title), in this part 2 we will have full confirmation.


What would happen if machines, robots, at any moment came out of their schemes and mechanisms and began to experience emotions, feelings, fears? All questions to which, thanks to The Fall Part 2 Unbound we will be able to give you an answer. 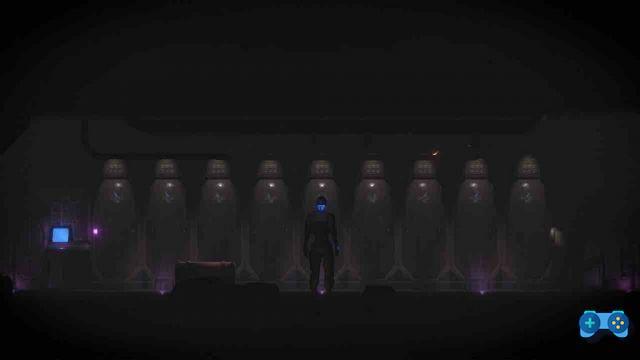 My mission? Save me

The adventure of The Fall Part 2: Unbound it starts exactly where the first chapter left off.

Having become aware of the situation and analyzed the surrounding environment, our protagonist, in no time at all, will categorically reject the idea of ​​being "deactivated" but will try to fight with all her might to try to survive, whatever the cost. Precisely this purely "human" desire denotes the transformation of the protagonist. From a cool, calculating AI, it is now evolving into one that is more emotional, thoughtful and as close to being called "human".

During the ARID adventure, intent on completing her "new" mission, she will meet other "special" AIs, each of which will have its own unique personality and ability. Through their help it will be possible to overcome obstacles and difficult situations that the game will put us in front of. But the price to pay will be high ..


Since the key element of the title is its narrative component, we will avoid going further, but, if you are a lover of the sci / fi genre or, more generally, of any type of science fiction work, in this The Fall Part 2 Unbound you will find bread for your teeth.

Over the Moon has managed to create an intriguing, mysterious but at the same time satisfying and, if possible, better story than the one made in the first part of The Fall trilogy. 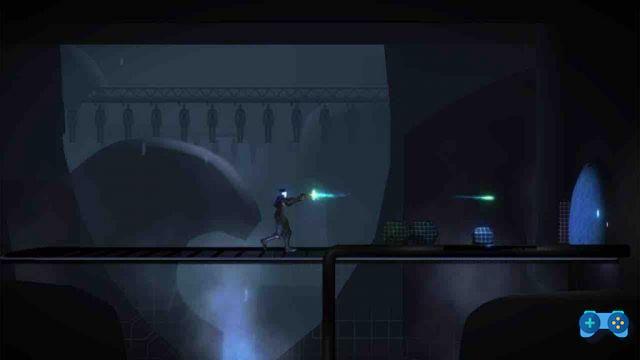 If from a narrative point of view The Fall Part 2 Unbound appears solid and valid, the same cannot be said for the actual gameplay. The game, as already mentioned, is mainly a graphic adventure seasoned with some action sequences in pure “Metroid” style.

As for the more exploratory "point and click" section, the game will put us in front of a series of puzzles and challenges that are not at all trivial and that, almost always, can be solved in a completely logical and thoughtful way. Through a torch available to ARID (and all the other androids that we will check) it will be possible to make the points of interest with which to interact with appear in the scenario.

To overcome the various puzzles that the game will propose we will therefore have to rely on the torch and, often, we will be called to collect information and objects, perhaps even in a certain order, hidden in the scenario.

Continuing the adventure and unlocking new "allies" the challenges will become even more difficult and complex. The characters that we will be able to use will end up being more and more connected to each other, sharing particular experiences and skills. This expedient allows us to re-examine some places from a different perspective, without making the progression in the story tedious and will be vital in solving puzzles.


Unfortunately, despite a good variety, the puzzling component is not always excellent. Although it never happens to be faced with meaningless challenges that can only be overcome by luck, a better calibration of the difficulty level would certainly have benefited. 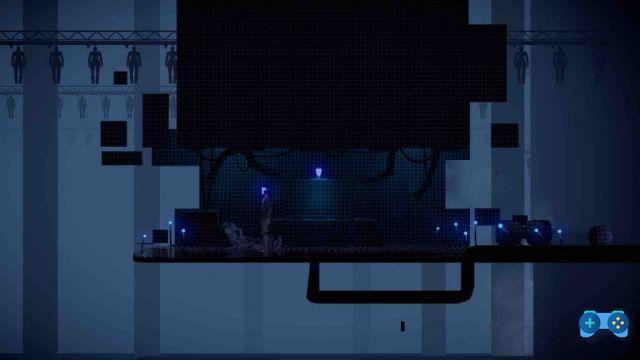 As in the first chapter of The Fall, also in this sequences the action sequences seemed to us the weakest element of the whole production.

The developers have tried to change the cards on the table a little, slightly modifying the combat system compared to the past. The covers present in the first The Fall have thus disappeared, an element so criticized that it did not go well with a game with side-scrolling shooter elements.

In this sequel, ARID will face off against a series of deadly viruses that it will find along the global network in which it has been trapped. At our disposal we will only have an energy gun and some extra skills that we will get as we continue in the main adventure.

The fight against these enemies is immediately simple and very clear. To defeat the viruses we will have to wait for the right moment to attack them, as our enemies will only become vulnerable once they have turned blue.

To help us, the developers, in this sequel, have introduced the possibility of jumping on various platforms, scattered throughout the scenario, in order to make it easier to dodge enemy shots and bullets.

All in all, in this The Fall Part 2 there has been a clear improvement compared to the past as regards the more action part of the title, but it remains uninspired and certainly not memorable, thanks to an almost non-existent difficulty. 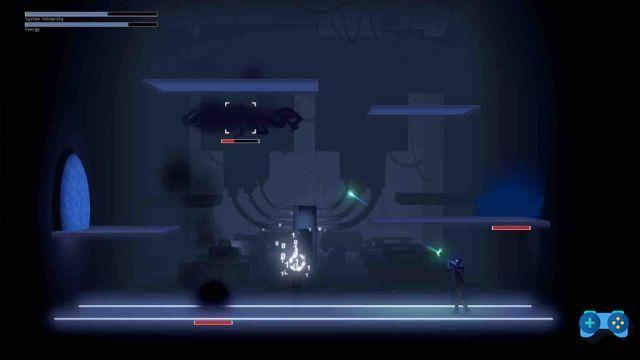 The Fall Part 2 Unbound puts us in front of one of the darkest and most gloomy sci / fi settings ever seen in a videogame production. If from a technical point of view the game is not exceptional, on the other hand it is the artistic realization, especially as regards the setting. The latter is truly inspired, so much so that it is as gloomy and anxious as it is alive, real and hidden in that aura of darkness and mystery that has always intrigued human nature.

From a graphic point of view, the developers have focused more on the hard than on the details, creating in any case clean and well-defined polygonal models.

The game is also capable of surprising as regards the sound sector. In The Fall Part 2 Unbound we will find a perfect mix of classical music / silences / metallic noises that, all together, manage to give the title a truly respectable ambient sound, capable of keeping the tension high in critical moments and relaxing the nerves. in the quieter stages.

Special mention also goes to the dubbing in the truly excellent original language, capable of giving each individual character its own "soul" and personality.

There are also subtitles in our language. An addition that is not at all obvious and which, nowadays, is becoming increasingly rare commodity to find in these small independent productions.

The Fall Part 2 Unbound takes the good things seen in the first chapter and proposes it again in this sequel, improving it, but without distorting the nature of the title. The narrative is always the strong point of the production, mature, intriguing, able to kidnap the player and lovers of the sci / fi genre. Unfortunately, the title is not free from defects, which can be found mainly in its playful nature. Not very exciting fights, a slow progression and a general longevity not excellent, unfortunately limit the potential.

Waiting to see how the series will end, The Fall Part 2 Unbound remains an appreciable and valid title, capable of touching mature themes and establishing a deep bond between the player and the character of ARID

add a comment of The Fall Part 2 Unbound Review