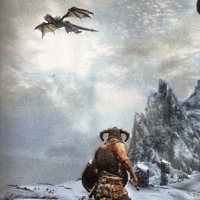 Update to test the future patch 1.4!

Bethesda informs us that The Elder Scrolls V: Skyrim is using the beta functionality of Steam to provide users with a preview of the 1.4 update currently in development.

What does it mean BETA? This update is still under development. Apply the update at your own risk and only if you encounter the problems listed below.

Be sure to back up your saves or just be careful not to overwrite them. If you decide to participate in the beta program, your old saves will still work with the current version of Skyrim (v 1.3).

1. Log in to Steam.
2. Click on Steam in the top menu.
3. Select Settings.
4. On the Account tab, go to the Beta Participation section and select Edit.
5. From the drop-down menu, select Skyrim Beta.
6. Select OK.
7. Steam will be restarted. After rebooting, Skyrim will be updated to the currently available beta version.
8. If you decide you no longer want to participate in the beta, please follow steps 1-4. From the drop-down menu, select NONE - Unsubscribe from all beta programs. Steam will restart and Skyrim will be automatically updated to the previously released version.

Fixed a script optimization issue for bookshelves in the player's home that caused latency of active scripts and an increase in the size of the save. (PS3)

· Fixed an issue with Haemar's Shame stuck if the player has already completed “A Daedra's Best Friend”.

· Fixed an issue with accented characters not being displayed at the end of a line.

· Fixed an issue with the display of Dragon Priests' masks.

· Fixed an issue with missions progressing incorrectly after reloading a save.

· Fixed issues with placing and removing books on shelves in the player's house.

· Fixed an issue where racks and plaques for weapons in the player's home would not work properly if the player visits their home before purchasing any furniture or furnishings.

· Fixed an issue with the player's house not being cleaned in Windhelm.

· Fixed an issue with the attacks and absorption of the spells of the giants.

· Fixed an issue with the ash piles not being cleaned.

Fixed an occasional issue related to an overwrite error on an existing save.


Fixed a memory freeze issue in the containers menu.

· Fixed an issue where traps in Shalidor's Labyrinth did not work in the French, German, Spanish and Italian versions of the game.

Fixed an issue with the occasional failure to return to human status from the werewolf form.

Bows and daggers display correctly when on weapon racks.

TROUBLESHOOTING OF MISSIONS
· The unusual gem inside the Thalmor Embassy is now accessible after finishing “Diplomatic Immunity”.

· In "Security Break", the pledge of the mission is no longer necessary to have Olava the Weak read the future.

· Fixed an issue where Galmar does not correctly complete "Joining the Storm Shrouds" if "The Endless Season" is an active mission.

· Fixed an issue where starting "The Endless Season" after completing "Joining the Storm Shrouds" prevented "The Hooked Crown" from starting correctly.

· In “Arniel's Quest”, fixed an issue where a mission log was triggered multiple times.

· In “Forbidden Legend”, the amulet fragment no longer disappears after the player exits the cave without taking it.

· Fixed a rare issue in “Forbidden Legend” where killing Mikrul Gauldurson in stealth mode made his corpse inaccessible.

· In “The White Vial”, the vial no longer disappears if the player leaves the cave without retrieving it.


· "The white vial" starts correctly if the player already has a bramble heart in inventory.

· The player no longer gets stuck in the Misty Woods after completing “A Night to Remember”.

· Fixed an issue where leaving Riften during "A Dangerous Chore" prevented mission progression.

· In "The Return of Darkness", a door in the Twilight Tomb opens correctly if the player leaves the cave for an extended period of time before completing the mission.

· In “Revealing the Invisible”, if the player leaves the Ocularium for a long period of time after placing the Focusing Crystal and then returns, the mission proceeds correctly.

· Fixed an issue where Tonilia would no longer buy stolen items and would not provide Guildmaster Armor.

· “The Vial to Repair” starts correctly if the player already has perennial snow and mammoth tusk in inventory.

Finding Pantea's flute before talking to Pantea no longer prevents the related mission from updating.

· In "The Coming of Dawn", fixed a rare issue where a quest item was incorrectly appearing on the Katariah during "Ave Sithis!"

· Fixed a rare issue in "The Mind of a Madman" where the player was unable to equip the Wabbajack.

· Fixed an issue in “Shards of the Past” where Mehrunes Dagon's Razor would not activate properly if the player left the cell for an extended period of time before activating it.

· "Blood and Honor" starts correctly if you have already visited and completed Driftshade and a long period of time passes before starting the mission.

· Fixed a rare issue where "Watered Drinks" did not start correctly.

· Fixed an issue where the player could not become Thane of Riften if they first bought a house.

· Fixed a number of issues related to the activation of "Blood on Ice".

· In "Blood on Ice", Calixto can now be killed if the player owns a house in Windhelm.

In “The Cure for Madness”, killing Cicero and then resurrecting him no longer prevents the quest from progressing.

· Fixed a rare issue in “To Kill an Emperor” where a non-player character would not die properly.