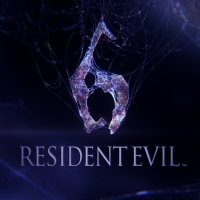 Capcom announced today that in Resident Evil 6 to PC you will find a new mode called "The Mercenaries: No Mercy".

This mode allows access to up to eleven players at the same time, but we leave you to the official press release to find out more, followed by a dedicated trailer.

Capcom has announced that Resident Evil 6 for PC will contain a new exclusive mode titled The Mercenaries: No Mercy. Up to eleven players at the same time can have fun eliminating hosts of organic bio experiments and, if they are good enough, achieve absolutely incredible scores.

Resident Evil 6 for PC will be on sale starting March 22, 2013, this version will include direct access to the story of Ada Wong and her partner, the ability to adjust the game's camera to your liking and full support for all services offered by ResidentEvil.net from which you can also check how the game will run on your machine thanks to a free benchmark test.


In addition, all owners of Resident Evil 6 for Xbox 360 and Playstation 3 will be able, starting from March, to download a new online multiplayer mode entitled "Siege", in which players will have to deal with a BSAA recruit who is in trouble.

Two teams, one made up of the creatures that must kill the recruit and the other made up of the protagonists of the game whose purpose is to save her, will compete in a challenge to the death.

The "Siege" mode will be downloadable from March for only 320 Microsoft Points / € 3.99 In February, all owners of the Playstation 3 version will be able to purchase the Survivors, Predator and Onslaught modes for only € 3.99 each. Finally, all DLCs will be available for the PC version immediately after the game is released and all updates to the console version will be available for free for owners of the PC copy.

add a comment of Resident Evil 6, trailer and details of the PC version