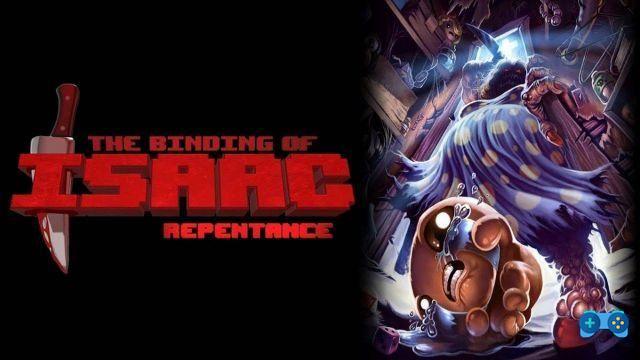 In accordance with what was announced in January by Edmund McMillencreator of The Binding of Isaac, today comes out Repentance. It deals with of the latest expected DLC for the popular roguelike game. The expansion, announced in 2018, provides new enemies, rooms, bosses, characters, weapons, bonuses and various elements. The DLC will be downloadable via Steam starting today, at the cost of 14.99 €.

As already happened with The Binding of Isaac: Afterbirth, the expansion injects more sap into the game, adding a completely new variability to the already very diversified lots. According to the author, The Binding of Isaac: Repentance is additional content that it had already been prepared for some time, but the release has been postponed several times just to guarantee adequate testing and maximum refinement and quality at the time of release.

It is foreseen, for a future and a date not better specified, even the release of a console version di The Binding of Isaac, but for the moment the game remains a 'PC exclusive.


About The Binding of Isaac

The Binding of Isaac it's a game roguelike, or one of those in which every time you die you start all over again, but being able to make use of elements obtained in previous matches. The game, characterized from a unique aesthetic of its kind, was published in 2012 and has achieved ever-increasing popularity thanks tohuge variety (the map and the routes are entirely procedural) e to the excellent balance of the degree of challenge and other elements. In 2015 the expansion The Binding of Isaac: Afterbirth has almost completely revamped the game, with a huge amount of new content.

Now, a another six years later, the game is renewed again. Will young Isaac be ready to face all the new pitfalls in his path? Further updates on The Binding of Isaac are available through the Twitter account of its author.

Do you want to complete all the achievements and trophies and know all the tricks, guides and secrets for your video games? SoulTricks.com is a group of video game fans who want to share the best tricks, secrets, guides and tips. We offer the best content to be a source of useful information, so here you can find guides, tricks, secrets and tips so you can enjoy your games to the fullest. Are you ready to get all the achievements of that game that you resist so much? Enter and enjoy your favorite video game to the fullest!
Pokémon Link review: Battle! ❯

League of Legends, the new card game from Riot Games is coming

Add a comment from The Binding of Isaac, "Repentance" DLC available