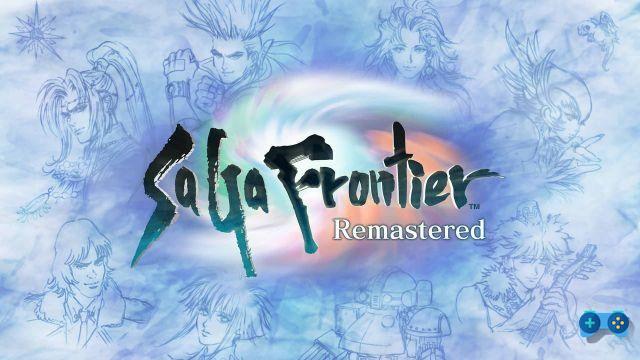 Developed and supervised by the General Director of the SaGa series Akitoshi Kawazu and the manufacturer Hiroyuki Miura, with drawings by Tomomi Kobayashi and the music composed by Kenji ito, seasoned veterans and newcomers alike can enjoy a host of exciting new improvements and additions that were not present in the original version when it was released in 1998. Launched in Europe for the first time, SaGa Frontier Remastered features beautifully remastered graphics , new content, the new eighth playable character and new character events. Other game feature updates include double and triple speed boosts, New Game + mode, a new redesigned UI, a story chart feature, and autosave.

“I am incredibly excited and proud to breathe new life into SaGa Frontier and to bring new additional features, the character of Fuse and more to the remastered version, something the team and I wanted to do for the original, but at the time we weren't. able to do that, ”Kawazu said. “As the person who worked as part of the development team on the original, I can't wait for Western gamers and a new generation of SaGa fans to immerse themselves in the world and history and experience the latest version of the SaGa series! "

SaGa Frontier Remastered is part of SQUARE ENIX's SaGa franchise which so far includes Western versions of Romancing SaGa 2, Romancing SaGa 3, SaGa SCARLET GRACE: AMBITIONS and Romancing SaGa Re; univerSe. SaGa Frontier Remastered builds on the multiple storylines of the original cult classic by introducing previously cut content, including the main scenario of Fuse and several new events for fan-favorite character, Asellus. Players will experience this adventure as one of eight heroes through the free scenario system, with each character committed to their own storyline and goals, exploring the sci-fi fantasy universe known as “The Regions”. Players will be able to experience the game in different and exciting ways based on their choices, discovering unique worlds, technology and magic.

Do you want to complete all the achievements and trophies and know all the tricks, guides and secrets for your video games? SoulTricks.com is a group of video game fans who want to share the best tricks, secrets, guides and tips. We offer the best content to be a source of useful information, so here you can find guides, tricks, secrets and tips so you can enjoy your games to the fullest. Are you ready to get all the achievements of that game that you resist so much? Enter and enjoy your favorite video game to the fullest!
Metal Gear Survive, a new beta is coming ❯

Assassin's Creed Valhalla, the release date has been brought forward

For Honor is free on Uplay

Code Vein: the demo will be updated with new features