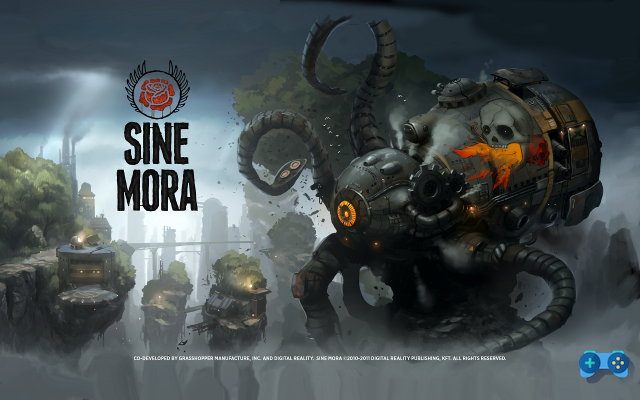 A storm of bullets.

Exactly five years ago, it arrived on the market, first exclusively on Xbox 360 and later also on PS3, PS Vita and PC, Sine Mora a side scrolling shooter developed by Digital Reality e Grasshopper Manufacture. The title managed to have a good success thanks to a rather inspired style and a really convincing gameplay that mixed classic elements of the past, taken from titles of the caliber of R-Type e Gradius to innovative mechanics that although on the whole did not upset the genre of Bullet Hell, they turned out to work perfectly.

After five years, Grasshopper Manufacture e THQ Nordic return to the gaming scene with Sine Mora EX, a more content-rich version that is available for purchase on PlayStation 4, Xbox One, via Steam on PC and later also on Nintendo Switch. Be careful to consider the title a simple remastering of the original or a sort of "expansion", because this is not the case; we had the opportunity to test Sine Mora EX for several hours and we can tell you that the title brings with it several features that could push the owners of the original edition to purchase.

Before throwing ourselves headlong to talk about the elements that distinguish Sine Mora EX, let's briefly explain what the narrative plot of the game is. Let's say first of all that the story is not immediately understandable, in fact at the time of Sine Mora, several reviewers complained of a certain confusion in the plot, defining it in no uncertain terms "hard to follow". However broadly speaking, Sine Mora tells of the rebellion of some Enkie, a technologically advanced alien race that has discovered the secret to slow down and / or reverse the flow of time. 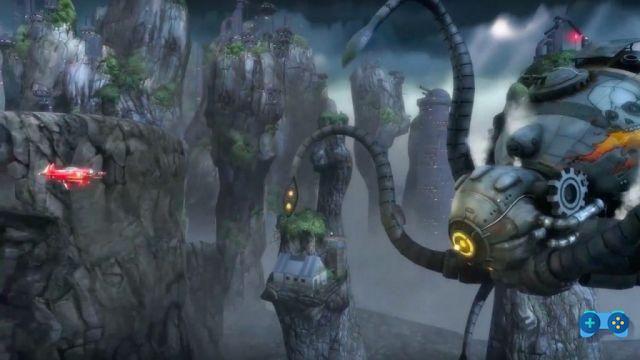 To counteract the totalitarian military regime that has reduced them to slavery and which would like to use the technological knowledge acquired by the Enkie, the revolt against the emperor Nessa, ruler of Layil, to put an end to his atrocious and oppressive tyranny. During our adventure, we will have the opportunity to deepen the story of each individual protagonist / anthropomorphic pilot and their alternation, will make the plot as a whole deep, challenging to follow but also very enlightening when we are explained what actually happened.

The story is still well told and manages to blend perfectly within the gameplay also thanks to the different cutscenes present, which however could “annoy” those gamers more accustomed to pure action and who do not particularly appreciate a more staid rhythm that such interlude scenes involve. However, it is possible to skip the cutscenes and throw yourself headlong into the fray, amidst miles and miles of enemies and bullets that flood the screen. 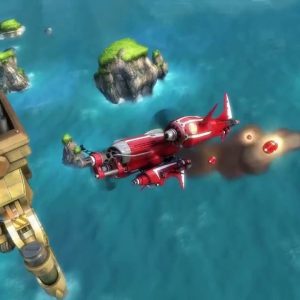 The advice we can give you is to play for the first time, first of all by arming yourself with a lot of patience, following the narrative trend and the various cutscenes present (Story Mode) and only, after having deepened the plot, start a new game and skip the cutscenes to face the game in a more direct and adrenaline-filled way or directly face the Arcade mode which completely eliminates the narrative component, makes you choose the aircraft, the pilot and also select a particular temporal power compared to the standard one of the story mode.

The pilots, as well as being armed to the teeth, through a primary weapon e a unique secondary weapon with limited hits, possess the ability to be able manipulate time. In practical terms, as long as we have collected a sufficient number of time capsules, we can slow down the game stage to our liking. It goes without saying that this ability will be very useful in the most challenging encounters and in which enemy bullets will be particularly difficult to dodge. Furthermore, the life energy bar is absent and has been replaced by a countdown that flows inexorably, which will further decrease with each enemy hit and will increase when instead we hit and knock down our targets.

The ability to slow down time also allows you to recover the power ups present in the various game stages. In addition to getting ammo for the secondary weapon, score multipliers, shields and time capsules, we will have the opportunity to upgrade the main weapon thanks to the nine upgrade levels available; the best strategy is not to be too defensive but to repeatedly attack our enemies in such a way as to rapidly increase our rate of fire.


However, we must pay close attention to enemy moves, because being hit, in addition to making us lose precious seconds, will also lead to a reduction in the firepower of our vehicle. Here we will have to think quickly, perform crazy maneuvers to recover the lost power ups that roam the screen. A game system that is certainly complex and demanding, which leaves no way out, severely punishing us for our every hesitation but which on the whole works perfectly.

It's more fun with two

The news of Sine Mora EX are not over, however, as the local cooperative mode was also introduced, only in Story Mode, which allows two to tackle the story. The first player will control the main character while The second one he will have to shoulder him with the help of a cannon that can shoot at 360 ° and a shield. The second player will be slightly "penalized" as he will not have secondary weapons and all the upgrades collected will automatically go to the first player. Playing in two certainly offers something more to the experience, but having "differentiated" the first player from the second leaves a bitter taste in the mouth. In our opinion, it would have been better to avoid this distinction and have both players try their hand at the cooperative mode on equal terms. 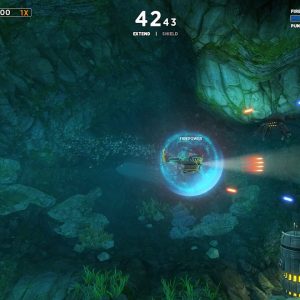 To "increase" the replayability of the title has also been introduced a Versus mode which basically includes three mini-games. Canis Canem Edit, will see the two opponents in the middle of a rock storm, face each other blow for blow in an attempt to break down; Domus Mea et Praecepta Mea is a split screen mode in which each player must defend generators from the opponent's offensive and finally Festina Lens, where the two aircraft cannot hit each other directly but must try to avoid obstacles.

Those Versus challenges seem to be the real weakness of the production, as they represent mediocre additions that fail to be particularly appreciated. Surely more interesting are the new challenges, or a series of tests that are unlocked after passing the previous one and that can give headaches even to the most experienced players.

Compared to the original 2012 edition, Sine Mora EX yes presents with an updated graphic layout. The resolution is in Full HD at 60 FPS, also allowing you to select both a 16:10 and 16: 9 aspect ratio. To underline the presence of dubbing in English alongside the Hungarian one. We also close by talking about the soundtrack composed by Akira Yamaoka, which like his past works, Silent Hill to name one, turns out to be of excellent quality.

Sine Mora EX already started from very solid foundations and the work done by Grasshopper Manufacture to bring the title to next-generation consoles was nothing short of superlative. The new graphics are remarkable and the gameplay mechanics are practically perfect, which are clean and fluid in any situation. An applause goes to the great Mahiro Maeda who managed to propose really challenging and memorable multi-stage bosses. If you have already had the opportunity to flesh out the original title, the main addition that could bring you back to Sine Mora is certainly the cooperative campaign, for those who have not had the opportunity to play it, Sine Mora Ex represents the right opportunity to play a real pearl of the Bullet Hell genre. 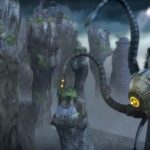 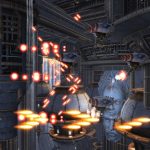 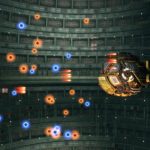 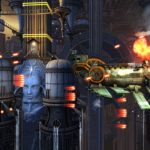 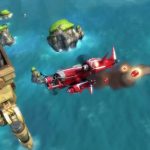 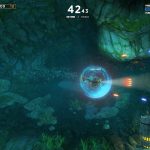 The Bestiary is finally coming to Final Fantasy XV ❯