Marvel superheroes are back to smashing Danish bricks.

Lego Marvel Super Heroes 2 is the sequel to the first chapter of the same name, one of the best LEGO titles ever. Not only did it offer for the first time a really good glance and set new standards, from a technical point of view, for the series (it inaugurated the first of a long series also on PlayStation 4 and Xbox One), but it changed the cards on the table proposing new elements. Open world, semi-secondary missions, larger levels and free roaming, the ability to fly with certain characters: all this started with Lego Marvel Super Heroes, and then landed in LEGO Avengers.

Given such a successful game, it would have been foolish not to play another card, which is why so many Marvel superheroes have not made an appearance in LEGO Avengers. In this way it was possible to launch Lego Marvel Super Heroes 2, focusing among other things on some of the most recent films of the cinecomics series: Doctor Strange, Thor 3 Ragnarock, Guardians of the Galaxy 2 and of course we expect DLC dedicated to the new Avengers and Black Panther, whose films are soon arriving in theaters around the world.


Returning to LEGO Marvel Super Heroes 2, let's see what's new in the cauldron of Lego titles: is it really worth the ticket price? We tell you ours.

We make up the story

How do you justify the presence, in the same context, of all the heroes of all the Marvel universes of all times? A story is invented from scratch, possibly with implications linked to the violation of the laws of space-time. Similarly to the first chapter, LEGO Marvel Super Heroes 2 is a mix of many characters (known and less known, but above all made famous by the latest films) thrown at random in more or less known scenarios 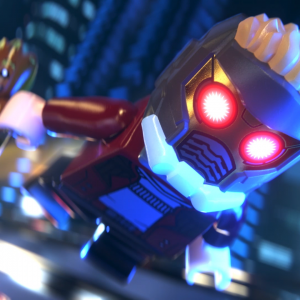 The short and predictable narrative premise, for a title we remember is primarily (but not only) designed for families and children, it is the arrival of Kang the ruler, which with a very powerful instrument is able to violate the temporal laws. He can basically rewind the flow of events as he sees fit, and even teleport himself and his henchmen here and there at will. Suffice it to say that for him to appear a Celestial in a space station is a small thing. And the Celestials are the oldest and most powerful creatures in the universe, if you don't know.

Our story begins with the wise use, for narrative purposes, of a bit of healthy fan service. Baby Groot and the Guardians of the Galaxy they have to contend with Kang's first enemies in a space station. An excellent first world that serves as a tutorial for the few game controls, immediately showing that Lego Marvel Super Heroes 2 does not upset at any point the mechanics of its predecessor (which were winning) by faithfully reproducing the formula. However, if you are a practitioner of LEGO titles in general, you will know well how rarely there are any changes in the mechanics. Here, this second chapter, unlike the first, seems to give up regardless of leading the way in new situations ...

Lego Marvel Super Heroes 2 fails to be a title in the series completely equal to the previous ones, in terms of situations, combat systems, explorations and even collectibles. It seems that the developers have simply taken the cult characters from their environments and then transported them into the title, without worrying in the least whether the game formula (however successful in recent years) has become stale or not by now. And the truth is that the LEGO-themed video game series is beginning to experience some signs of fatigue.

Let's clarify: the game is very fun, and will delight both adults and children. Ma 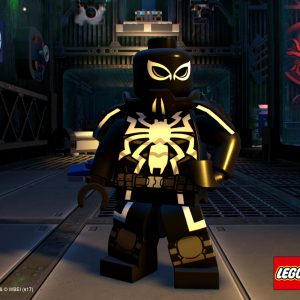 they will have to take it, precisely, for what it is, one of many on the market, with a price that is simply not available at the moment for the content offered. The playable characters are infinite, the worlds of interesting dimensions and favor exploration, replayability is favored by the very high number of collectibles. Difficulty simply doesn't exist (rather sometimes it's unclear what we need to do, due to on-screen confusion), and progression is designed for players of all ages and types.

As always, each character has about two attacks and shows his potential with the special ability, which can be activated in certain contexts (usually to reach collectibles). Thus, Iron Man has a laser beam that can pierce gold surfaces, Rocket Racoon a missile launcher capable of detonating silver ones. Some characters can then transform, like Groot, going from basic to giant form (Hulk is among them, yes).

A note of merit to the extreme fidelity and love with which every single character is left inside the video game: the care for the animations and for the study of the heroes shines through in every smallest detail, it could be said that the real commitment of the production is visible in the playable characters. So, if the details of the little Baby Groot are meticulous and faithfully reproduced, how can we not smile at the sight of Star Lord wearing headphones (strictly made of LEGO bricks) and starting to dance to the notes of the film's conson? With lots of musical notes in the air, of course. Same goes for the accuracy of the anti-sarcasm jokes of Drax the Destroyer.

Lego Marvel Super Heroes is yet another LEGO title that lands on all game systems currently available, for Nintendo Switch we will have to wait until early December. The game is fun, long-lived, and reproduces environments, situations and heroes from the Marvel universe with unimaginable fidelity. The mechanics should be a bit modernized, however, and the same could be said for the graphic / technical sector. of production. 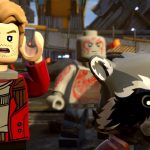 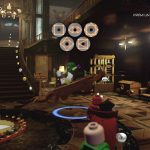 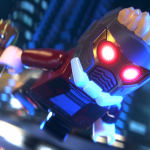 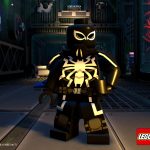 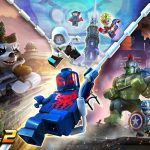 The Legend of Zelda: Breath of the Wild, how to get infinite Rupees ❯