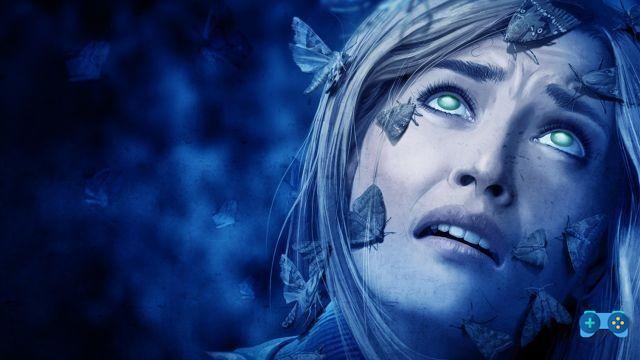 What is hiding in the darkness?

Perception is a horror adventure developed by a team made up in part by people who have worked on the likes of BioShock e Dead Space. They take on the role of Cassie, a young blind girl who relies solely on her hearing to explore the world around her. The title was developed by The Deep End Games and will take us to explore a disturbing haunted house in search of answers, facing pitfalls and solving various kinds of puzzles.

From the trailer released a few months ago, there were all the conditions for Perception to keep all expectations. In part, the ideas proposed by the developer have their own why and raison d'être, on the other, unfortunately, the title fails to emerge and be appreciated as we would have expected.

The woman without fear

As mentioned at the beginning of the review, the protagonist named Cassie, she is a blind girl who is able, however, to exploit her great cunning, intelligence and a device, similar to an iPhone, thanks to which she can use various applications that help her move more than easily. Moreover, thanks to a very fine hearing, just like the fearless man Daredevil, he is able to reconstruct an image through sounds and noises. We will immediately find ourselves in front of a ghostly mansion, in the middle of a harsh winter near the town of Gloucester. After a short phone call that tries to distract us from entering the house alone, the brave Cassie decides to enter to find out what are the mysteries that are hidden and above all to understand why she has frightening visions that seem to come from her remote and painful past. 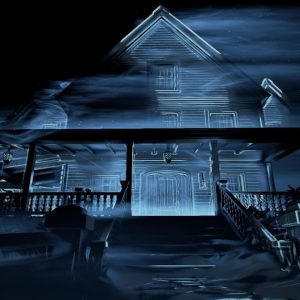 A dark and disturbing presence somehow affected the life not only of Cassie but also of the people who lived in Echo Buff's mansion. The young protagonist wants answers to why she seems to be closely connected with the tragedies and mysteries that have occurred in those places. Initially there seems to be no real common thread, but by exploring the rooms and analyzing the various objects that will be highlighted in front of us, it will be possible to reconstruct the events and obtain an answer. All the events will be told to us through the audio log scattered around the villa, which will help us to move groping in the darkness of the house that will change configuration; crossing time and different situations we will reach a truly unexpected final epilogue. Needless to say, there is a dark presence that hovers over us, which will try to prevent us from getting to the much desired answers, appearing in the blink of an eye attracted by too much noise.

The screen will show us the presence, which will turn yellow when the presence has perceived us and becoming blood red when it is in our immediate vicinity. In this case, the only solution is to hide in huge baskets scattered around the house, paintings, beds etc. We will have no way to defend ourselves, but the enemy's lack of shrewdness and intelligence will work in our favor most of the time, sometimes even leading us to escape them for a trifle. On some occasions, however, we will not be able to rely on sound sources to orient ourselves in the dark rooms of the mansion and to overcome the problem, Cassie, you can use a comfortable cane which beaten on the floor will provide us with the image of the surrounding environments. The beauty of Perception lies in the fact that we joypads in hand will see with our eyes many things that the protagonist will inevitably not be able to see, for example objects that move suddenly. 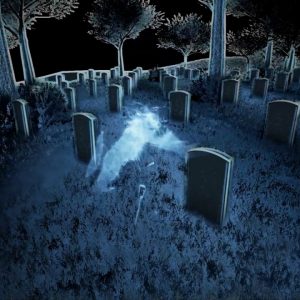 All our actions will be practically accompanied to help us at best to reach the set goal. In addition to Cassie's abilities, sometimes a little extreme, such as being able to run quietly without hitting any obstacles, in our support we will be able to count on various functions present in the smartphone. Among these they turn out to be quite functional, the function that reads us the texts and another that by contacting an operator will provide us with the description of the photo that we send him. Let's say that it will never be particularly difficult to investigate and understand how to solve a particular puzzle or a specific situation. The freedom with which we carry out our actions is rather skimpy, as the whole story follows a very specific trend. We will not have particular problems in advancing in the adventure, a little calm and cold blood will be enough. Everything will move more towards the final chapters of the experience, thanks to greater action and a greater understanding of the events that occurred in the villa. It is a pity that the first chapters turn out to be slightly subdued and sometimes flat compared to the final ones and the epilogue conclusion otherwise Perception would have turned out to be a small pearl.

In conclusion, speaking from a technical point of view, the game does not behave very well, to a rather captivating intro, between a heavy snow that is falling outside the villa, doors slamming, noises and creaks, sudden changes in the configuration of the house that will lead us to find an alternative way, is contrasted with a lack of attention to detail and several really annoying bugs. Chapter after chapter, these defects will become more and more evident and the mediocrity of the graphics engine will inevitably reveal itself. On the other hand, the audio sector is of good quality, not so much for the music, which most of the time will remain confined to Cassie's smartphone, but for the effects and noises that will give us that sense of suspense typical of such a title.

The English dubbing has been finely edited, so if you want to fully enjoy the adventure and have no problems with the English language, we advise you to deactivate the subtitles also because it has happened most of the time to find an overlap between English and Spanish text a bit annoying.

Although the premises gave us hope, Perception fails to excel in almost anything. A very good plot, well told and structured, which manages to make the title reach the sufficiency, is contrasted by a sometimes patchy gameplay that fails to make us identify at best in the shoes of the poor but courageous and charismatic Cassie. The title inevitably ends up being inconsistent. The environmental puzzles, all too easy to complete and linear exploration and really tedious traits, do not convince. Very sorry, because the basic idea was there but it remained practically unfinished.

Do you want to complete all the achievements and trophies and know all the tricks, guides and secrets for your video games? SoulTricks.com is a group of video game fans who want to share the best tricks, secrets, guides and tips. We offer the best content to be a source of useful information, so here you can find guides, tricks, secrets and tips so you can enjoy your games to the fullest. Are you ready to get all the achievements of that game that you resist so much? Enter and enjoy your favorite video game to the fullest!
Prey, here are the PC version requirements ❯