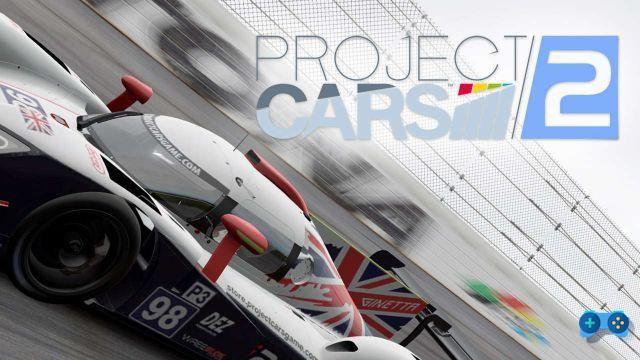 Let's warm up the engines.

Over the past four months, auto stocks have literally flooded the market. First DiRT 4, then F1 2017 and finally the very recent WRC7, games we have talked about extensively in our reviews. Among the most anticipated titles, however, two in particular inflamed the hearts of racing fans, Forza Motorsport 7 and the driving simulation of Slightly Mad Studios, or Project Cars 2. The first very successful chapter, was created through the World of Mass platform. Development, created to create video games produced by the players themselves rather than by a real publisher (in fact only later did Bandai Namco Entertainment take over). It was indeed possible to register on the official website and purchase "packages" of different types and values ​​depending on how much you wanted to be involved in the development.

The members of the community could not only act as beta testers and try the new builds of the game every month or week, thus providing their impressions but, some very lucky users, could even talk directly with the developers, attend meetings and propose changes. It was therefore a real crowdfunding project and in exchange the lenders got a reward on the proceeds from the sale of the game. Project Cars 2 has basically taken the same path, again involving the community of enthusiasts and therefore trying to propose a more advanced and realistic product than its predecessor. Project Cars worked very well, thanks to the scalable driving model, a good career mode and the icing on the cake represented by the dynamic weather. The flaws were not lacking, indeed, one of these concerned the unconvincing artificial intelligence. This was certainly not a small aspect, but also given the "modality" with which the development of Project Cars was started, it took a back seat. Now with Project Cars 2, there are no more excuses and Slightly Mad Studios is called to a great test of maturity.

Not for the faint of heart

Why do we buy racing games? To play with friends? Take a ride on a racing car that we will never be able to afford? The answer, at least for most, is a sharp no. We buy a racing game to create our virtual alter ego and compete in the career mode. Mode that for years, in almost all motorsport titles, has given so many emotions and satisfactions. What's better than seeing us up there on the top step of the podium? Here, even in Project Cars 2, we started from the career, noting, right from the start, that the English developer has "spared no expense", thus offering a package that is too rich in content. The offer includes all the existing track and road competitions and consequently the choice of the car inevitably passes through a vast fleet of cars. Here we immediately notice the first real novelty of the title, in fact, unlike its predecessor, Project Cars 2, it can count on the right mix, offering more than 180 cars, from Open Wheel to Indycar, then passing through the very powerful LMP1, LMP2, Touring Cars, Vintage Prototype and Road Cars. 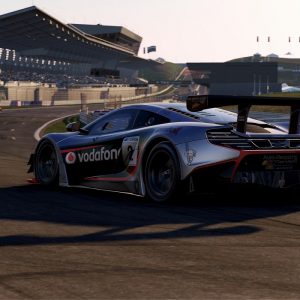 In short, the vehicle fleet represents a real evolution compared to the somewhat dull one of Project Cars. Now the title offers a garage that is truly suitable for any taste. Climb aboard ... No, wait, first you have to sign the contract and set the driving aids. Here it will be up to you to decide which and how many aids to have available. Assisted steering, assisted braking, ABS, stability control, traction control, mechanical problems, damage, fuel consumption and other parameters. It is also given the possibility to set the HUD, whether to have the driving trajectory or not, the track map etc. Obviously a lot also depends on which peripheral you will use, as we usually say in the reviews that concern motor games, it is almost impossible to use the controller and disable all the available aids. So if this is your intention, arm yourself with a good steering wheel. 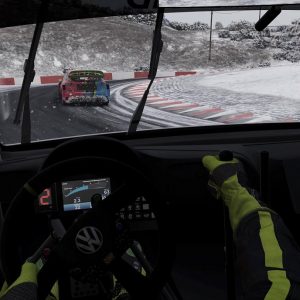 Before starting we will also have to set the career, deciding whether to carry out free practice and qualifications (choice available for each GP), set the level of difficulty and the time duration of the race. On the track, we will be asked to find the right setup of the car, both manually, a function recommended for the most experienced and by intervening on the right aspects, they will be able to adapt the car to their driving style and through a question and answer system, through which it will be possible to the engineer to assist us and ask us if we have had any problems or the car setup does not provide that right feeling when driving, for example oversteer, understeer or if the car lacks top speed. The career mode proves challenging, proposing various events, sudden changes, after a handful of races, of the category or to face events and special tests. But be careful, the choice to continue in that particular category or take the "big leap" will remain firmly in the hands of the player, who will be able to decide whether to totally change the genre of racing or follow a more linear career.

Unlike other “similar” titles, Project Cars 2, provides a more real and certainly convincing approach to obtaining cars. You will not compete to get credits to spend to buy new cars, but, based on the event or in any case the choice of the manufacturer, we will be provided with the racing car. Some cars will be obtainable when the agreement with the manufacturer increases, or by facing events on board specific cars or in particular weather conditions. The career therefore represents the fulcrum of the single experience, proving solid, with good longevity, in fact it provides six tiers over the course of several seasons and fun. If you really want to find a fault, the English developer has not made much effort on the consistency of the narrative, focusing more on the large amount of content available rather than on a real career of an immature and promising pilot. 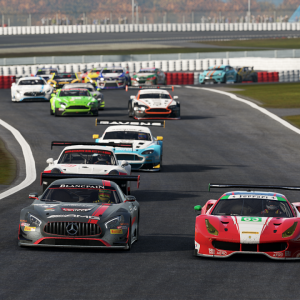 Gasoline instead of blood

In addition to the full-bodied career mode, what interests most is the driving system. It's not like that of Assetto Corsa, probably for a few and it's not like that of Forza Motorsport 7. So where does Project Cars 2 fit in? In the middle. With this we are not telling you that it can fit everyone like a Turn 10 Studios title, but surely by working on the right settings, you will be able to bring the car to the finish. The Madness Engine is the driving force of the game and seems to have now reached full maturity. In fact, the work done on the physics is excellent, we will perceive the vibrations of the car and the changes in the view when we literally jump on the curb. Also thanks to the plugin Live Track 3 at each change in weather, the vehicle will suddenly change behavior. Rain, scorching heat, snow, as we know, affect the ambient temperature and consequently also the tires and their grip.

The engine behaves very well, thus giving us a real feeling of what really happens on every type of vehicle and on every surface, from the road to the track. The circuits, defined as “Living Tracks”, are about 40, with 120 variants and will be modified according to the time of the competition, the season and precisely the weather. When it rains in particular, rain will accumulate in some areas of the track, just like in reality. Be careful not to miss the trajectory otherwise you will find yourself in serious difficulty. The discordant note concerns some situations that arise, sporadically or not during the race. Sometimes, regardless of the track conditions, you will face the curve as you did in the other previous laps and find yourself spinning for no good reason. These situations, in addition to costing us the race, since there is no rewind function like in other motorsport titles, makes the experience frustrating at times. 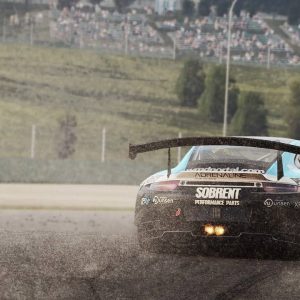 The artificial intelligence of Project Cars was not the best, for this reason the London developer has spent many hours in making it as real and simulation as possible. First of all, through two comfortable sliders we will be able to set the skill level of the opponents, from beginner, passing by ace and arriving at pro and the aggressiveness of the opponents, from cautious to aggressive. Furthermore, when we face a custom race, we are allowed to determine the number of opponents, up to 31 and the position of the player on the grid. What we perceived is that setting the opponent's AI at best is not easy, the same problem has also occurred in other titles of the genre, but here it was really a challenge to find the right balance to make the competitions competitive at the right point. . Nonetheless, we must say that the aggression of the opponents has finally been calibrated downwards and we will no longer see the disconcerting situations seen in the past. The system, however, behaves very well or almost on traditional road circuits, a different matter for the Open Wheel races, inevitably more "fragile" than the traditional ones. On the other hand, in other categories, we went from Michael Schumacher to avoid his own, thus dominating from the first to the last lap, to being last due to an inexplicable loss of grip. It goes without saying that the balance between AI, type of circuit, surface, car, is not exactly the best. 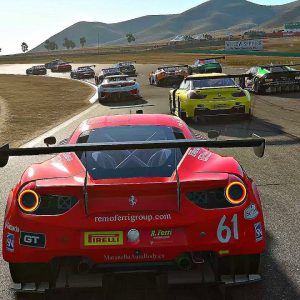 We conclude this review by talking about online multiplayer and the technical aspect of the game. In the first case, a significant evolutionary leap was expected, and although this was not the case, we can be satisfied. We will be able to face community events, time trials and wink at eSports, as Slightly Mad Studios has directed Project Cars 2 in this direction. The offer completes an already vast package, also providing a license system that monitors the performance of each individual user. In doing so, it seeks to offer a balanced challenge rate. Finally, there is a streaming system for the races that also allows us to set the shots and comment on them. Technically instead? The game, in Xbox One version, runs on 972p (up from Project Cars' 900p) to go down to 864p On the frame rate, however, we are on 40-50fps during dips with small tearing problems.

As for the polygonal work done on the vehicles and on the tracks, the result is amazing. The quality of the detail gives an idea of ​​how much dedication has been put into making each car (interior and exterior) and the circuits (especially in adverse weather conditions) look their best. We close with the sound, in the face of well-made and convincing engine roars, we have a revisable and not unforgettable soundtrack. Really a pity!

Project Cars 2 it represents an authentic driving experience, perhaps still a little rough and to be refined but overall fun, versatile and satisfying. The flagship of the production is the career mode, rich in content and very long-lived. Once the car park has been expanded, you will be spoiled for choice and the number of circuits present. The already excellent dynamic weather of the previous chapter makes its return and will make every race unpredictable, influencing not only our driving style but also the conditions of the track in general. Improved the opponent AI, still far from perfect, far from it, but more realistic than in the past. Brava Slightly Mad, the road is the right one, keep it up! 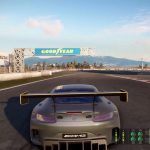 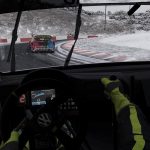 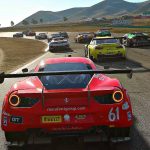 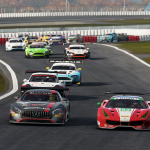 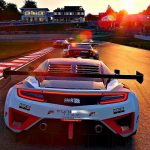 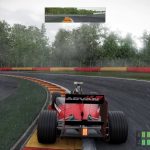 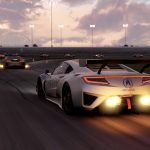 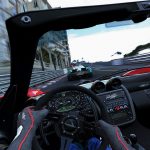 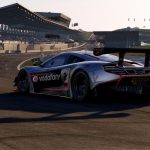 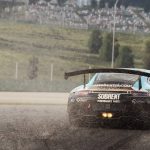 Sea of ​​Thieves, guide to start your journey ❯