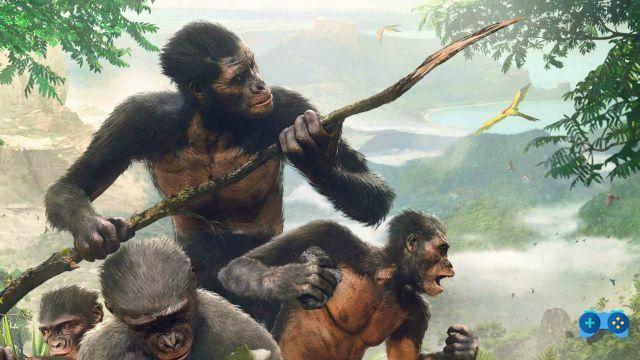 Surely the month of November is known for the arrival of other high-budget titles, but it must be admitted that the arrival on PS4 of Ancestors: The Humankind Odyssey is a breath of fresh air in the industry.

On the other hand, Patrice Desilets has accustomed us to certain types of novelties, from the Assassin's Creed series to the 1666: Amsterdam project. His genius seems to have been harnessed to the Panache Digital Games team that with a small budget and staff has shown that it is possible to create innovative projects on PC and Console.

Ancestors: The Humankind Odyssey is a particular title to say the least, it puts us in the "shoes" (or hairs) of a group of monkeys, whose sole objective is survival.

The environment that you will find waiting for you is extremely hostile, every mistake can potentially cost you your life, from the intake of unsuitable foods to the attack of too powerful predators.

The purpose of the group of monkeys controlled by us is to increase their respective abilities, which will not be limited to the expansion of brain and neuronal capacity, in fact they will also concern the social sphere, from alliances to mating, without forgetting the typical custom of "Spulciatine".


The game will not present itself to you with long and unedifying tutorials, in fact you will be catapulted into the middle of the African jungle, a hostile environment full of dangers, but also of challenges to overcome, just like our anthropomorphic ancestors. The use of the senses of the primate that we control is of fundamental importance in the continuation of the adventure, thanks to the five senses and the use of the intellect we will be able to discover different things, from hiding places to fishy areas, without forgetting plants and potential tools.

Ancestors: The Humankind Odyssey has the difficult goal of making you discover the world from another point of view, without taking anything for granted, every discovery is important for you and for your clan. 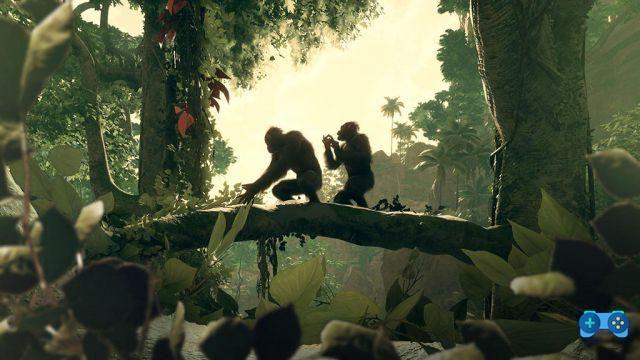 The pleasure of discovery

The concept behind this game is nothing short of fantastic, and it works very well. Of course, during the first few games you will face you will experience the bitter taste of defeat and death.

By becoming familiar with the commands and with the modus operandi of the title you will see that things will succeed in a more immediate way.

In addition to death, the game will prepare you for an excessively frustrating discovery system, such as to lead to prematurely closing a session, often in fact you will find yourself facing long impasses, as you do not know exactly how to proceed.

However, if you are able to measure your patience, Ancestors: The Humankind Odyssey is one of the few titles able to provide a dose of satisfaction and satisfaction that makes you re-evaluate the title.


Even in the way of orienting the game is particular. In fact you will not find a map to help you, you will be tracing the path, following your senses in fact you will be able to find paths or paths free from dangers or rich in flora and food. 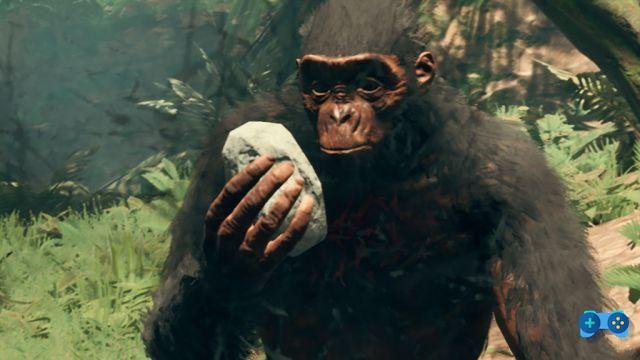 The night is dark and full of terror

Just as the Red Priestess from Game of Thrones would say, the world you face will try to eliminate you every single moment.


In the beginning, you will be just helpless monkeys and a single shot of tigers, crocodiles or snakes will be enough to greet you and your offspring. In these cases it will be necessary to avoid the blows, and unfortunately the game's combat system does not make this mechanic exciting, press the button at the right time and you will dodge any attack, up to take refuge in the tall trees of the African jungle.

The fighting dynamics remain boring and repetitive even after you have developed the right tools to defend yourself from the beasts that will threaten you (which will patiently wait for your passage). 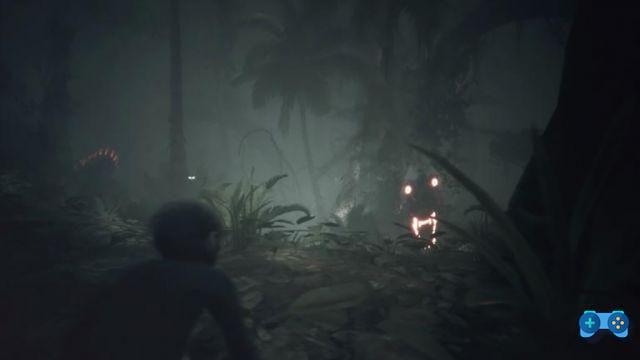 Without going further into the typical mechanics of the game, the experience proposed in Ancestor's: The Humankind Odyssey, leads you to the enrichment of a large skill tree, all based on a neuronal level. In fact, through a trial and error system as appropriate, your primates and your clan will learn about the opportunities and threats of a particularly adverse world.

Unfortunately this knowledge, together with a kind of "eagle eye" ante litteram is not transmitted directly to the progeny, forcing us to force its release as done with their ancestors. Do not be discouraged so if you have to face again all the useful path for the neuronal growth of your furry avatars, evolution takes time right?

If you love crafting and grinding, in this title you can find bread for your teeth, as the survival mechanic is the essence of the title and we do not hide that after creating some tools the satisfaction has taken hold of us, to the point of feeling us real adventurers.

The natural noises combined with a soundtrack with tribal elements make this adventure particularly suggestive. The same scenarios are treated discreetly, this is also made possible by the use of the powerful Unreal Engine 4.

The graphics sector remains very similar to that seen previously on PC, bringing with it strengths and weaknesses. In fact, we have found that NPC behaviors are overly basic and cumbersome, obviously reducing the joy of interacting with other creatures.

Ancestors: The Humankind Odyssey
7.5 / 10 Soultricks.com
Available on PS4, XBOX One, PC
For

- The discovery system is extremely satisfactory

- The progression is interesting ...

- Some dynamics are repetitive

- Behaviors of NPCs and combat systems to be reviewed

Summary
Ancestors: The Humankind Odyssey presents itself as a title with a strong innovative matrix, in fact a similar theme is totally new in the industry. On the other hand, we could not expect less from Patrice Desilets, known for his ability to innovate. The title will not present itself to you with unnecessary preambles or long tutorials, rather it will catapult you into the middle of the action and leave the pleasure of discovery and growth of your progeny exclusively to you. Unfortunately, it is not free from defects, from repetitiveness, a typical element of survival to the artificial intelligence of NPCs, which often is absent or in any case not very realistic. At the same time, the setting and the soundtrack will be able to bring your imagination back to the jungle of millions of years ago.
gameplay
Graphics
Sonoro
Longevity
Final judgement
Do you want to complete all the achievements and trophies and know all the tricks, guides and secrets for your video games? SoulTricks.com is a group of video game fans who want to share the best tricks, secrets, guides and tips. We offer the best content to be a source of useful information, so here you can find guides, tricks, secrets and tips so you can enjoy your games to the fullest. Are you ready to get all the achievements of that game that you resist so much? Enter and enjoy your favorite video game to the fullest!
PS Now, Resident Evil 7 and Final Fantasy XV are added to the catalog ❯

Add a comment from Ancestors Review: The Humankind Odyssey