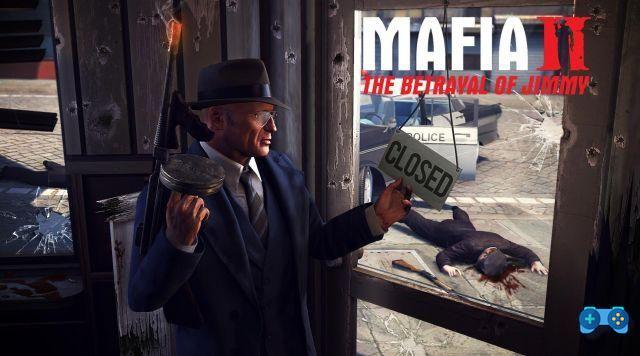 Betrayal always has a high price to pay!

2K Games recently released for its Mafia II, the title developed by 2k Czech, downloadable add-on content (DLC) that enhances the experience and enjoyment of the game. In the edition for PlayStation 3 it is possible to take advantage of the adventure named after the release of the title The Betrayal of Jimmy (Jimmy's Betrayal).

Unlike the main story in which we play Vito Scaletta, in this expansion we play the role of Jimmy, an indomitable troublemaker and mercenary employed by a boss of the organized crime.

There is no peace in this city

Empire Bay will be traveled far and wide again and this time in the guise of Jimmy. The opening video announces what is then the path that leads the protagonist to the final fulfillment of the betrayal. Indeed, the title leaves no room for imagination. Without going any further on the plot and spoiling the surprise of the ending, the game begins with Jimmy struggling with a chore. Outside a warehouse, the protagonist must fight his way through a small number of enemies, or yellow faces as he calls them, and escape in a car parked nearby. When he arrives at his destination, the boss who commissions the main tasks urges him not to make mistakes of any kind. From this small mission, the beginning of a series of quests divided into main, difficult and less difficult secondary ones.


The map of Empire Bay this time is tinged with more points of interest; each mission appears as a well-defined symbol and in a different color depending on the degree of difficulty: red for main missions, purple for difficult secondaries and green for more affordable ones.

If before the goal used to be only a red dot given the linearity of the main title, this time the greater variety of missions makes the title more similar to a free roaming, to the Grand Theft Auto IV. 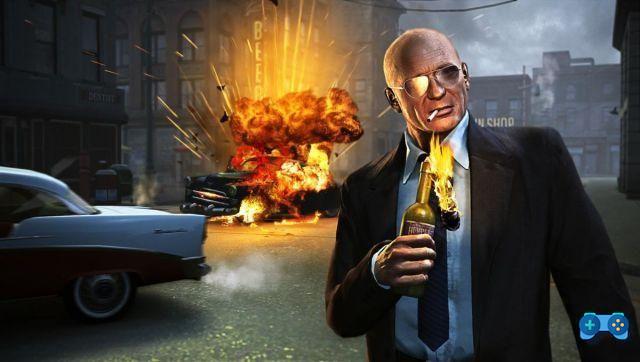 Do me a favor, Jimmy

The missions that appear on the map are accepted when we go to the point of interest and view the request on the screen. Every friend, colleague, acquaintance of Jimmy contacts our alter-ego almost always as if it were a personal favor. What is important for the story is to complete as much as possible to put together the pieces that make up the truth about the dirty business in which our "hero" is embroiled.

However, the goal of our wanderings is not just to get to the bottom of the story. Each of the 12 missions allows you to collect points that go to classify your work within a general classification. This stimulates the replaying of missions in order to get a higher score. Each completion of a main one unlocks its secondary ones, and living them in pure free roaming style becomes somewhat difficult to sow the police after urban warfare clashes. In fact, one of the tasks is also to destroy clothes shops belonging to a Chinatown gang, all to be done in broad daylight, with the police certainly not watching, much less the opponents of the place. Hitting them in a precise and deadly way increases the score obtained with a sort of multiplier, just as drifting or racing in a car adds seconds to the timer.


Each main mission has a time limit. Completing them in the shortest time possible significantly increases the total score. As always, garages can be used to restore the car, repair it, modify it and so on. There are bars and food places to help restore the life energy bar. The city lived in this DLC is very engaging also due to the fact that we will be allowed to explore completely new places.

Jimmy's charisma is strong in this DLC. Thanks to the dubbing in Spanish, the main character manages to capture the player from the very first minutes. The jokes that highlight his character go well with that of a possible mercenary from Empire Bay.

Those in possession of the limited edition PlayStation 3 of Mafia II can enjoy this not insignificant expansion for free. For all others, you can opt for the purchase at a cost of 9,99 euros from the Playstation Network Store. The story is not trivial even if the ending seems obvious and returning to the cities of Empire Bay completes the title in the best way, adding a slightly different gameplay and close to the title of GTA IV. Completing the missions with the highest score allows you to be competitive with the other Jimmies on the network in an overall online ranking. There main story can be completed in about 4 hours on normal difficulty, while you get to about 6 hours by completing even the secondary ones. Unfortunately, there are no Trophies for this expansion.

add a comment of The Betrayal of Jimmy review, Mafia II DLC