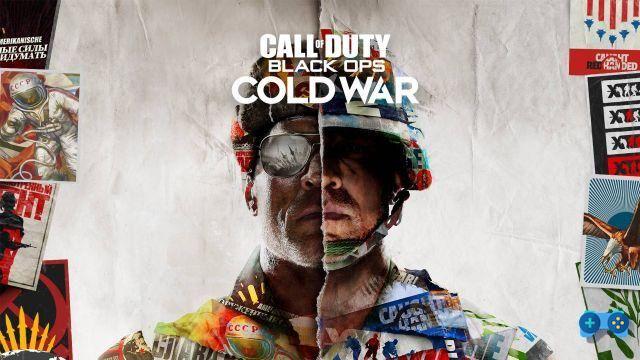 The world of videogames has always been crossed by epochal schisms and Manichaean categorizations. Consular and PCists, Sonari and Boxari, lovers of Pes and supporters of Fifa, worshipers of the god COD or adepts of the Battlefield sect. But among these great subdivisions there is a very particular one that concerns Call of Duty. The schism within the COD community has been going on since Activision, in 2006, following the global success of Call of Duty 2 di Infinity Ward, decides to entrust the new chapter of the franchise no longer to the team of Vince Zampella (founder of the company and then after the dismissal "for insubordination" father of the software house Respawn Entertainment) but to the boys of Treyarch.

Since then, Call of Duty players have been divided between supporters of the chapters developed by one or the other team even if, for at least five years, the there had been very few acolytes of the Treyarch sect.

The turning point came with Call of Duty: Black Ops, which really marked the halfway point for Treyarch.

In fact, Black Ops achieved so much critical and public success (19 million copies sold and over $ 650 million in revenue in the first five days of marketing) to convince Activision to create a real series in the series entirely entrusted to the guys of Treyarch, who with the Black Ops they thus became Infinity Ward's main competitors. 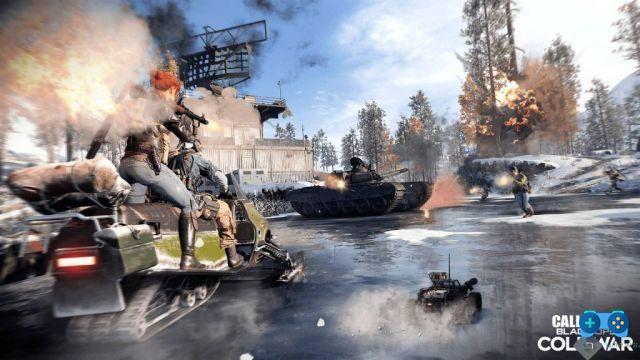 Despite the unscrupulousness, Activision's choice to put the two internal teams in competition has worked so well that from year to year the series of one or the other team seems to take a step further than the opponent, giving us some of the FPS. most spectacular that they remember.

This year, after the wonderful Modern Warfare, it's the turn of Call of Duty: Black Ops Cold War that, after a fourth chapter strangely devoid of the campaign mode, today returns making its flagship its single player mode.

Ok I know you were already thinking of throwing yourself into the multiplayer fray, but at least for once take a six or seven hour break from the compulsive frenzy of the online - it will take so long to see the credits roll - and immerse yourself in the Call Of campaign. Duty: Black Ops Cold War because we are sure that these few hours will surprise you perhaps like never before.

The narrative begins in 1981, five years before the events of Black Ops II, during the hostage crisis in Iran and, between flashbacks and time leaps, it advances seamlessly between present and past, offering us an extremely interesting plot full of twists. 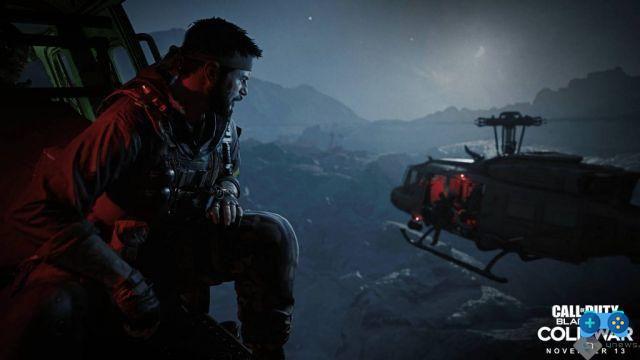 The protagonists are faces already known to longtime fans, such as Alex Mason, Frank Woods and Jason Hudson but also new generation, specialists chosen by the special agent Russel Adler.


During the campaign, more frenetic phases combine perfectly with the few but satisfying stealth phases and the moments of pause inside our small headquarters give life to additional dialogues with our teammates which will be impossible not to become attached to.

One of the most interesting novelties concerns the possibility of creating the character we will control from scratch, Bell, to which we can assign character traits that will result in real perks useful in battle. 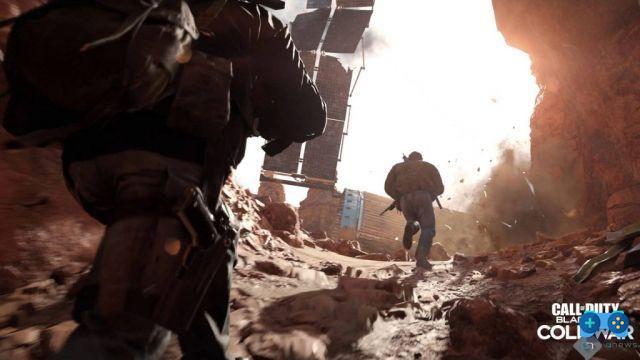 In fact, character building is not the only possible customization. In fact, the campaign is full of multiple choices that will affect the unlocking of some lines of dialogue, the possibility of having additional tasks during the missions up to totally transforming the ending of the story.

This detail makes the campaign replayable at least for a second time for the simple curiosity to understand what happens by making different choices. The replayability factor is also amplified by the particular morphology of the maps which makes it possible to solve the various missions with totally different approaches.

As previously mentioned, the ending comes after 6 or 7 hours of gameplay even if it is possible to lose a few more hours for the hunt for collectibles made more interesting to look for as they are not simple outline elements but real pieces of the puzzle useful for solving the main plot. In fact, these have been introduced as evidence on the case we are working on and become useful for the resolution of secondary investigative activities within the campaign such as Operation Chaos and Red Circles. These secondary activities offer a good excuse to encourage the player to find all the clues in order not to miss the objectives.

If the single player mode shines, the same can be said for the multiplayer one. The gameplay here remains faithful to the quality offered by Call Of Duty in recent years.

The big news lies mainly in the "Time-to-kill" slightly longer than in the previous chapters and which, while not altering the sustained rhythms of the series, gives life to adrenaline-fueled battles at the last bullet. The life bar on enemies also returns which makes the perception of the outcome of the fight more immediate.

The Treyarch team has also decided to remove the opportunity to use surfaces as a support point for weapons with a tripod, to encourage players to move constantly and make the most of the different tactical opportunities offered by the various maps, still anchored. to a standard model with three lanes developed on several vertical levels although with some more open and free space. 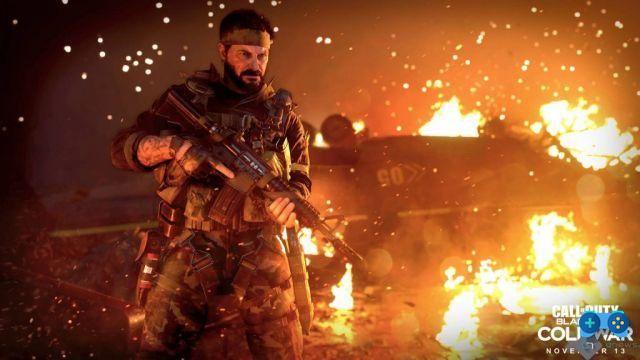 In addition to the now solid and widely tested modes typical of Call Of Duty, in this chapter there are new features such as Operation Dirty Bomb e VIP escort, six against tactical clashes in which a team will be required to bring a resource at a predetermined point and the opponents to prevent the achievement of the objective at all costs.

These modes do not seem appropriate to the frenetic pace of Black Ops as they will be structured on really large and dispersive maps, in which we will also have several vehicles available to be able to move from one point to another. The possibility of exploiting the means, although appreciable, makes the clashes much slower and far from the characteristic rhythms of COD and Warzone.

Another big change is the return to ScoreStreak which unlike the Killstreak is based precisely on total points accumulated during the game and not just the consecutive killing of enemies. ScoreStreak turned out to be a mechanic more open to all players, who will be encouraged to collaborate with the group because they will be rewarded with some points after each support action. It was also well balanced by the general increase in the points needed to take advantage of the rewards and does not allow the excessive use of special weapons from mid-game onwards.

The creation of the classes remains almost unchanged: we can choose two weapons for each class with various accessories, a lethal and a tactical equipment, a field upgrade, three perks and one wildcard useful for circumventing some of the basic rules of class creation. This allows us, for example, to equip two main weapons or increase the number of accessories on a single weapon.

Good old zombie mode is also a welcome return, especially since this opens up to new players as well. This doesn't mean it becomes easier to resist the hordes of zombies that will literally pop up everywhere, but the main story with the various quests are a little more guided than the previous chapters through the so-called waypoints on the map that will not leave you at the mercy of events. 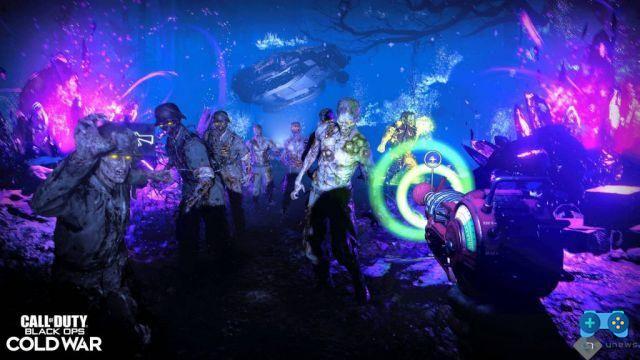 To make things even more difficult, most missions will have to be done through the anomalies that will teleport us todark ether, that is a place with the same morphology of the normal map but with a supernatural guise where our stay will have limited time. This means that the various actions required to complete the easter egg will have to be done more quickly, generating a certain urgency that we definitely appreciated.

We very much appreciated in this mode the morphology of the map which presents four main areas: the initial courtyard, the penthouse very dangerous due to the narrow spaces full of tunnels divided over three floors, the crash site where we will find ourselves slalom in a ' ample space between the pieces of the now destroyed plane, and the bunker.

The various rounds are faster than the last COD and this means that the difficulty rises quite quickly and we will be forced to run after the various upgrades and perks if we want to survive. 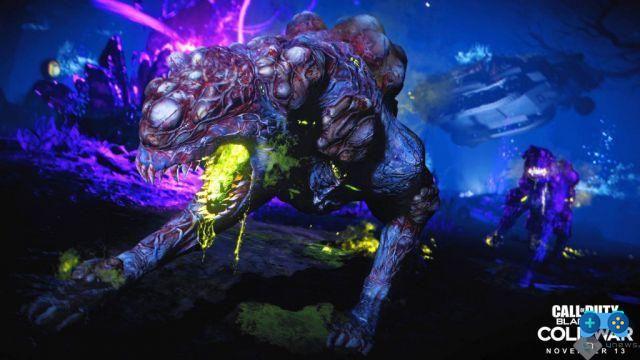 The novelties introduced in this new zombie mode are being able to choose the starting equipment instead of the usual gun, the possibility of requesting an extraction after the tenth round and subsequently every five round to receive additional bonuses and the mini map in which it will be displayed the location of the zombies, very useful for finding alternative solutions to circumvent the horde.

The historic icon of the dogs in zombie maps (much faster than normal zombies and therefore much more fearsome) it is made even more annoying by the fact that, once killed, they will release gas that will cause damage to the player and obstruct the view.

In addition to the main zombie map Die Maschine we also have it available Dead Ops Arcade 3, fun arcade-style map with top view. The modality is quite repetitive but occasionally it can be a more "relaxing" alternative. 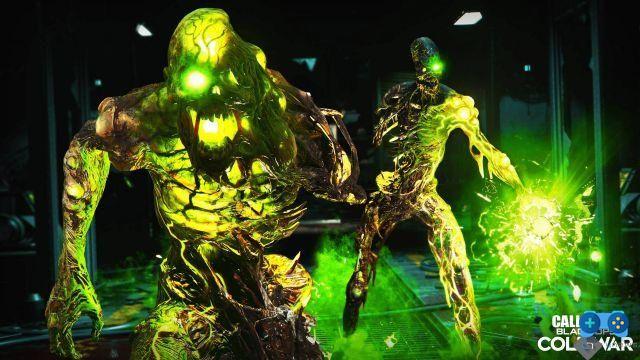 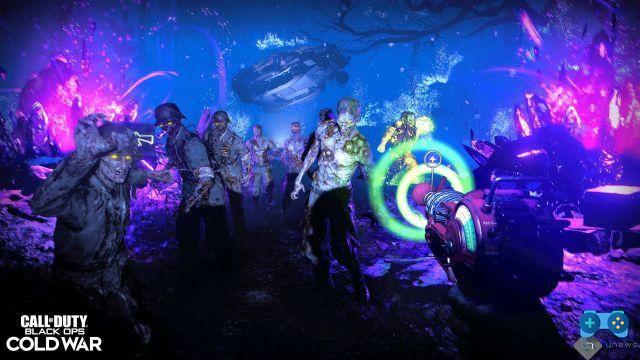 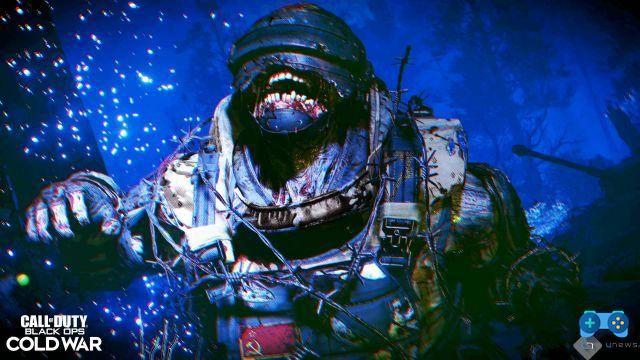 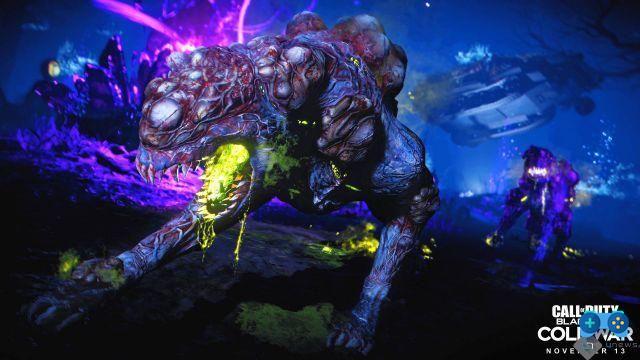 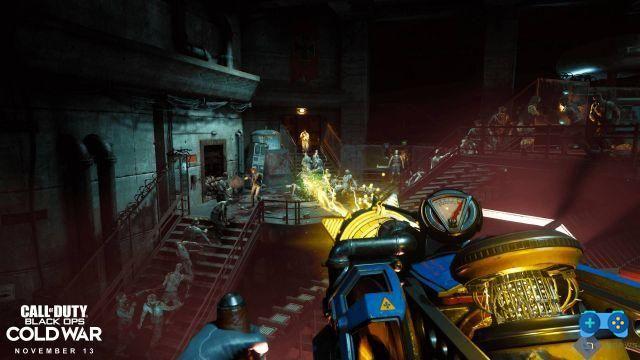 Cod Black Ops: Cold War is a worthy heir of the previous chapters and the campaign is the real icing on the cake of this title, perhaps only too short. Revolutionary in the narrative, with good narrative and playful gimmicks (such as that of the hunt for collectibles now finally not an end in themselves), it probably represents the pinnacle of the franchise in this respect.

The multiplayer experience is as varied and frenetic as ever and the new zombie mode, much more accessible to the less experienced public, is certainly pleasing as it is capable of making more and more users passionate about the mode.

In the main menu there is also Warzone as proof that the battle royale continues to work, bringing new players to approach the brand even with the promise of continuous free additional content. Furthermore, the choice of unify the progression of the account level among the various game modes it makes it easier to unlock weapons and accessories making the title much more immediate and accessible even to the most casual players who in previous chapters would never have been able to fully enjoy the customization of classes and weapons, blocked by huge wall of the exp.

In short, Call of Duty Black Ops Cold War is probably one of the best chapters of the franchise and a title that you shouldn't miss if you are a fan of the series.

If you want to see me play, go to Twitch.com/Soultricks while if you want to write to the Soultricks.com editorial team you can do so by contacting us via Facebook or Telegram

Call of Duty: Black Ops Cold War is on offer on Amazon in the PS4 version 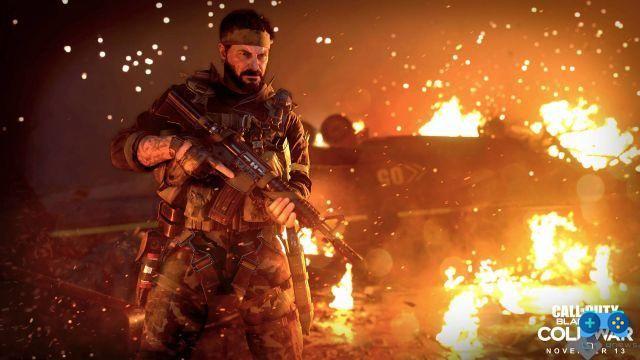 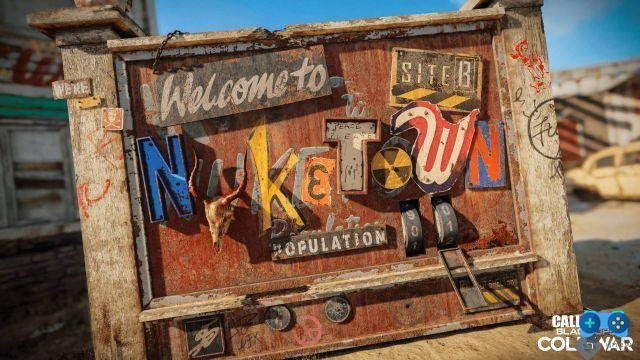 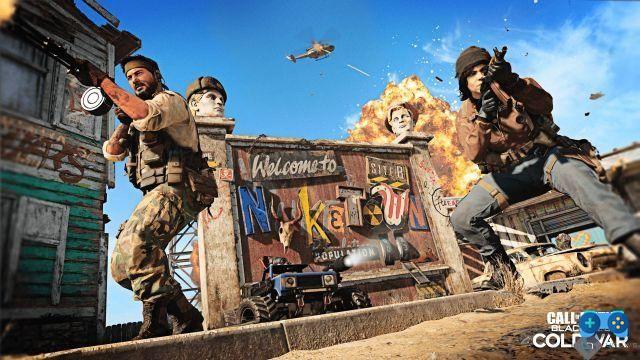 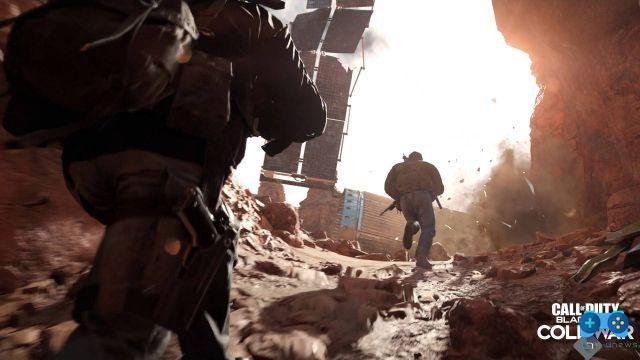 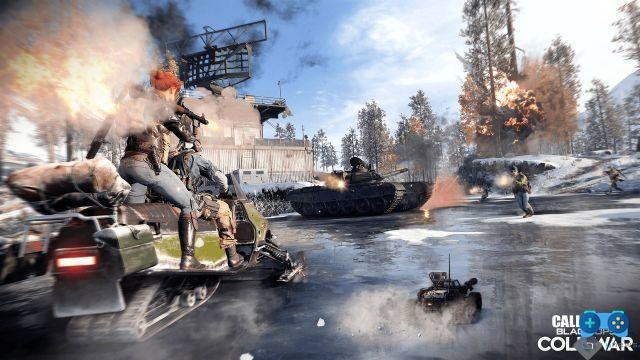 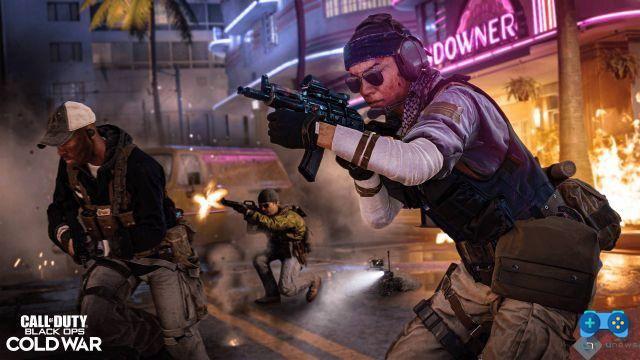 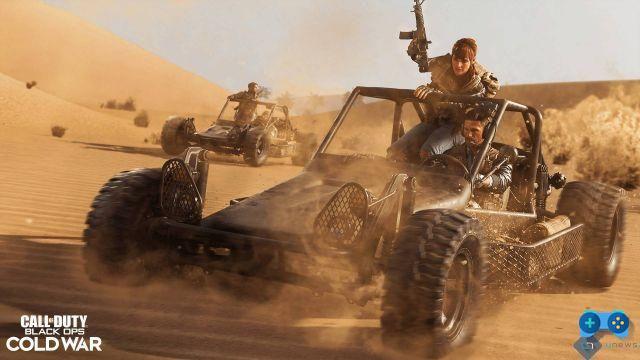 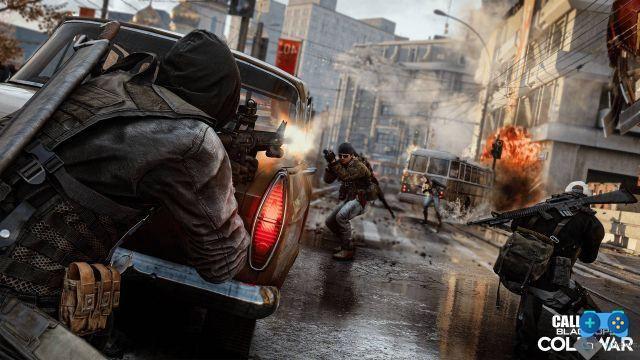 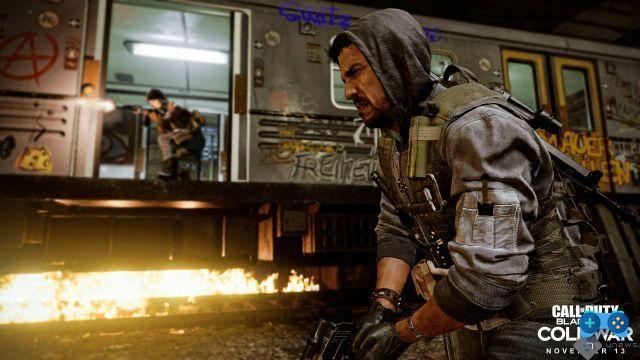 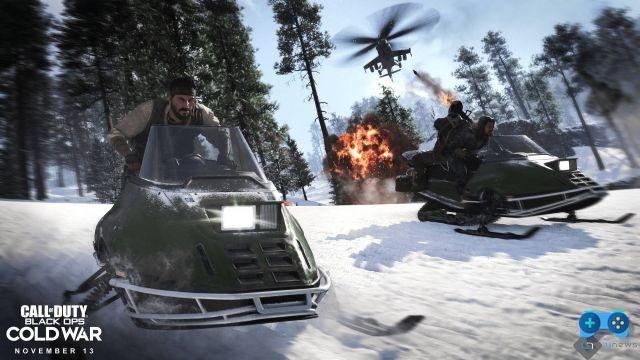