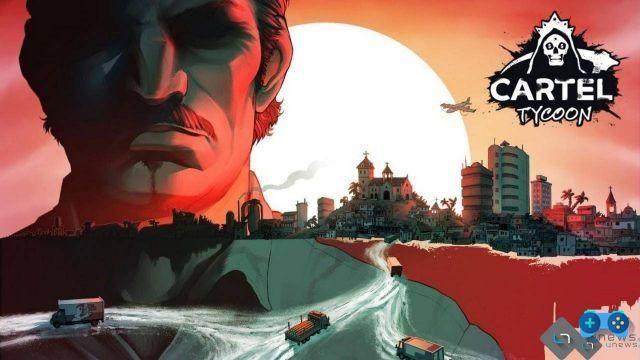 A few days after the official early access release on Steam, set for March 18th, we played a few days in Cartel tycoon, the new title developed by the guys from Moon moose, published by tinyBuild, already known among other things for the publication of the successful series of Hello Neighbor.

At the current stage of the test, the code seemed very stable to us: we did not have to report any crashes or freezes, the image is very clean, the soundtrack has already been implemented in its entirety and you can already enjoy about fifteen hours main campaign, plus all the post-endgame sequel.

The developer has invited its future players to report any kind of feedback relating to various issues, in order to program in the most specific way possible, in sync with the fan base, the road map of updates and patches.

The story unfolds across a vast territory, practically a fictional Latin America, narrating the events of a precise historical period, in which the advent of cocaine in the drug markets, due to legendary characters like Pablo Escobar, acquired unlimited power. throughout the United States.


A pyramidal system at the top of which there were billionaire Bosses, who through a dictatorial regime of violence and brutality, had established the Cartel, or a criminal organization made up of thousands of people, with roots even in institutional offices, with which to put under the Governments of the various nations have their own command.

Cartel Tycoon is a permadeath management software, with a 3D isometric view, to see the first screens it might seem a more simplified and "playful" version of Tropico 6 (that our insights on the series), with a narrative component, inspired by the world of drug trafficking of the early 80s.

We will play the role of a petty criminal called César Garcetti, who will take his first steps in a detailed tutorial in the Amado region. Through a story line we will be explained the first rudiments of our new life as criminals:

Our goal will be to build a real drug empire, facing ruthless and fierce rival Cartels, which will not fail to attack our possessions frequently; we will always have to keep the "mood" of our lieutenants under control, in order to avoid dangerous riots.


We will have to trade a large number of drugs, taking care not to alter public opinion with acts of excessive violence, making use of fictitious legal activities, through which to disguise our shady trades. Penalty if we fail, the unsympathetic interest in our activities by the DEA, the CIA and even the military, who will inspect our sites and jeopardize our hefty profits.

The growth of our Empire will be based on conquering the various regions that make up the game world, generating more and more profits, unlocking new improvements and great research opportunities, in order to make their settlements more and more advanced.

Cartel Tycoon is a management software that strikes: nice to look at, very clean graphics, with good lighting and color palette, combined with a couple of hours of soundtrack in full South American street style, immediately provide a good stimulus for the player. that you approach.

But this is only the beginning, the game is full of content, if it is true that the narrative component has a purely driving function for the story line and immersion in the context, the management elements are many, and some even complex:

For example, from the first hours of the game, the management of the flow of dirty money and clean money, will keep your synapses heavily engaged: it took us a few hours to understand how to manage our revenues, how to use them. Staying broke, with the entire industry plummeting is really a danger around the corner if you don't pay attention to cash management.


The game practically never suffers from dead moments, far from it, we will be constantly short of breath, caught between federal investigations, discontent of our subordinates, assaults by other Cartels and much more. The hours fly by without realizing it, chasing the expansion of our Empire, full of many components to be developed and haunted by as many dangers and problems.

The procedurally generated plot events and the roguelike structure guarantee almost infinite replayability if you love this type of game.

Lately we have found, even if for correctness it should be emphasized again the early access status of the game, that various productions insert Spanish among the available text languages, only to find themselves in the game with a low percentage of lines of text translated, plus very bad quality. Cartel Tycoon, at the moment, is no exception.

Another sore point, often typical of management, is the presence of many menus and submenus, sometimes not very immediate, not clear and which, for which, it takes many hours to understand their real meaning. We had to restart the game several times during the first attempts, because the cash management is not immediate at all, and indeed, it is quite cumbersome and convoluted from the first moments of the game.

Nothing irremediable and not assimilable, but not even mammoth leaders of the genre like the Civilization had given us so much trouble in learning the first mechanics.

The last thing, among the few, that we did not like about the game, and that perhaps could have changed in the final release, is the fact that starting a new game, you will have to undergo the first forced steps of the tutorial, without the possibility of immediately upset its strategy compared to the previous ones used.

Cartel tycoon already in early access it proves to be a title with a solid structure, well oiled, fresh to see and very rich in content. Procedural events of roguelike plot and structure form the basis for very high replayability and lovers of the genre will be able to develop multiple strategies to achieve the same result, or to establish their own indisputable drug empire, their own Cartel. Clean and captivating graphics and an engaging soundtrack complete the work. We are not at the levels of complexity of Tropico 6, but surely the title of Moon Moose will break the hearts of fans.

Do you want to complete all the achievements and trophies and know all the tricks, guides and secrets for your video games? SoulTricks.com is a group of video game fans who want to share the best tricks, secrets, guides and tips. We offer the best content to be a source of useful information, so here you can find guides, tricks, secrets and tips so you can enjoy your games to the fullest. Are you ready to get all the achievements of that game that you resist so much? Enter and enjoy your favorite video game to the fullest!
Resident Evil 7: Biohazard - Gold Edition review ❯

Add a comment from Review in Pills: Cartel Tycoon