Give Lightning some love.

Condemned to be the Cie

Anyone who comes close to a Fal'Cie becomes a l'Cie, a being able to use magic and who will have to fulfill a mission to gain eternal life in the form of crystal or, in case of failure, become a Cie'th, a monster. This is how our adventure within Cocoon, looking for the sister of lightning and betrothed of Snow, struck by the curse of Fal'Cie and with the sole goal of completing their mission to avoid being turned into a Cie'th. The plot has a rather abrupt beginning in which we will hardly understand the conditions in which we find ourselves, but a couple of hours of play will be enough, however, to clarify everything, giving depth to the game sequences just undertaken.

Not quite a classic battle system

We were pleased to note the return of theActive Time Battle, a function of the battle system much appreciated in the previous chapters of the franchise as it allows us to understand when it will be our turn to act thanks to a bar which, once filled, will allow our characters to complete the actions indicated by us. One of the biggest changes in Final Fantasy XIII is, precisely, the work di battle: we have noticed (with much regret) that it will be possible to give direct commands to only one member of the group, while through a system of tactics (which will be managed by the "classes") It will be possible to indirectly command the remaining members of the group who will act according to our directives, providing support to attacks, acting as real shields or focusing on healing in case the team needs it. We are therefore faced with a battle system which does not allow us to have a real sense of completeness and mastery of the system, as the commands cannot be given to individual characters, but will act according to the situations making the game, in some situations, even too simple.

Even the exploratory phases prove to be quite detached from the rest of the exponents of the franchise: if we are used to explore as in all ending Fantasy on which we could get our hands on (and we put them on all, from I to XIV), in ending Fantasy XIII we will have to surrender to a work di game based on corridors, where the exploration will be amplified exclusively by the search for the "coffers" and the treasures they contain, often useless among other things.

The growth of the characters, then, is based on a system similar to spherography di ending Fantasy X; however, if within the chapter for PlayStation 2 we needed certain items for growth, as well as an undisputed freedom that allowed us to have access to skills not belonging to the character, in Final Fantasy XIII no, and also in this case, as well as for the exploratory phase, our possibilities of choice for the growth of our characters are very limited. In fact, it will be possible to choose the "class"To grow, but the ways to follow will then be very limited and will not allow us to have the opportunity to create real build Custom.

Although it came out more than 4 years ago on consoles that can now be defined as obsolete, it is clear that Final Fantasy XIII su PC has numerous problems: the frame rate cap at 30 fps is one of them, while the resolution locked at 720p and another. The inability to have access to the graphics settings regarding texture, ombre, anti-aliasing and whatever else is yet another. From a technical point of view, final Fantasy XIII it is a massacre of errors: it had not been released for years on PC that did not allow the user to have access to simple graphics settings capable of making the title playable on any type of machine and, frankly, even the performance of the title turns out to be rather pathetic. Don't worry if with a powerful enough configuration you find yourself experiencing frame rate drop moments over and over again, that's normal, the game is badly optimized, in a very bad porting. From a technical point of view, Final Fantasy XIII it is as majestic as it is embarrassing. 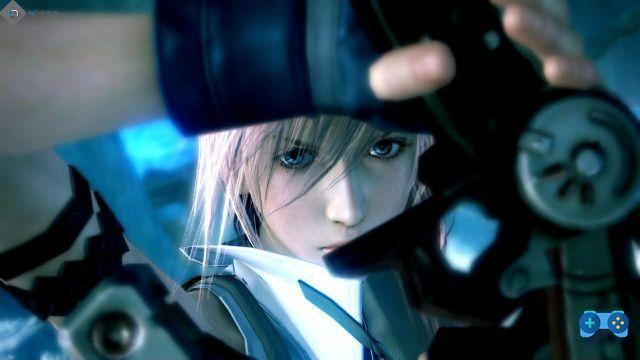 Final Fantasy XIII is a valid JRPG who tries to detach himself from the crowd by creating a new style of play which, however, rather than giving control to the gamer, takes it. The lack of real exploratory phases where the player gains full control of the story will hardly be able to go down to who of the JRPG he is greedy for it. The same freedom is also lacking in the battle system and, technically, the title leaves something to be desired.

Final Fantasy XIII it is also weighed down by the burden of the name of the franchise it carries: if Square Enix had published the title under another name, we probably would have been able to appreciate it more, but having to compare it to previous chapters released over the years, Final Fantasy XIII it cannot help but disappoint us, while remaining a very appreciable adventure.

Do you want to complete all the achievements and trophies and know all the tricks, guides and secrets for your video games? SoulTricks.com is a group of video game fans who want to share the best tricks, secrets, guides and tips. We offer the best content to be a source of useful information, so here you can find guides, tricks, secrets and tips so you can enjoy your games to the fullest. Are you ready to get all the achievements of that game that you resist so much? Enter and enjoy your favorite video game to the fullest!
Sea of ​​Thieves, revealed the system requirements of the PC version ❯