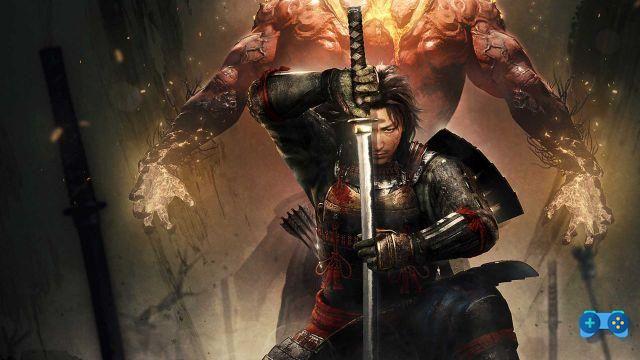 It's now been 11 months since Nioh 2 landed on PlayStation 4. Fresh from a resounding success, thanks to the congenial mix between feudal Japan and soulslike dynamics, the second chapter has carved out an important slice of the public among those who were waiting for a sequel. to the much-loved Nioh and among those who were abstinent from Sekiro: Shadows Die Twice.

Despite bearing the "2" in its name, the second chapter of Nioh was actually a prequel to its predecessor set during the violent transition between the Sengoku period and the Momoyama period, exactly in the year 1555. As if the soaked outline weren't enough. of blood and violence, in the narrative of the game Japan is invaded by the Yokai, demonic creatures who are passing by wire what remains of a now tormented land.

Eleven months have passed, we said, eleven months that have seen the explosion of a pandemic and the arrival of a new generation of consoles yet the charm of souls like in Japanese sauce has remained unchanged and with this complete edition we have the opportunity to enjoying a great title, at its best.

The story told in this game tells us about the adventure of a hunter who hides within himself two different natures, one human and one Yokai. The protagonist that we will play this time will be entirely created by us, but if you have played the first title you can immediately unlock William's “witchesque” appearance.

A hunt through time

Team Ninja with this "Complete Edition" closes the series by offering players the opportunity to enjoy everything related to the game in the best possible version; are present on Season Pass with its 3 additional DLCs of course, but also a number of technical improvements that will delight PC Gamers and make the coveted 4K at 60fps possible.

The Disciple of Tengu

The Disciple of Tengu - despite having a fairly self-contained narrative arc - is the first of the three expansions released over the months on PlayStation 4 and now all together available in the "Complete" version.

Set in 1185, a transition period between the Heian and Kamakura eras, the title will lead us to follow the exploits of Minamoto no Yoshitomo, also a shapeshifter. In fact, for those who know Japanese history, the character in question died in 1160. The narrative forcing of Team Ninja is - in this case - in resurrecting such an important character to lay the foundations of his own narrative.

The missions present in this content are ten, two main and eight secondary. For the former, it can be safely said that the narrative quality is satisfactory, above all by virtue of the fact that - although it seems self-contained - it has two rather interesting sequels. Also, although there are only two, they are long enough to seem at least twice as long.


For the latter, however, the discourse changes slightly, since the models proposed faithfully follow patterns already seen in the main campaign. In general, Nioh 2 is a perfectly conservative title, and these secondary missions are the exact exaltation of it. 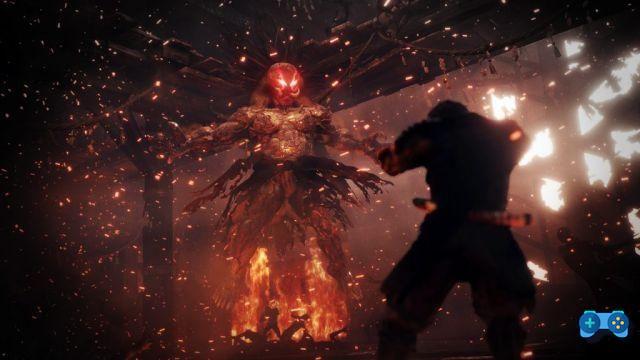 Darkness in the capital

The second chapter of this new plot takes us directly into XNUMXth century Kyoto. Although it is difficult to understand the temporal shift, due to reused graphic assets that are badly combined with a time travel of five centuries, one is immediately kidnapped by the truly well-kept atmospheres of this episode.

While in The Disciple of Tengu we witnessed the end of the Heian era, this time - of the same - we see the "golden age". Always on the hunt for Sohayamaru, we will be helped by two historical figures from Japan: Minamoto no Yorimitsu and Abe no Seimei.

The events also develop here in ten missions, this time three main and seven secondary. For the latter, the concept expressed in the first DLC is still valid, while for the former there is a significant cut in the narrative playing time, which unfortunately involves a lowering of the general quality.

In fact, events will happen too hastily, and the interactions between the characters are too forced. You don't have time to get attached to a character who immediately arrives time to say goodbye, to make the last - and definitive - leap in time. 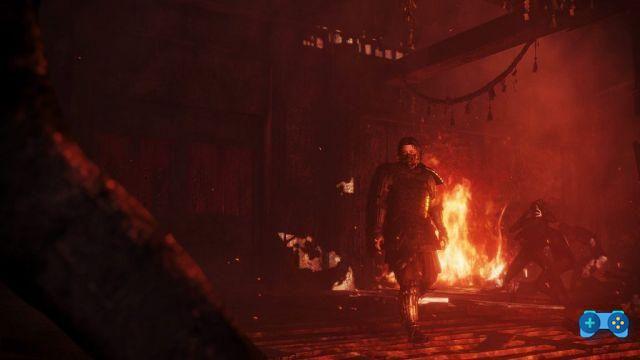 The First of the Samurai

The final act of this trilogy, The First of the Samurai launches Hide again in the clutches of time, towards the decisive battle against the demon lord Otakemaru. Back in the Japan of the sixteenth century, Team Ninja gives us the opportunity to close the story of the protagonists of the series, answer the questions left open and, without disturbing historical events, to give a "real" outline to the narrative.

The highlight of this content is represented by some really challenging and fun secondary boss fights. The narrative - unfortunately - suffers from the same vices as the previous episode. Developed quickly, you never get that Climax feel that you never have to feel like in content like this.

However, it is fair to point out that the narrative offer of this Season Pass extends and not just the experience of Nioh 2. Although the DLC may seem hasty, we are still talking about contents that will engage the user for another 30 hours.

Not only that, extra modes have also been added that will take several hours to complete. What to say? Hurray! 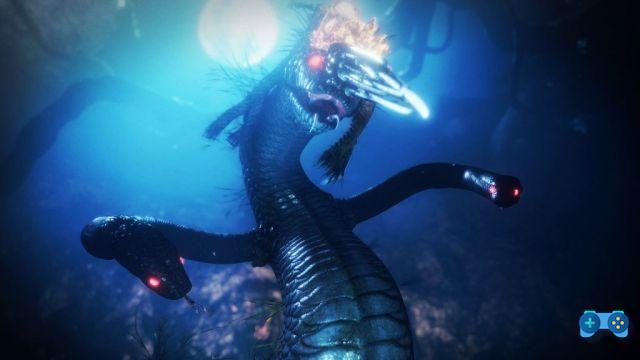 This difficulty seemed very difficult, even for an experienced soulslike player. However, it is fair to say that it never gives - for any reason - a sense of imbalance and excessive punishment. On the contrary, it is really well calibrated, and is purposely designed to "keep away" those who basically approach this title for the sake of following the story. Story I remember is enjoyable and accessible for everyone already from the normal NG version.

The real trick lies in studying and understanding the positions of the mobs - which change from NG to NG - and in understanding the moveset of their attacks. Barring rare mistakes, once you learn movepools and moveset, losing against them depends only on timing.

Timing that - of all - is absolutely improved thanks to the technical optimization of the title.

A samurai in 4k 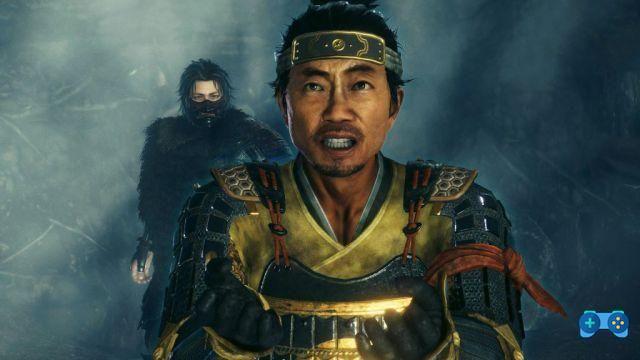 Nioh 2 Complete Edition it comes with a brand new technical compartment, able to impress the eyes and make the jaws open wide. The title was tested with two different builds, two different resolutions and above all two different formats.

Fortunately, I was lucky enough to test the title on the recommended build for 720p30fps, and it's the following:

While these are the minimum recommended requirements for HD Ready at 30fps, I can happily say that they were enough to play 60fps in Full HD, i.e. 1080p, albeit coming down to heavy and categorical trade-offs: to be precise, they are enough ("and advanced") to play in Ultra Wide HD, 2560x1080p but with minimum detail settings.

Despite this, the glance returned was very nice and overall even at this resolution, perfectly enjoyable. Given the age-old specs of the PC used for gaming, this is a frankly surprising result. 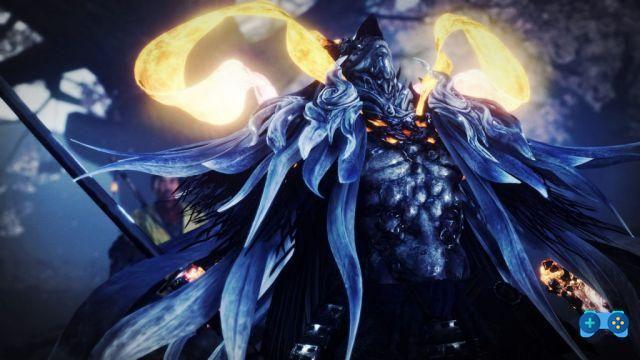 The second build, on the other hand, was composed of the following components:

In this build the title was tested at 1080p (16: 9), and it was possible to dare a little more on the graphics settings. By finding the right compromise between High and Maximum, with some of the most demanding settings for the GPU set to Medium, we were able to play at a stable 60 fps. However, maximizing all the parameters, the drop in frames oscillates between 10 and 20 fps, acceptable for those interested more in the graphics sector than in the technical one.

Obviously, the glance returned to maximum settings is of breathtaking beauty, capable of astounding at every glimpse. 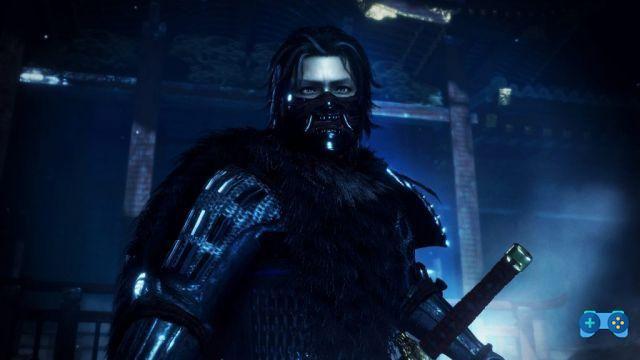 Mouse and keyboard controls and gamepads

The mouse and keyboard controls, among other things, are completely editable, and the returned input, even with a reference keyboard worth a few euros, is excellent and there is rarely any input lag, as it is almost always absent.

A "sore" note, on the other hand, is the management of the pad. Even with an original Xbox pad, the game has continued to recognize it as Dualshock 4. It is certainly a matter of commercial agreements (remember that Nioh 2 is exclusive to PlayStation at the console level), however it can be funny for an uninformed user to play with Sony controls. and maybe get confused because not used to seeing them on the screen. 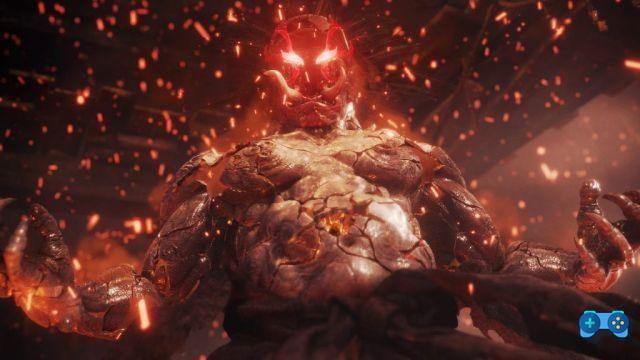 I quote again here the piece from the console review by colleague Andrea:

Concluding what was said in the review phase, we can safely say that Nioh 2 is an excellent title for lovers of the gener souls-like / mascore. The development team seems to have grasped what the community said, adding it to the already good work done with the previous title. And if you are a lover of Japanese folklore and history, this is the perfect video game for you.

Nioh 2 Complete Edition is now a truly perfect title, which combines and enhances the combination of narrative and stylistic tradition and improvement of Soulslike mechanics to the maximum, offering a level of challenge that is always demanding and never banal, and above all never punitive. The technical optimization also plays in its favor, enhancing the already excellent work done on the PlayStation 4.

Nioh 2 is available on Steam from February 5th.

Do you want to complete all the achievements and trophies and know all the tricks, guides and secrets for your video games? SoulTricks.com is a group of video game fans who want to share the best tricks, secrets, guides and tips. We offer the best content to be a source of useful information, so here you can find guides, tricks, secrets and tips so you can enjoy your games to the fullest. Are you ready to get all the achievements of that game that you resist so much? Enter and enjoy your favorite video game to the fullest!
Dead Rising, Dead Rising 2 and Dead Rising 2: Off the Record will be released on Xbox One, PS4 and PC ❯

Review in a nutshell: Underzone