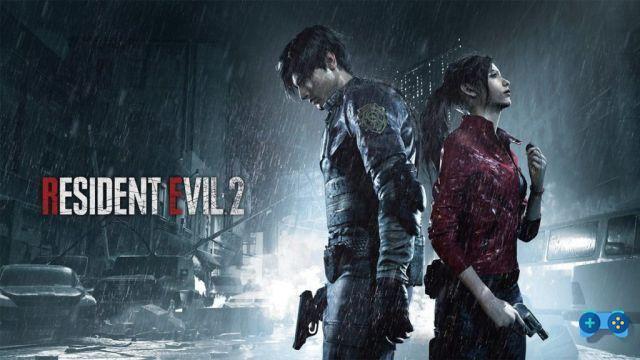 The return of a classic!

Resident Evil 2 it's not just one of the best episodes of the famous horror saga Capcom, but it could also be the biggest remake ever made to date. Since its original release in 1998, many gamers have been fascinated by Raccoon City and the sad, exciting and thrilling events that distinguish the city and its history. Featuring unique characters, enemies and iconic settings, RE2 has stood the test of time.

How? Over 20 years later, Capcom completely remade Resident Evil 2 from scratch; modern graphics, new gameplay feel and additions to the main story, make the emotional weight even higher than the original. The finished product is not only better in almost everything than that of 1998, but it has the great merit of appearing far superior to titles of the same genre published in recent times, leading RE2 to once again establish itself as one of the best horror games of survival ever, ready for the new generations but with an eye also to the players who had the privilege of living the experience on PS1 at the end of the 90s.


Leon Kennedy and Claire Redfield are back!

Net of the great changes that distinguish Resident Evil 2, the game formula has almost remained unchanged. We find two old acquaintances, Leon Kennedy, a rookie cop in Raccoon City on his first day on the job, e Claire Redfield, a college student looking for her brother, Chris. Both characters follow somewhat different storylines which, when put together, offer the full picture of what happened in Raccoon City and how the zombies took over its streets. 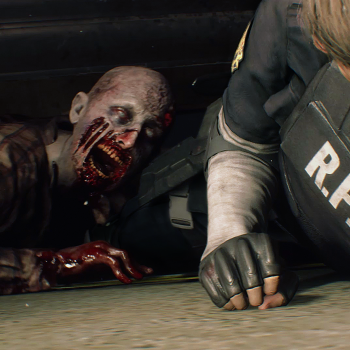 The story in Resident Evil 2 is, for the most part, identical to the one most of us are familiar with, but in this remake, Capcom has decided to add some new scenes and settings to improve it further. Older Resident Evil games, while much loved and highly regarded, have always been a little overlooked from a presentation standpoint. Resident Evil 2 looks different, more mature and gory, right from the start of the game. In our opinion, the choice to avoid the affectations that characterized the series originally is more than apt.

One of the things that took us back in time during the approximately fifteen hours spent in the company of Leon and Claire was Capcom's ability to best characterize the character traits of the characters. We felt somehow empathetic with them in the different sections and during the events that we experienced in their shoes, which we did not expect in the least, having already played the game in first person at the time. The modern cinematic-style presentation is a major reason behind this added sense of character weight, but the performance ultimately felt pretty good too.

From a purely technical point of view, we were nothing short of amazed. Net of a few slight burrs, the RE2 is exceptional. Other recent remakes: Crash Bandicoot, Spyro, Shadow of the Colossus they didn't have the meticulous care reserved for Resident Evil 2. Thanks to engine RE, already used in Resident Evil 7, many elements appear very realistic. From the swaying of Leon's individual locks of hair as he moves at full speed to avoid a threat, to the corridors and rooms of the Raccoon City Police Department, everything in RE2 has been carefully crafted to not only emulate the original game, but also to distinguish it from the many triple AAA titles of the same genre on the market today.

Furthermore, to make it more suitable for the current videogame era, the horror / splatter component has been revised. Resident Evil 2 is on balance one of the scariest and most violent games we've ever had as a player in years. Having a Licker at our heels or hidden in the darkness ready to pounce on us or turn a corner and suddenly find yourself having a close encounter with one or more zombies is absolutely one of a kind and guaranteed jumpscare. To make a comparison we had a very similar feeling to what happened in 1996, when for the first time we met the zombie dogs ready to jump on us and tear us apart with a single bite.

The main reason RE2 is so scary is because of the enemy Tyrant (or Mr. X if you prefer). When the Tyrant comes before us at some point in the campaign, the level of intensity and stress will soar. The Tyrant, once he appears, will chase us almost the entire game, which means that roaming freely in the police station (or other places), with peace of mind, is absolutely forbidden. 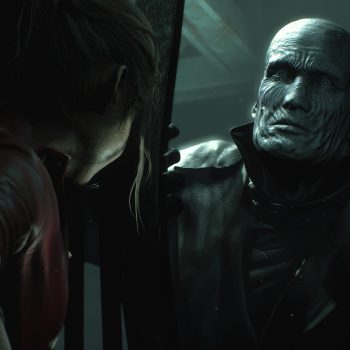 Sound plays a fundamental role. For this reason the moments of fear in Resident Evil 2 work really well and it is this aspect that makes the Tyrant instill so much fear. As the monster chases us, we will hear his footsteps echoing throughout the room. In the police station, for example, we may find ourselves exploring the back of the first floor of the building and the Tyrant instead, may be on the third floor, but we will still hear reverberations and the loud sound of his footsteps as he walks. This essentially makes us nervous, because we don't know exactly when we might find ourselves turning the corner and come face to face with the brash and his powerful punch. Both Claire and Leon can run away from the Tyrant. An absolutely obligatory choice, as it is invulnerable to our every blow and there are very few rooms in which we will be able to feel at least momentarily safe from its constant presence.

The real breakthrough, the gameplay

We have not yet focused on the key element of the game, which is the gameplay. Both Leon and Claire manage quite well in RE2, and each of them has a unique set of weapons and gadgets at their disposal. The puzzles, in a renewed formula, return in great style, and although they are not difficult to solve, they make the overall experience very fun and satisfying.

What we liked the most about Resident Evil 2 is the choice of keeping it intact the third person view. Unlike what happens in a similar shooter in the various Resident Evil 4, 5 and 6, right away, we will realize that zombies, Lickers and any other monster we encounter will be rather difficult to kill, just like it was in the original games of the series. 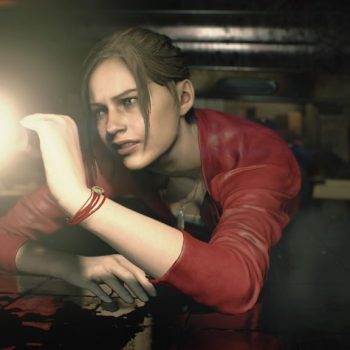 We imagine that those who are new to Resident Evil will try to make their way to the sound of bullets. RE2 is not meant to be played this way. Resident Evil 2 primarily emphasizes the survival aspect, which requires some management of the available inventory and, if necessary, the need to shoot zombies for the sole purpose of staying alive. In the first trailers of the game, it seemed that Capcom had decided to aim in a direction very similar to what was seen in RE4, instead (and we add fortunately), the final product is a perfect marriage between the original game of RE2 and Resident Evil 4.

It is worth mentioning that some sections of the game deviate from Leon and Claire's direct perspective. In their respective campaigns, we will briefly check out the charming and seductive Ada Wong and Sherry Birkin, the daughter of scientist William Birkin. As in the original, these game sections are mostly focused on solving puzzles with a total duration of about 20-30 minutes each. However, these sections turn out to be fun and necessary breaks to take a "break" from the main campaign.

There are some problems

So far we have focused on the positives about Resident Evil 2, and as widely said it is certainly one of the best survival horror of the last decade. That said, there was a rather significant problem with the structure of the original game which sadly is still present in the remake as well. Once we complete the game with Leon or Claire, we will have the opportunity to do a second run with the opposite character to delve into further aspects of the plot. The underlying problem lies in the fact that many of the puzzles we will tackle in the first game session will be identical in the second.

For example, both playthroughs require at one point to collect three medallions, at another to collect electrical components for a circuit board, and so on. While the narrative component that introduces these goals varies, they ultimately end up being nearly identical to each other. Both stories, except for some subtle aspects, are much more similar than you might imagine. With the exception of the individual path that each character must take to complete the objectives. We faced the first run with Leon and it also seemed the most unique and original one, unlike Claire's rather derivative one.

Finally, it is not fully understood how the individual stories of Leon and Claire manage to intersect with each other. If we have two different characters, with two different paths, it makes no sense that both characters have clashes with the same bosses and / or that the same environmental puzzles are required to be solved. Capcom should have put some extra effort into correcting those inconsistencies.

However, replayability is guaranteed 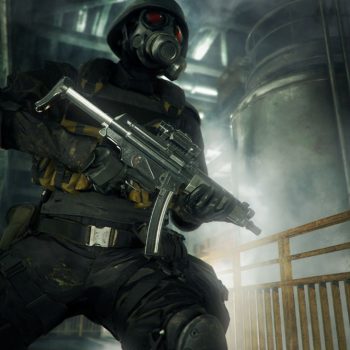 However, these issues aside, Resident Evil 2 has a great level of replay value. With four variants in total, Resident Evil 2 has a lot to offer, especially if you are among the trophy hunters and collectibles and plan to reach the S rank. Also, the 4th Survivor mode of the original game with Hunk and Tofu returns again with some additions. interesting challenge.

We conclude by talking about collectibles and other unlockables, there are a ton of them. Most of these include character or object models along with some concept art. To unlock them you will need to achieve a certain achievement within the game, which will add additional hours of fun to the overall gaming experience.

Only a few years ago the future of Resident Evil was really uncertain and hanging by a thread but the latest iterations, namely RE7 and now the remake of RE2 show that we are witnessing a rebirth of one of the best franchises ever. The winning formula? Return to the origins.

What Capcom has created with Resident Evil 2 is something unprecedented. While remakes are nothing new in video games, the way Capcom was able to change so many aspects of Resident Evil 2 while keeping the core of the game intact is a real success. The numbers are already on his side, three million copies sold and in all likelihood a remake of Resident Evil 3 in store. 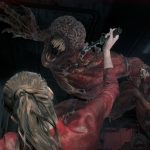 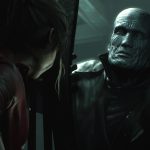 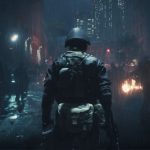 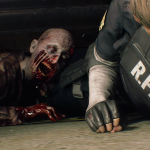 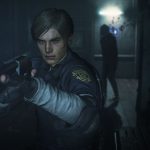 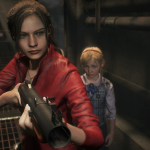 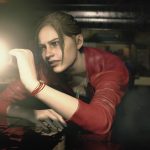 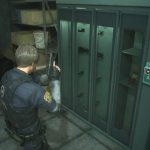 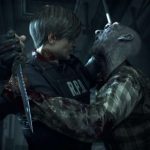 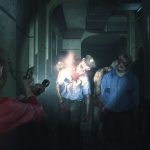 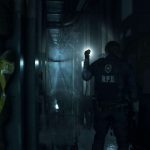 add a comment of Resident Evil 2 - Remake, our review