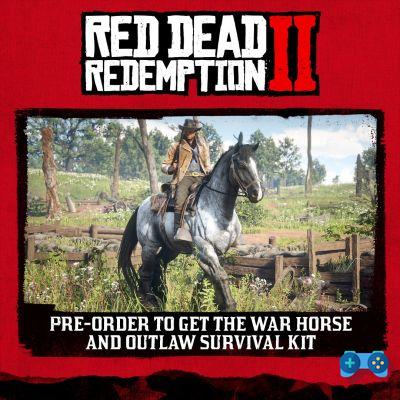 Unleash the cowboy in you.

With a long news that you can consult at this address for more details, Rockstar Games has just revealed the contents of the special editions of the highly anticipated Red Dead Redemption 2 in addition to the bonuses that can be obtained by pre-ordering the game.

All Red Dead Redemption 2 pre-orders will include an exclusive battle horse and Outlaw Survival Kit, which will offer several useful items to start the adventure. In addition to these two bonuses, players who pre-order the digital version of the game on PlayStation Store and XBOX Store will also receive extra money and a map of Treasure which will give Arthur other interesting resources.

To get digital pre-order bonuses, you need to pre-order the title by 31 July 2018.

Furthermore, Those who pre-order one of the three editions of the game digitally will also get GTA $ bonuses that will be credited to your GTA Online account: 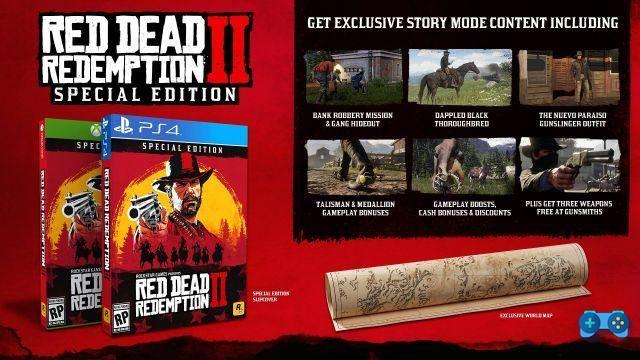 La special Edition of the game will include the following content: 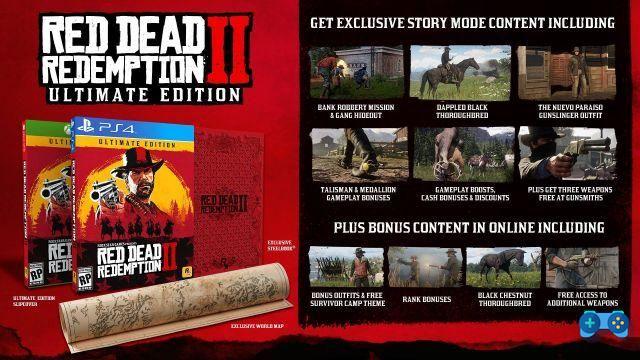 La Ultimate Edition of the game will include all the content included in the Special Edition plus other additional bonuses for online multiplayer: 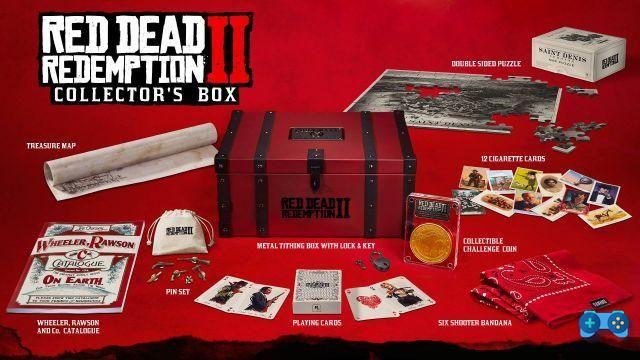 La Collector's Box of Read Dead Redemption 2, available exclusively at select retailers and on the Rockstar Warehouse, offers a curated assortment of goodies contained within an exclusive metal case (the game is sold separately):

Pre-orders for special editions are officially open. We remember that Red Dead Redemption 2 will debut on PlayStation 4 and XBOX One on October 26, 2018, while nothing is known about a PC version yet.