Struggling with a devastated New York

The fate of New York is in your hands

Developed by Radical Entertainment and produced by Activision, Prototype represents the new superhero experiment of this generation after the good productions of Crackdown and Infamous respectively on Xbox 360 and Playstation 3. Multiplatform title, therefore available for both consoles as well as on PC, Prototype does not depart from the clichés typical of products of the genre offering a plot with almost catastrophic features and a varied gameplay with a sure visual impact. 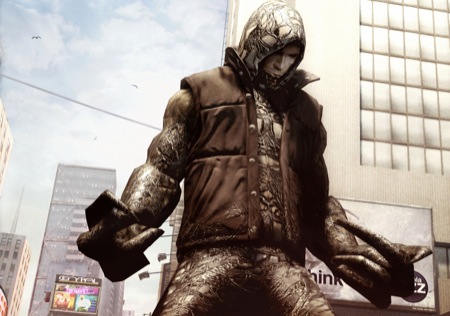 Prototype tells the story of Alex Mercer that when he wakes up he will not remember anything of his past but will discover that he is endowed with powers that make him almost invincible, like a video game Hancock. The city of New York in the meantime she is struck by a mysterious infection that makes the inhabitants beings similar to zombies who live by feeding on companions or human flesh, making the town a nightmare for every passer-by. With the clear intention of wanting to find out something about his past, Alex will find himself at the center of an unprecedented plot, in which he will be called upon to unravel one of the most terrible secrets of the United States government, before the Big Apple becomes just a distant memory.

A city at your feet

Le first hours of play allow the player to become familiar with the control scheme created by the developers. Simple but well studied scheme, typical of action free-roaming GTA style, which immediately offers the user an unparalleled immediacy although Alex's movements are initially a bit clumsy due to an excessive automation of his actions. In fact, by pressing on the upper right trigger, the protagonist launches into a wild race designed to override everything he encounters without any effort on the part of the player who can literally leave his virtual alter ego a free hand on the movements to be made. The left trigger is instead entrusted with a sort of aim that allows you to lock onto the most dangerous target in the vicinity, while the four main buttons will find the most important actions that Alex can perform during his adventure. 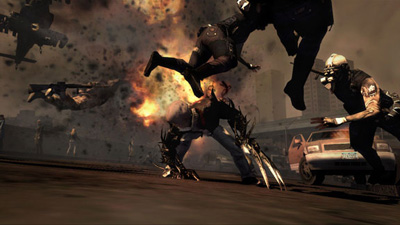 With X you will be able to perform huge jumps, in order to speed up your travels. A square is instead entrusted with the main function of attack while the circle and triangle are assigned respectively the taking of characters and objects with the possibility of launching them and a slower but certainly more effective attack move than the first. 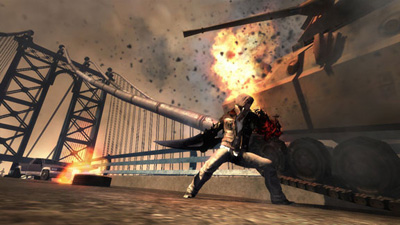 As the hours go by, Alex begins to glimpse the light in the dark tunnel that his memory has undertaken. To do this, he will use the memories stored in some of the characters in the game. Our alter ego is in fact endowed with the ability to be able to absorb people for literally steal its physical appearance (and in some cases even memory). This ability comes in handy in several missions in which you have to infiltrate enemy military bases without being detected, or when you are on the run from the enemy, literally mixing with the crowd and leaving the army only a handful of flies.

Is there any problem?

THEarmy in fact he believes, unbeknownst to Alex, that he is the main carrier of this virus and will do everything to stop it as soon as he finds out its location. The enemy attacks are organized in various states of alert in which, in case of difficulty, they will even require air support formed by helicopters to be able to stop you. 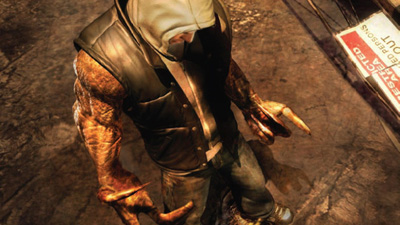 This is where the ability of the protagonist fulfill their maximum potential. By obtaining a large number of experience points, accumulated in any way that you can put Alex's advantage (absorb or kill innocent people, foil attacks and so on), you will unlock new powers more and more devastating for up to five under the physical aspect. The powers as a whole (besides the physical aspect you can also change other characteristics) are many and varied, and the series of combos available does nothing but increase the depth of the gameplay, simple on the surface but rich in substance inside.

With his skills Alex is practically able to do everything. Reaching helicopters, gliding, running vertically on the walls of the buildings and, as soon as you are able to absorb soldiers capable of driving tanks and aircraft, consequently also being able to literally steal, through a sequence of keys, the enemy vehicles and wreak havoc in front of you. 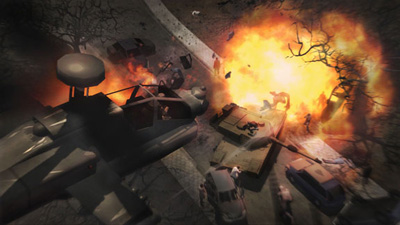 Evade the enemy's attacks it is therefore not particularly difficult, if you consider that thanks to the camouflage Alex can exploit the opportunity to accuse another soldier of actually being the target, thus causing an immediate attack against the poor man while you can freely go away in a rush.


Unfortunately the army will not be the only great enemy against which you will have to confront. The plot is in fact narrated with a sort of background for almost the entire game, given that at the beginning Alex is ready to take his last action before closing the circle of all this "mess". As the days pass, the level of infection also increases and monsters of various kinds will begin to take hold, much more powerful than the marines and therefore also much more dangerous. Of course you will not be able to absorb their physical features, but if you can absorb their energy you will have a very considerable increase in life that will save you a lot of effort. In fact, the health bar fills up with the energy spheres that you will find once someone is killed, through an upgradeable regeneration system, as well as all your powers.

With the experience points you will in fact be able to improve any power at your disposal, becoming in the last hours of the game close to being a God or a practically immortal being. At the end you will have to be able to make long range jumps, run faster than any means, have superhuman strength and become the terror of anyone who comes in front of you. 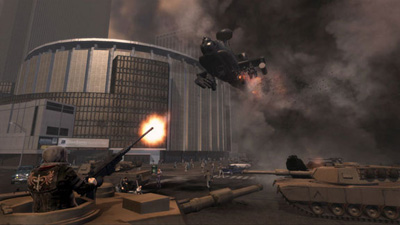 However, do not be under the illusion that this translates in an ease in conducting operations to completion. The final missions are really challenging, and it is quite easy that you will have to repeat them several times before being able to finish them.

The city that never sleeps

The weak link in the Prototype chain is undoubtedly represented by its sector graphic. Perhaps penalized by its multi-platform nature and open-field structure as in any free-roaming, the final result is quite disappointing with mainly low-definition textures and polygonal models that are not exactly exceptional.

On the other hand, however, we cannot fail to praise the incredible depth of field which allows you to get truly exceptional views, especially as soon as you manage to reach the top of each skyscraper. The pop-up effect is limited and there is still a large amount of enemies on the screen, which burdens the graphics engine only in the most exceptional cases with some sporadic drop in frame-rate.

He left us another satisfying aspect artificial intelligence in general. The enemies will in fact coordinate their attacks in a realistic way, literally doing everything to be able to stop you at any cost. However, some typical ones remain defect of products of this type. Although the population behaves in a worthy realistic way, it sometimes does not fail to amaze in the negative especially when, disguised as soldiers or civilians, we will be able to glide, make incredible jumps without anyone being surprised by how this military or, even more serious, old lady is able to compete with the best SuperMan of the situation. Video game gem we could say, taking it jokingly. 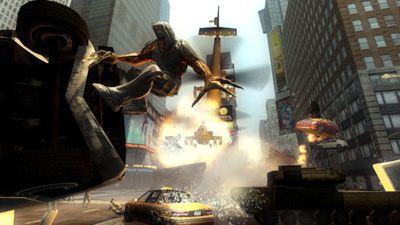 The available missions allow a Prototype to be a title discreetly long-lived, and their variety only adds to this aspect. The good soundtrack also allows you to obtain an always fitting and engaging rhythm typical of the best action films, with a well-acted English language dubbing although we would have preferred the one in our language, since reading the subtitles can often distract from what happens. in the intermission scenes, not exactly exceptional but well made. There are also secondary events that allow you to earn extra experience points, but more than missions they are small challenges that the good Alex can face at will when he is around the city.

Final Comment
Radical Entertainment with Prototype has packaged a nice surprise, made with care and able to act as the classic summer title perfect for fighting the summer heat after a nice day at the beach. The intriguing plot that is the background to the actions played, makes Prototype an immersive and engaging title capable of capturing the player thanks to a dynamic, action-packed and extraordinarily immediate gameplay. The good longevity only completes the picture of one of the best free-roaming action available on the market. Too bad only for a technical sector not up to par and some other small gap that however does not scratch the structure of a game that we recommend to all lovers of the genre on PC, Playstation 3 and Xbox 360. 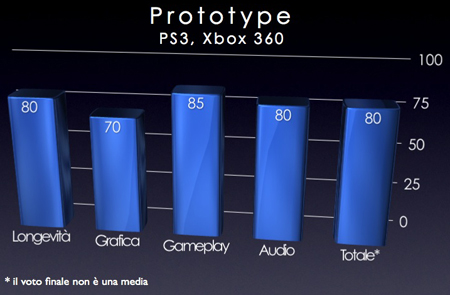 Do you want to complete all the achievements and trophies and know all the tricks, guides and secrets for your video games? SoulTricks.com is a group of video game fans who want to share the best tricks, secrets, guides and tips. We offer the best content to be a source of useful information, so here you can find guides, tricks, secrets and tips so you can enjoy your games to the fullest. Are you ready to get all the achievements of that game that you resist so much? Enter and enjoy your favorite video game to the fullest!
Professor Layton vs Phoenix Wright: Ace Attorney, release date announced ❯