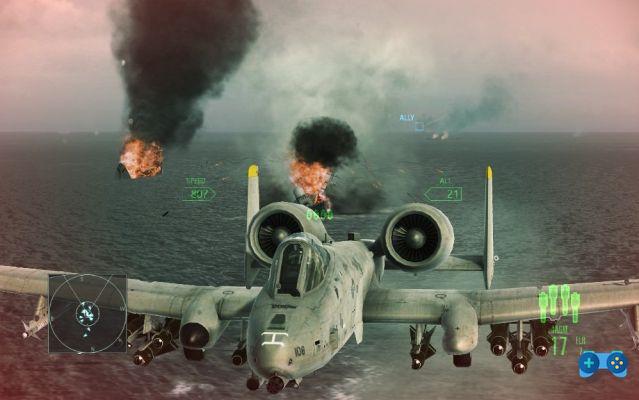 The skies are on fire!

In its videogame history, Ace Combat is synonymous with fighter and action fighter battles. Namco Bandai Partners has chosen to be the promoter for the return of the brand also on the Personal Computer platform. After the debut occurred about a year ago on Playstation 3 and Xbox 360 consoles, Ace Combat: Assault Horizon arrives on PC enriched with all the additional downloadable content in the Enhanced Edition.

This version also offers a high resolution graphic restyle to make the most of the visual impact. Will it be enough to please the community of pc-isti gamers?

Keep reading our review and you will know.

Arrows in the sky

Ace Combat: Assault Horizon, is a purely arcade title. The game plot is told directly, through different cutscenes created with the game's graphic engine, interspersing narrative interludes in which the player will be called to interact occasionally with the press of a button. The inclusion of quick time events, which allows greater interaction during the narrative development, is an end in itself, even if it sometimes helps to immerse yourself more in the game.

The story is very linear, in rotation the player will impersonate pilots of modern aviation branches, as well as fighter pilots, bomber and helicopter pilots, thus going to differentiate the gameplay between one mission and another. The plot will take the player, almost inside a Hollywood movie, where the player will find himself in front of the Russian threat. In fact, the narrative plot is centered on the search and annihilation of a weapon in the hands of the rebels of the "new Russian federation". 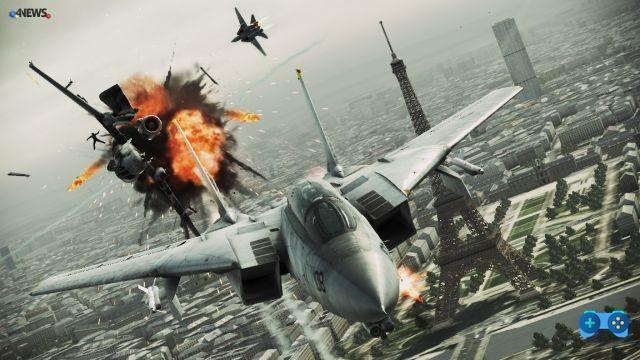 While the game's storyline isn't memorable, the gameplay doesn't differ much from other arcade flight titles. The player will be summoned to battle multitudes of enemies scattered across the sky and on the ground. A simple and functional gameplay cannot be perfect, in fact in the simplicity of this gameplay we are faced with a repetition of the action, especially in air-to-air clashes, where the player will be recalled to complete the missions always with the same actions. Despite everything, the effort of the programmers is commendable, who, to break the monotony of the actions, have inserted a duel mode, in which the player will be called to heart-pounding chases, following a pre-established but decidedly exciting path. 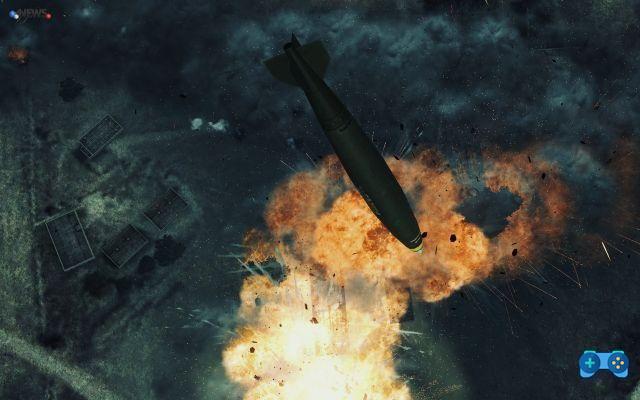 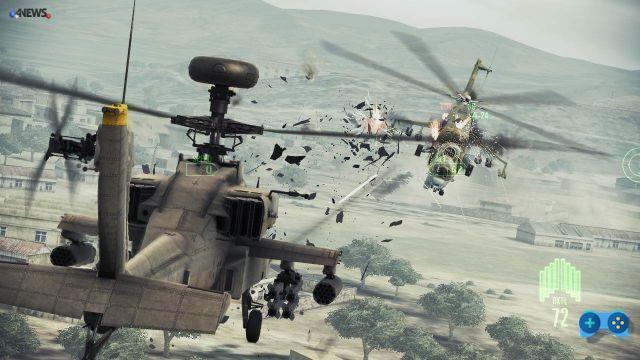 In Ace Combat: Assault Horizon, the game variety is on a good level. The title will take the player to various contexts, he will find himself in control of various air vehicles, thus allowing him not to stop only to fly the same aircraft.

The control system allows the use of a joystick, but we found the use of this peripheral par excellence a bit difficult, compared to the console counterpart. This is perhaps due to purely arcade game physics. Fortunately, the use of well-mapped mouse and keyboard allows an excellent integration of the Namco Bandai title in the PC world.

For Ace Combat: Assault Horizon it is not a simple console port, but a restyle job in HD. We have to admit that the guys from Namco Bandai did a good quality job. Graphically speaking, the title is limited to the selection of the "Vsync and Anti-aliasing" filters, as well as the possibility to select the graphic resolution 1900-1200.

You can get to selecting the canonical 720p and disabling the anti-aliasing filter, obtaining the same visual impact as the console versions. Normally we have never suffered from frame drops or various bugs, and this is proof of demonstration how the developers have made this port with the right precautions.

The graphic engine of the product, already captivating on PS3 and 360, here makes the most of the spectacular cinematic sequences and, if we have to find a small defect, the only limitation that can be found within the production is the low polygonal screen of some models. The sound component boasts a good level dubbing in Italian, a pity only for the lip out of sync. As for the environmental sound sampling, both with the sound effects of the various mouths of fire, the devastation to the ground and the vehicles, the roar of the planes, they are a pretty good concert.

Ace Combat: Assault Horizon turned out to be a product worthy of the name it bears, enriched by an inathetic port with great positive surprise. The PC version called Enhanced Edition, in addition to boasting some new features such as a graphic reinterpretation and the presence of all the DLCs, presents itself as a production of a good level, which will be able to make happy all lovers of the genre that has few exponents and of which Ace Combat: Assault Horizon can now be the progenitor.

- ... even if you could have dared more in terms of polygons

- Out of sync dubbing with the lip

The title is available from 25 January 2013 on the PC platform.

Do you want to complete all the achievements and trophies and know all the tricks, guides and secrets for your video games? SoulTricks.com is a group of video game fans who want to share the best tricks, secrets, guides and tips. We offer the best content to be a source of useful information, so here you can find guides, tricks, secrets and tips so you can enjoy your games to the fullest. Are you ready to get all the achievements of that game that you resist so much? Enter and enjoy your favorite video game to the fullest!
Creative Sound Blaster Z SE Review ❯