Observer: System Redux is an enhanced version of 2017's sci-fi horror title of Bloober Team, Observer. The version we tested is the PlayStation 5 version. Once again, the players take on the role of Daniel Lazarski, an Observer-class detective in Krakow whose interrogation methods involve hacking into the minds of cyber-enhanced people. The dark cyberpunk scenario takes place in 2084, years after a digital plague known as nanophagy devastated Poland. However, this does not represent the crux of the Observer narrative, in fact, Lazarski is involved in a much more important quest: to find the missing son, Adam.

The protagonist's journey to uncover clues to Adam's whereabouts - just like in the original 2017 adventure - is just as tortuous and overly complex. This time around, Bloober Team has incorporated some new and interesting points of interest in the detective's suburbs. Improved screen images, extra story content, slightly revised mechanics add to the experience, further elevating the tense atmosphere of Observer. Are these changes sufficient to justify the re-exploration of dystopian Krakow? Just like the story itself, the answer to this particular question is "a matter of perspective". 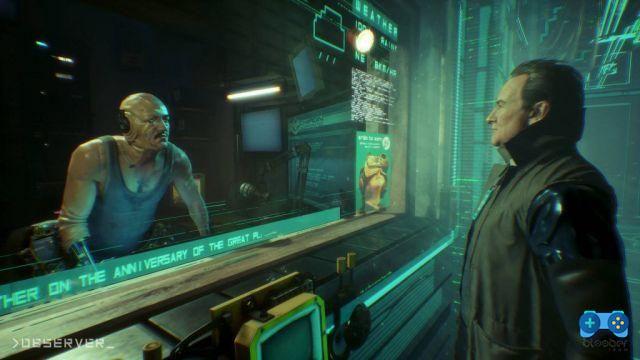 The complete narrative arc of Observer takes place mainly in a single apartment complex, a dilapidated building that houses several citizens during a quarantine. The blocking system was implemented to fight - as anticipated a few lines earlier - the nanophagy, a pandemic that has hit those who had technological systems. Even if in the original title it represented yet another sci-fi incipit, in short, an interesting background for the game, considering the COVID-19 pandemic, System Redux takes on a slightly more disturbing meaning.

Its tortuous and labyrinthine plans, as well as the incessant noise that fills them, create both confusion and a deep sense of anguish. Therefore, players find themselves experiencing a tense and exhaustive first-person adventure, which, in certain points, seems to be too exaggeratedly sci-fi and at times crazy, while in others, it takes on the connotations of a sort of psychological thriller, macabre, raw and violent. 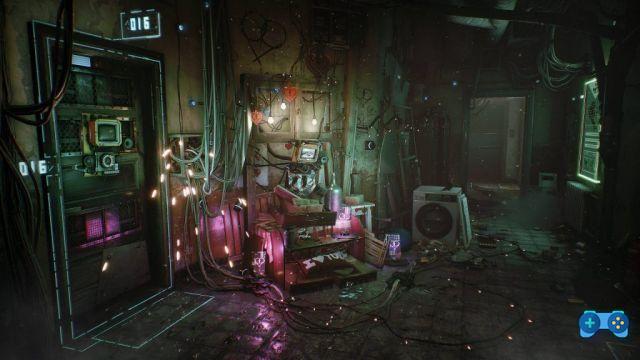 Shady individuals live in the condominium

At the start of the game, Lazarski receives a call from his son Adam. Puzzled by the nature of the conversation, the detective visits his son's last known location: the Condominium. Arriving at his destination he finds a beheaded body, battered and tortured by what the evidence suggests could be something bestial. Thus began the subsequent investigation into the murder.

While trying to solve the case and find out about Adam, Lazarski converses with a varied assortment of characters, all quite interesting. Some are quite useful and deserve the attention of the player. In fact, after a large exchange of words, they could entrust us with some side quests, extra portions of history that enrich the compelling world of Observer.

Likewise, exploring the apartment complex carefully and thoroughly could also open up similar opportunities. To some extent, this is where the experience feels pretty raw. The side content is fascinating, so much so that, in some respects, also considering the inconsistencies and the many holes present, the main plot could easily take a back seat.

On the one hand, simple game mechanics better immerse players in the world. However, they are of little use during interrogation. (It's worth noting that the accessibility features can further simplify the control scheme, which all gamers may find beneficial.)

Each interrogation is a mental journey into the memories of a murder victim. Such sequences can only be described as psychedelic. And this is where the next generation updated graphics really shine. The rooms twist and transform in an instant. The walls are impregnated with huge tentacles. Random objects come together inside and outside the protagonist's existence. There are even children who whine on televisions and who get strangely angry when left alone. It's a wild ride, for sure, but the player is just a… observer. 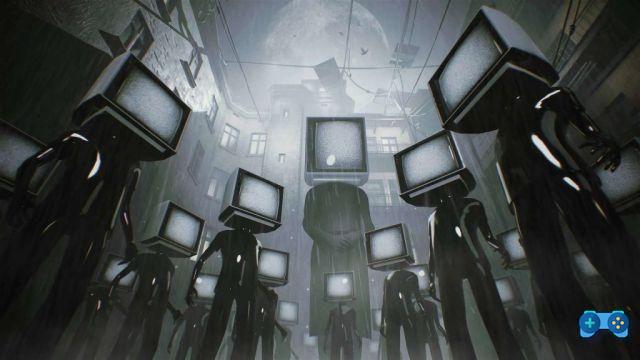 The horror-focused sections appear in the form of hidden sequences in which Lazarski, lost in the back of a murder victim's mind, is chased by what appears to be a technologically grotesque version of the creature featured in Outlast. In some cases, these sequences are exhausting and annoying, especially since the "path to freedom" is not always clear.

One of the biggest problems with the title in its old gen version was its performance. The game couldn't hit 30 frames per second for nearly the entire experience and had several bugs. This time, however, Observer: System Redux also manages to convince on the performance side. The game now runs at 60 frames per second and has no particularly relevant bugs. From the graphic point of view, Observer was already a beautiful sight, but the graphics sector of System Redux, thanks to the excellent improvements due to the higher resolution, ray tracing support and HDR, turns out to be even more inspired, with greens and blues that dominate the world and stand out in all their beauty. In addition, the polygonal models of the characters have also undergone a makeover and now appear more truthful and captivating. 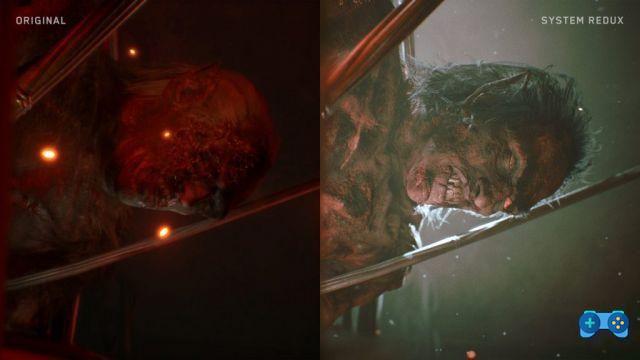 The setting is compelling, some of the puzzles are quite clever as are many of the ideas behind the production. No less important is morality, something that really tests the player: Is it right for a black market doctor to grow replacement organs for people in need? It is technically illegal, but it has helped a lot of people. Should we stop it anyway? Side quests heavily address this moral gray area, including the handful of new side quests featured in this new version of the title that further complement the experience. They have all been added organically and expertly and we know that it was not easy for the development team to work on them following the disappearance of Rutger Hauer.

Observer: System Redux it's not a perfect title, especially as regards the game mechanics - a bit simple - and the plot. Annoying inconsistencies, lingering questions, and narrative holes seem to have almost been left there on purpose. As it is repeated several times in the game: It's all a question of perspective, a question of what the observer, the protagonist of the narrative, chooses to believe or accept.

Consequently, Observer: System Redux is not for everyone, but it is an experience to be lived. An uncomfortable adventure through the madness of a dystopian world brought to its knees by a strange cybernetic plague. The price is greedy to say the least: 29,99 €, a figure that we advise you to spend if you are a fan of cybernetic, cyberpunk and dystopian worlds.

Assassin's Creed Valhalla - Guide: how to get Thor's helmet ❯