Nexus 9: HTC and Google's answer to the iPad Air 2

Nexus 9 is HTC and Google's answer toiPad Air 2 from Apple. Equipped with the new operating system Android Lollipop 5.0, the Nexus 9 tablet, available in white, black and gold, presents itself with its 9 ”a perfect balance between size and manageability.

Mount a processor Nvidia Tegra K1 Dual Denver with 2.3GHz frequency,  2 GB of RAM and a 192-core Kepler as a graphics card. 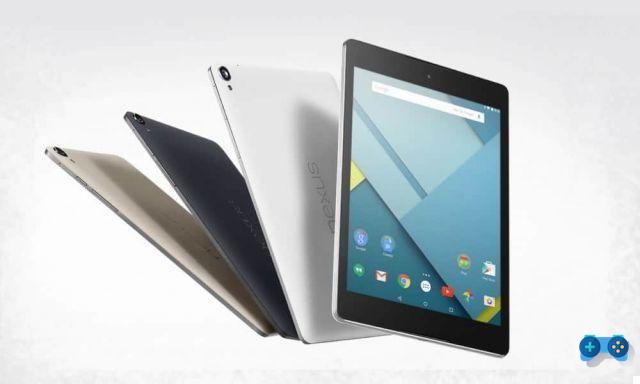 There are two cameras: the rear one from 8MP (with led flash, f2.4, Auto-focus) and the front one from 1,9MP. As for the audio, the presence of a speaker system BoomSound con sistema Dolby guarantees a very high sound performance compared to the previous Nexus.

The battery from 6700 mAh It allows an autonomy of 9,5 hours using it with wi-fi.

As an option it can be equipped with the Folio keyboard (129 euros), which magnetically attaches and turns the tablet into a laptop.

Android Lollipop allows a new look based on Material Design, which gives more uniformity to the icons and to the user interface. In addition to this, the new features should also be noted: notifications also active on the lock screen, greater fluidity in opening apps and very powerful multitasking.

Definitely one of the best Google tablets thanks to the Nvidia chipset, BoomSound speakers and Android Lollipop.

The only drawback? The absence of microSD card support.

Beyond the 4 Terabyte wall ❯

add a comment of Nexus 9: HTC and Google's answer to the iPad Air 2