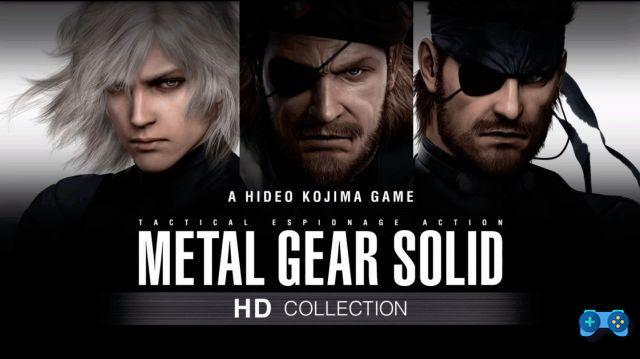 The classics of Hideo Kojima in HD!

In a videogame season where in recent months we have seen a revival of great sagas of the past in special re-editions remastered in high definition with trophy support, a collection dedicated to the Metal Gear Solid masterpiece could not be missing.

After a revival of the Prince of Persia, after the release of the saga of God Of War and Ico, just to name a few, it is the turn of the masterpiece by Hideo Kojima, who has invented a new genre and distinguished it from the crowd, proposing a modern adventure made up of an excellent storyline and stealth elements.

The Collection has been revived by the guys from Bluepoint Games. Will the latter have been able to have done a good port of the classics of Hideo Kojima?

Metal Gear Solid: Peace Walker is a chapter born on PSP in the nearby 2010 despite this, it has nothing to envy to those for home consoles, thanks to the structure of an excellent gameplay, the freshest and most modern of this HD Collection. The touching story and a Co-op and competitive online sector give the peace walker a strong character.
It all begins in Costa Rica in 1974 where Naked Snake, now universally known as Big Boss, will be taken back, engaged in a mission to ward off yet another atomic danger of the time.

Analyzing the title from the point of view of the game system, Metal Gear Solid: Peace Walker is the most modern and particular episode: thanks to the dual analog of the Xbox360 and PS3 pads, the controls are extremely flexible, and they will not be very different. from those of a modern third-person shooter or the better known Metal Gear Solid 4. 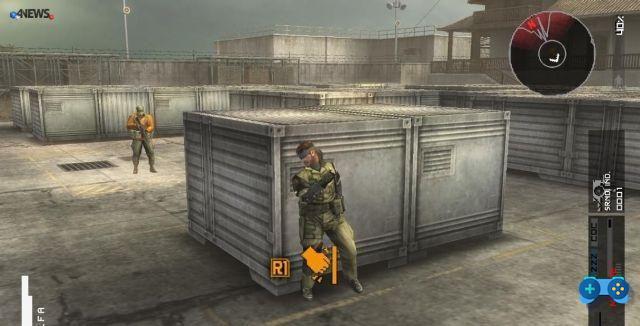 Although the technical sector is limited, the work done by Kojima Productions manages not to disfigure even on a 40-inch TV, although it should be noted that the title shows a certain poverty in the environmental textures, and some limitations imposed in the physics and in the interpenetration between the bodies, all due to the "hardware" limits of the PSP.
It should be noted, however, that the choice of using animated comics instead of the more classic "cut-scenes" help to mask the technological limitations.
Excellent work as regards the music and the dubbing which are always of the highest level.

Metal Gear Solid 3: Snake Eater, according to many players is the most beautiful chapter of the entire Snke series. As John Senzanome you will experience the events that led to the birth of the legendary Big Boss. In the timeline of the Metal Gear Solid 3 saga: Snake Eater is the first chapter, as it is set in 1964, although it arrived in stores at the turn of 2005. The version proposed here is the one known as Subsistence, in which Kojima eliminates for the first once and definitively the much-hated fixed camera to give the player the freedom to move the view as they like, a fundamental element for the entire usability of the title and a clear change that improves the gameplay set for the first time in wide open spaces .

In the midst of the Cold War, Naked Snake is tasked with recovering Doctor Sokolov, who is being held captive inside a factory in Russian territory. Obviously things will not go as we hope and from this mission a story full of emotions will start, in which we will know the origin of some historical characters including Ocelot, we will have the opportunity to fight one of the most original and memorable battles of the saga of recent years (the clash with The End is a great example), but above all the player will be faced with the futility of yet another war conflict, the clash between his own morals, duty and love. 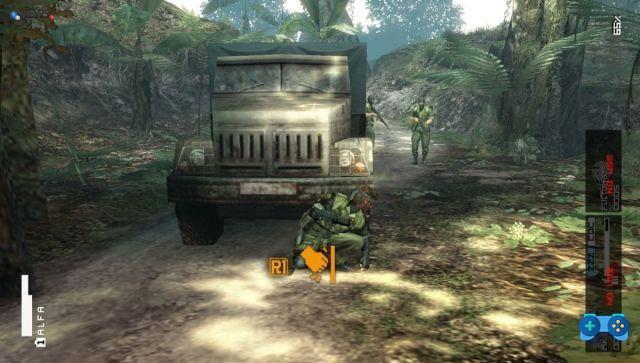 Analyzing the title from the point of view of gameplay, this is the most complex chapter of the saga, due to the need to feed at regular intervals to heal wounds in order to survive, and above all for the introduction of mimicry, which would later be became central to the stealth mechanics of the series. The developers, faithful to the mission of offering a re-edition in high definition, have done nothing to dilute the rigidity of the controls, unfortunately some defects related to the camera or some limitations in the usability of the gameplay are still present, they have simply limited themselves to refine the engine graphic that now thanks to Full HD and the stability of the framerate is perfect in all its splendor.

Metal Gear Solid 3: Snake Eater is a chapter that exalts for some directorial choices, proposing exaggerated evolutions, placing in the foreground a design and characterization of the characters greater than in the past, without considering the "epic" sound side which thanks to the music by Harry Gregson-Williams and to actors like David Hayter it is practically immortal, indeed, in this re-edition it shows a marked improvement thanks to new technological digital encodings. Having come to terms with the somewhat woody controls and with the loss of the online component present on Playstation 2, what remains of Snake Eater is one of the best videogame experiences ever, to play and replay.

Metal Gear Solid 2: Sons of Liberty is the most controversial episode of the Snake saga, due to the “deception” that Kojima throws at its users by inserting Raiden for the first time. Solid Snake, the hero of the series, the most loved character by all the players, appears only in the initial prologue lasting 60-70 minutes to appear again towards the end of the game, thus leaving the field to Raiden, awkward blond bishounen, completely different from the cold and relentless Solid Snake.

Despite this "surprise" of the time, narratively Metal Gear Solid 2 is an episode with character (even if the plot may initially seem very confusing and requires a few hours and hours of gameplay to be concluded worthily with the "final chapter"). Metal Gear Solid 2 unlike the other titles features memorable opponents, spectacular cut-scenes and a protagonist who slowly reveals his qualities, until he becomes the war machine seen in the fourth episode, and which we will interpret in the next chapter "Rising". 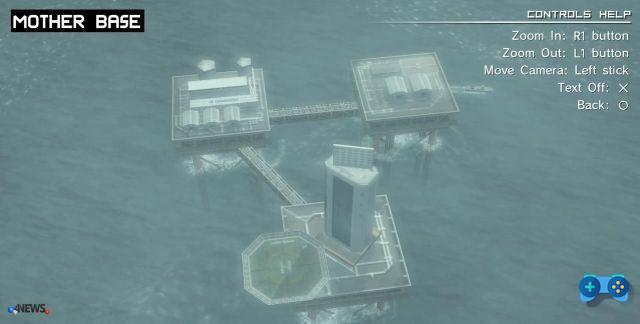 Played in 2012 Metal Gear Solid 2: Sons of Liberty proves to be the worst aged episode anyway, perhaps because of the fixed camera and too rigid gameplay to be loved unconditionally. Especially when you consider the behavioral routines of the opponents and some design choices, which emphasize even more the age of the game.
Metal Gear Solid 2, remains in the videogame history with its interminable dialogues, characters outside the box and some questionable choices, but it is within the collection the craziest, original and personal episode of the entire saga.

Metal Gear Solid HD Collection is a perfect work that all gamers should have in their collection, as it contains three chapters of one of the most popular sagas in videogame history. Although the appeal is missing the immortal chapter: Metal Gear Solid; you will have the opportunity to get excited again with Metal Gear Solid 3: Snake Eater, to rediscover Metal Gear Solid: Peace Walker first released only on PSP and to have the opportunity to replay Metal Gear 2: Sons of Liberty the most talked about episode of all the chapters of the saga. Despite the slightly higher price than the other HD Collections, the enormous playful offer that this work offers and the historical importance of the games offered, are more than enough reasons to push every player to own this Collection in high definition.

Do you want to complete all the achievements and trophies and know all the tricks, guides and secrets for your video games? SoulTricks.com is a group of video game fans who want to share the best tricks, secrets, guides and tips. We offer the best content to be a source of useful information, so here you can find guides, tricks, secrets and tips so you can enjoy your games to the fullest. Are you ready to get all the achievements of that game that you resist so much? Enter and enjoy your favorite video game to the fullest!
DOOM 3: VR Edition announced for Playstation VR ❯