Playstation 2, despite the videogames market has moved on with the new generation of consoles, shows no sign of wanting to leave the leading role, and in the face of Sony's commitments to support PS3, it continues to sell incredibly.

To testify the interest of gamers on PS2 we can analyze the work done by some development teams who have perfected in 2007 a new modification for PS2 able to run backup copies without the necessary, annoying, installation of modchip at the console interior. With the new modification, consisting of a 32 mb memory card called Memor32 and the Firmware released by the Memento team, anyone will be able to play the games from backup copies without necessarily having to disassemble their PS2 to install a mod chip and therefore without losing guarantee. 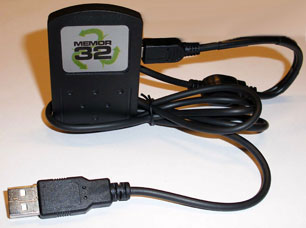 The Memor32 is first of all a 32 mb memory card, therefore a rather spacious card, in addition it is equipped with a side mini-usb port able to connect to the PC and therefore allow the transfer of saved games from the card to the PC and vice versa. Communication between the memory and an external peripheral is thus guaranteed through this port: it is only with the use of the Memento Firmware that the Memor32 becomes a real software modification for Playstation 2. In fact, with the installation of the Memento team firmware, the Memor32 will allow the reading of games from traditional optical media (CD-R, DVD etc ..) but also the reading of ISOs from external hard drives and more importantly, according to what is stated in the Team Memento site, the software modification already works on any model of PS2 and there are no problems with most of the videogames in circulation.

Explanatory video on how Memor32 works, from Masterixweb.com

Do you want to complete all the achievements and trophies and know all the tricks, guides and secrets for your video games? SoulTricks.com is a group of video game fans who want to share the best tricks, secrets, guides and tips. We offer the best content to be a source of useful information, so here you can find guides, tricks, secrets and tips so you can enjoy your games to the fullest. Are you ready to get all the achievements of that game that you resist so much? Enter and enjoy your favorite video game to the fullest!
Resident Evil 3 Remake - Guide to combinations of safes and lockers ❯

How to get the Infinity Gauntlet on God Of War

The Last of Us, the guide - The collectibles part I

Demon's Souls (PS5) - Guide: how to get all miracles and spells

Add a comment from Memor32 and Memento Firmware: the software modification for PS2 without a chip