How to get the Infinity Gauntlet on God Of War 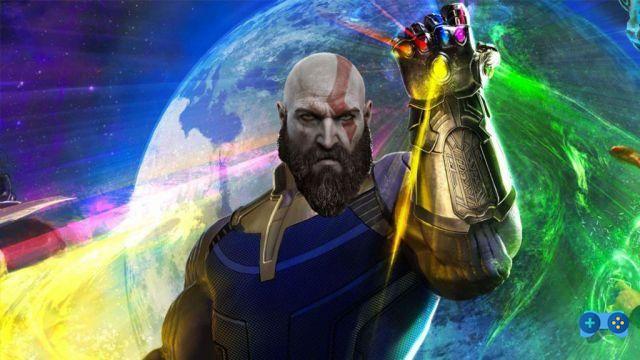 How to increase the power of Kratos until it reaches Thanos ...

The cinematic success of Avengers: Infinity War is undoubtedly epic, this rise immediately translated into videogame collaborations, as seen recently in Fortnite, it will be possible to wear the clothes (and the glove) of Thanos. Not only the famous sandbox of epic Games has integrated elements of one of the most important villains of the Marvel cinematic transpositions.

In fact, even the most talked about title of recent times has somehow integrated the most important accessory of the bad guy Infinity War, We are talking about God of War, during the adventure of Kratos you will find numerous elements that will increase the power of our hero.

If you want to get these upgrades you will have to complete the "Family Affairs" quest that the dwarf Sindri will give you. Towards the end of this side mission you will find the remains of some dead men on a boat and will be attacked by a Viandante, defeat it and you will get the talisman Destroyed Gloves of Time.

The game's definition of this element is: "An ancient relic of Hel is deemed too powerful to remain whole, fragments of her ancient strength lie scattered across the realms." 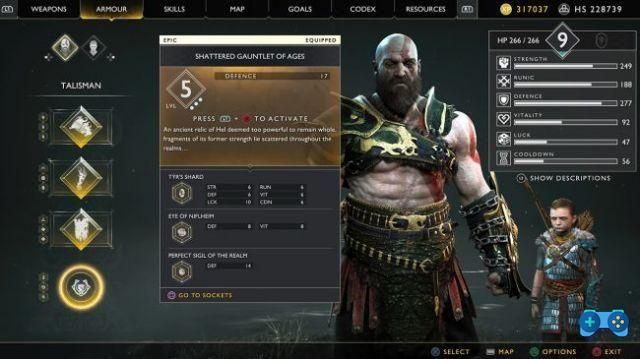 Unfortunately, none of the powers that the Infinity Gauntlet offers Titan Thanos will be included in this upgrade, however, when you obtain and equip three spells together you will acquire the ability to shoot very powerful purple rays (as you can see in the video below).

Although there are six spells, you can only use half of them, because your "glove" has only 3 spaces for the settings.

As from the name, it is the Soul Gem, this enchantment will grant you an increase in health after each successful runic attack. You can obtain this power by completing the "Deus ex Malachite" favor that the blue dwarf (Brok) will ask you. 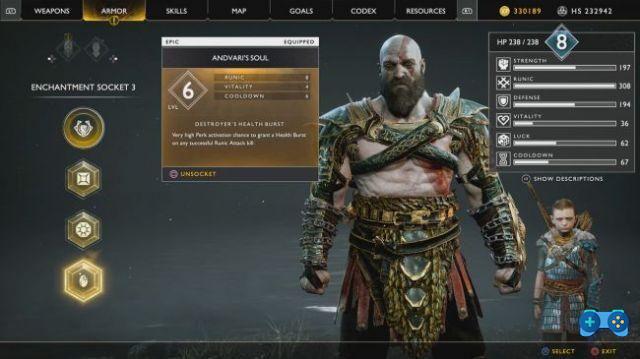 The game version of the Red Gem of Reality, it will increase your defense and if you press L1 for a few seconds, after the first successful block, you will perform an explosive backlash that will wipe out your enemies. To get the fragment, you will have to defeat "Rota" the Valkyrie who is in Helheim. 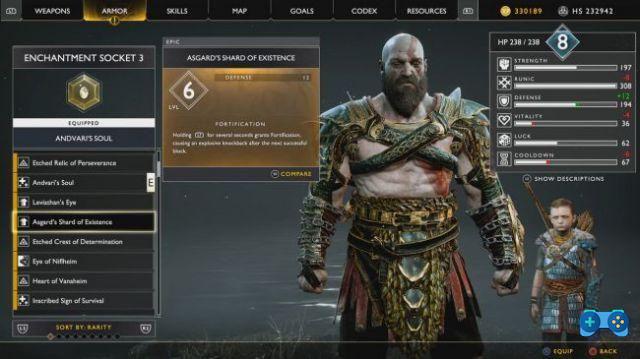 3) Eye of the Outer Realm

It corresponds to Space Gem (blue stone), it will not provide you with any in-game advantage other than the stat boost. You can find it in the Odin's Hidden Chamber in Helheim. 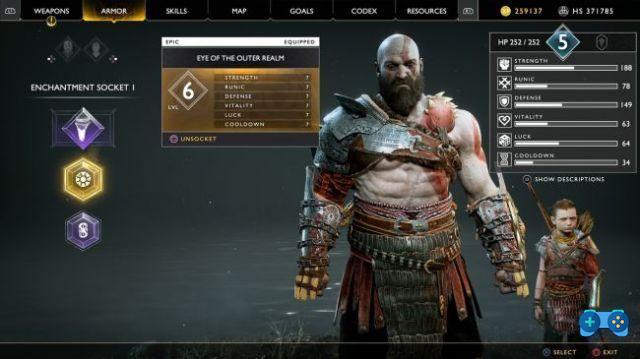 The in-game corresponding of the Gem guarded by Vision, will allow you to weaken any enemy within a range of 15 meters, making the fights much easier and faster. You will have to defeat the Valkyrie in Alfheim (Olrun) to get this useful upgrade. 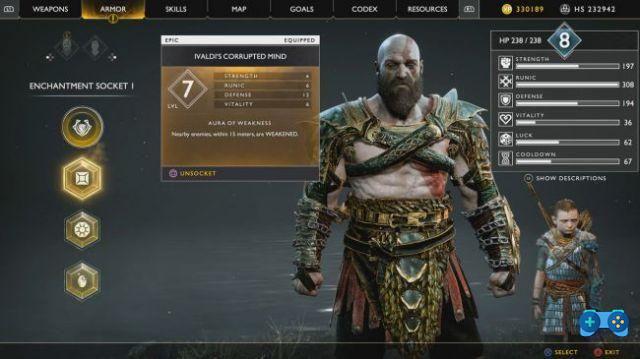 As you would expect from the Gem of Power, this upgrade will give a nice boost to strength, defense and vitality, but will also increase resistance to fire damage by 20%. By maximizing this spell you will reach up to 60%. You can put this useful enhancement in your "glove" buying it at the shop in Muspelheim. 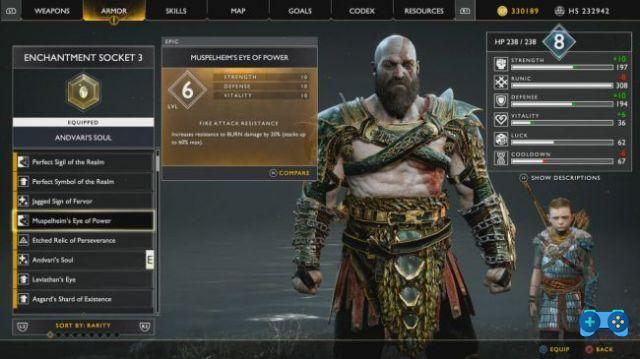 The name says it all, it is the correspondent of the game of the Gem guarded by Doctor Strange, it will certainly not allow you to defeat Dormammu, but it will offer you the option to temporarily slow down enemies after hitting them. To become a "Sorcerer" you will have to defeat the Queen of the Valkyries, I never said it would be easy ... 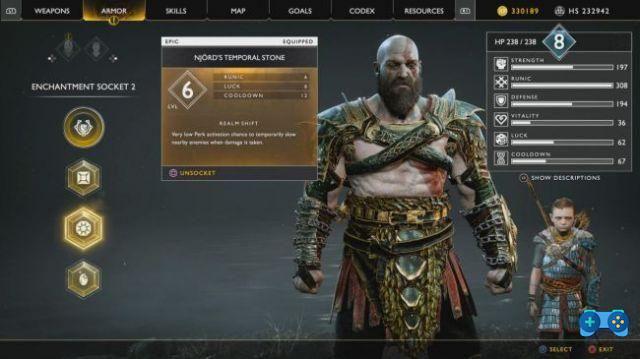 God of War PS4 guide: armor, stats and how to get the Mist Set

God of War, Aegir's guide to infinite gold and silver

God of War - Guide, how to get the Golden Talisman of Protection and the Amulet of Kvasir

God of War, guide to all treasure maps