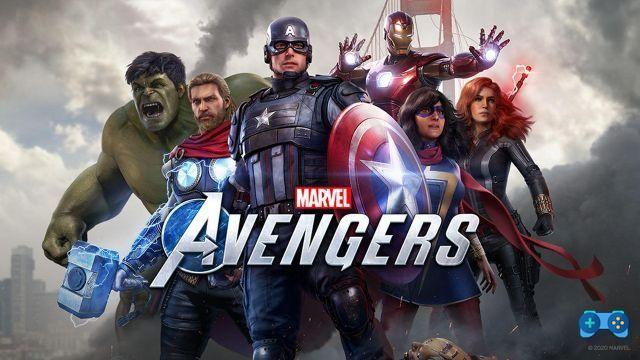 Marvel's Avengers was one of the most anticipated video games of September, especially thanks to the recent success of the cinematic films that have accompanied us for over 3000 minutes.

After a presentation that did not enthuse fans and a fair series of postponements, the title landed on our consoles and catapulted us into the world created by the guys from Square Enix and Crystal Dynamics. Let's find out together if it was a pleasant trip.

Despite the Game As A Service format chosen by the development team and a beta that has left fans and non-fans puzzled, it must be admitted that Marvel's Avengers is an interesting title, albeit with ample room for improvement. Having said that, we are dedicated to the plot.

The story immediately leads us to put on the role of Kamala Khan, a young avengers fan of the Avengers who, thanks to a fan-fiction contest, can meet her heroes. But what seemed like a day of celebration like many others has turned into tragedy. In fact, due to an attack thought by Taskmaster and an unknown figure will use the Terrigen that feeds the Chimera to cause a powerful explosion.


After stopping Taskmaster at the Golden Gate, the Avengers try to recover the good Steve Rogers who is trying to save goat and cabbage, but sadly without a happy ending. The explosion, which killed Cap and many civilians, turned San Francisco into a real war zone. Among the secondary effects of the explosion, the undead civilians acquired special powers, for this reason they were renamed Inhumans.

At the end of the investigation, the US government will indicate the Avengers as a threat to the country, disbanding the superhero group.

Four years later, only a few regret the days of the Avengers, among them the young Kamala, now Inhuman, discovers that there are still too many things wrong with the alleged death of Captain America. So, he runs away from home and ventures into the unknown, attempting to reunite his myths.

The narrative proved to be very interesting, able to make us discover how much producers and authors love this world. Contrary to what we weighed, superheroes are introduced in an intelligent and cadenced way, so much so that we appreciate all the stories behind each Avenger. On the other hand, human beings are hiding behind many of them, with their load of strengths and weaknesses. 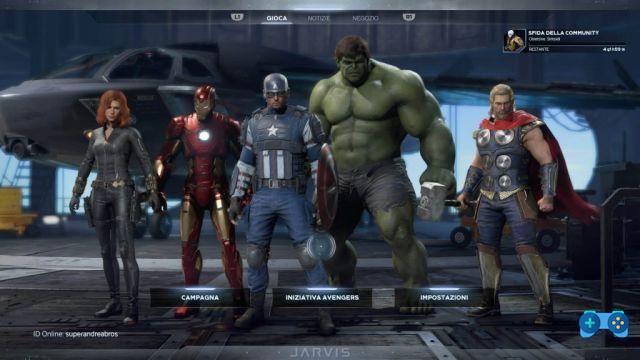 A gameplay suitable for everyone

This title is in effect an action game, which houses beat 'em up mechanics and numerous aspects of Game As A Service. The development of the Marvel's Avengers campaign is divided into missions, each of them useful for the continuation of the story or the collection of unique items.


All the missions related to the main plot can be tackled in single player, while all the others can be completed in the company, both of the AI ​​and of some friends.

The dynamics of the levels and of the gameplay itself are not difficult at all, indeed it is all quite guided, which will allow you to alternate legendary fights with exploratory moments, all enriched by a bit of platforming here and there. Although everything is well balanced, the missions are not very varied.

Controlling multiple superheroes may seem like a tough task, but don't worry, apart from Iron Man which requires a little extra attention, 90% of the action is ground-based combat. Each hero has two types of attack, a dodge, a jump and some specific skill moves.

In fact, like any Gameplay As A Service, Marvel's Avengers bases the essence of the game experience on equipment, which can be collected during your wanderings in the game world. Unfortunately, however, this system lacks depth, in fact it is limited to making you improve the paraphernalia and only level up. 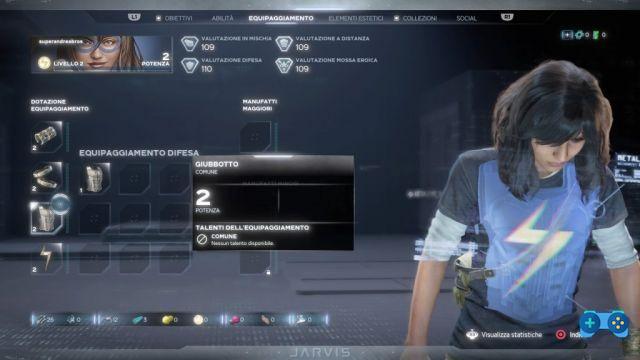 Trying the game on Normal difficulty, we realized that everything flows quite fast. This leaves the necessary space to enjoy the narration, but if you want a truly heroic experience we advise you to raise the bar. In this case, the fights will be more painful as the Hulk's "smash it all" style is definitely not recommended.


The enemies present are too similar to each other, so normal fights will bore you after a while. Similar speech applies to the well-known bosses of the Marvel world, who seem to limit themselves to (not very epic) clashes with an enemy with more energy. As we have had the opportunity to verify from the clash with the Abomination, already proposed within the Beta.

Now let's move on to the Avengers Initiative, the multiplayer mode of Marvel's Avengers that will allow you to complete in the company of friends and not a series of missions useful to level up your characters.

The game informs us from the beginning that to access this mode it would be preferable to have finished the main campaign. Once inside, a short video will show us the link between the ending of the storyline related to the single player and this mode. Next, you will be catapulted into the Helicarrier, where you can manage your characters and access the War Table.

Each mission will be divided into specific categories, based on difficulty and power level. However, the structure of the different missions makes us turn up our noses slightly. In fact, despite the amount of missions made available, the whole experience is excessively repetitive and lacking in variety.

We are well aware that the proposed play structure is based precisely on the repetitiveness of the actions, but given the great narrative potential, we would have expected something more.

The combat system: let's fly… with our feet on the ground

The Avengers are excellent fighters, also given the infinite variety of their powers or potentials. Unfortunately, it was decided to opt for a basic system, focusing on the classic hand-to-hand combat, which is not a bad choice if we think that the Hulk, Captain America, Black Widow and Kamala are specialized in close combat. However, it saddens us to notice that the enormous potential of Tony Stark's armor is not taken into consideration.

We are sure that the next characters, starting with Hawkeye (Hawkeye) and his arsenal of arrows to the particular Doctor Strange, will be able to overcome some of the problems mentioned above. 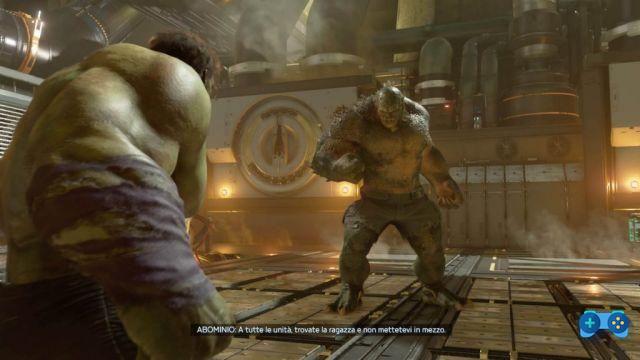 The title clearly accuses the fact of being cross-gen. In fact, the Crystal Dynamics title shows the side to various technical problems even using a PS4 Pro. Although it manages to keep the 30 fps stable for almost all the time, the video game, in the most excited phases, slows down terribly.

4K is dynamic and too often we see problems loading textures. Speaking of uploads, the times to load a game phase in case of death or mission start are definitely excessive.

Furthermore, as mentioned above, the title has a large amount of annoying bugs and glitches, which will surely be fixed by the development team.

The House of Ideas is synonymous with Art

While the technical side may disappoint us, know that the artistic sector of is dedicated with love and passion to the fans. From the first moments in the company of Kamala Khan (Ms. Marvel for the insiders) we realize how the Avengers phenomenon has influenced our culture.

The same characters, although some may complain about the lack of well-known faces of the Marvel Cinematic Universe, are extremely well made, in fact, it is possible to notice how their appearance and respective characters have been shaped thinking both of the iconic paper adventures of the late Stan Lee and to the most recent cinematographic and videogame interventions (the Ultimate series to be clear). As for the polygonal models, we can't complain, they are well made and rich in detail.

The huge amount of Skins that make us review the historical looks of these characters is a real touch to the heart, especially for those who, before appreciating them at the cinema, got to know the Avengers through comics.

The soundtrack, on the other hand, is far from the epicness that the title requires, but it is spot on, especially thanks to some licensed songs that do their job. 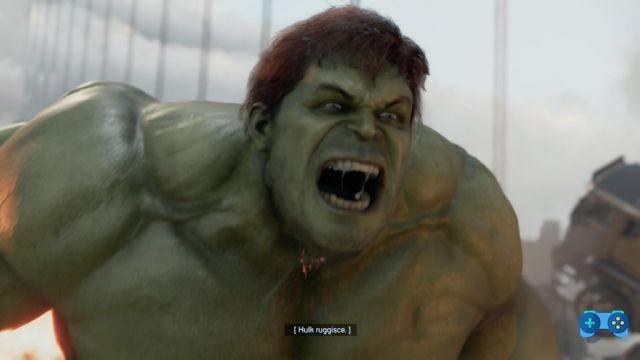 We expected a lot from Marvel's Avengers, especially by virtue of the fact that it is an important brand for current pop culture. Unfortunately we are talking about a project with many possibilities, but not exploited in an excellent way.

However, we must admit that the single player campaign is really well done, so much so that we forget that series of smudges and bugs that afflict the title. All this is accompanied by the love that the developers have for the brand and its fans.

At present, the creation of the Crystal Dynamics guys still has a lot to prove. We are sure that thanks to the landing on the new generation, the inclusion of other iconic characters and the elimination of some bugs will become a title capable of making even those who are not fans fall in love.