Ready to wreak havoc on your enemies?

Avalanche Studios has finally announced the launch date of Mad Max: the title will be available from 4 September 2015 on PS4, XBOX One and PC, while the PS3 and XBOX 360 versions have been canceled. Those who preorder will have access to exclusive content including the bodywork "The Ripper", which boasts a V8 engine, off-road tires and other goodies that make it devastating.

Many other details about the gameplay were then disclosed: 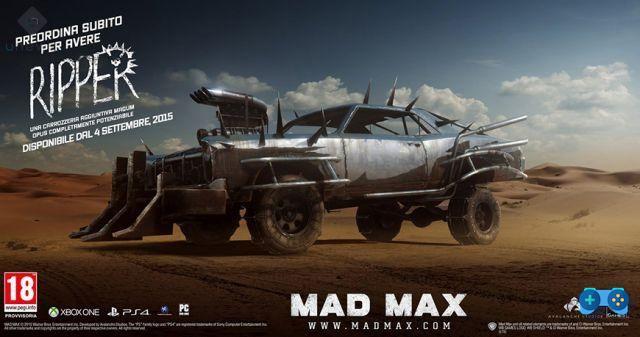