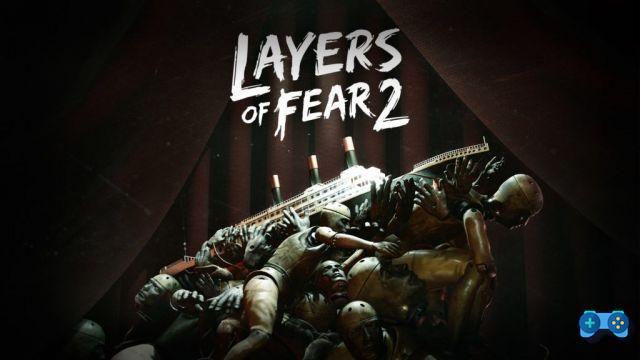 Consciousness can devour the body that contains it

The guys from Bloober Team and Gun Media bring Layers of Fear 2 to consoles, a sequel to the first-person psychological horror released in 2016 that had won the acclaim of a large part of the public and critics.

This time, we will take on the role of an actor busy with a new movie aboard the Icarus ship. This particular setting actually turns out to be only a small part of this hallucinogenic journey. In fact, we can safely admit that it is the Director's character who hides a particularly supernatural nature.

Layers of Fear 2 does not make longevity its strength, in fact the game is divided into 5 chapters, whose duration is about 45 minutes, except the last one that can be completed in a maximum of 15 minutes. The short game experience (about 3 hours) can be expanded by hunting for collectibles.

After each chapter, our protagonist is transported inside his dressing room, which will be gradually enriched by the discoveries you will make during this adventure. Although of limited importance, this last aspect was very pleasant.

Contrary to the first chapter, where the painter's madness was alternated with moments of lucidity, for the sequel the Polish development team decided to radically change the structure of the plot.

This idea starts from the setting, the narrow and narrow corridors of the ship, are far from the chaos of the villa of the first Layers of Fear, in fact they offer a feeling more linked to claustrophobia and anxiety, rather than fear of the unknown. 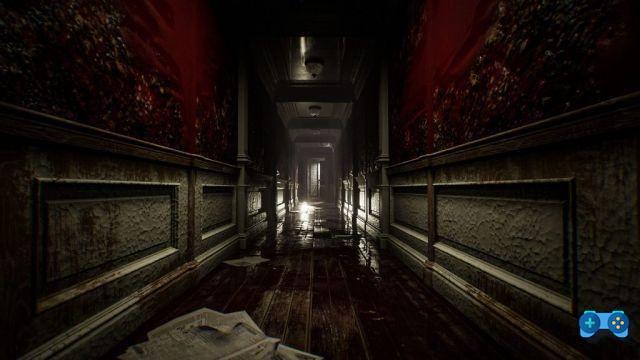 All this is accompanied by the delusions of the protagonist, in fact the numerous masks dressed in the past by the actor return to visit him, just at the moment when his real self and the ship are sinking into the depths of the sea.

Despite everything, the narrative structure maintains its effectiveness, giving up other important aspects of the game.

The differences noted in the previous chapter did not extend to the gameplay of Layers of Fear 2, in fact it seems that the development team has made a copy paste of what has already been done with the first title.

In fact, most of the game continues to unfold by opening doors, leaving a short space of interaction with levers and handlebars. Although the system works, for a second chapter we would have expected something more.

Only some aspects diverge from the "modus operandi" of Layers of Fear, the first concerns some sections of escape (definitely to be improved), in fact during your wandering through the halls and corridors of the Icarus, a formless monster will appear that will try to capture you in every way.


The second novelty concerns the choices, in fact if you have played the first chapter, you will surely know that during the moments of madness of the painter there was no possibility of interacting. In this case, the protagonist reacts differently, in fact you can choose whether to rely on instinct, reason or whether to "physically eliminate" the reason for his deep pain.

Let's go back to the escape sequences for a moment, meeting the monster corresponds to certain death, so to save yourself you will have to escape, in these moments we often found ourselves not understanding what the goal was. These unclear and reduced incisiveness sections lead to the excessive exploitation of the trial & error, until you know what to do by heart, it is useless to say that this choice of gameplay must be revised in order to avoid boredom and frustration.

Unfortunately, the guys from Bloober Team, despite trying to make some changes, have not been able to evolve a type of game with decidedly interesting dynamics. 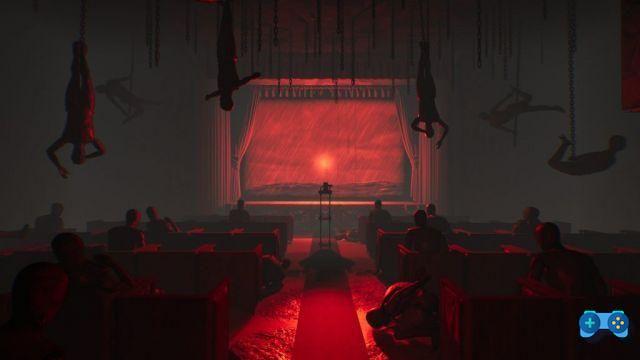 But is it scary?

That's the question all horror lovers will be asking themselves. Yes, Layers of Fear 2 will scare you, not resorting (almost never) to the usual scarejumps, the developers have in fact preferred a fear that comes from within, through the exploration of the enigmatic and perverse self of the protagonist and of the atmospheres that are created opening each door and exploring each room.

It is precisely to the artistic sector that we owe the real horror experience of the game. In fact, the guys from Bloober Team not only worked well with the polygonal models of the characters (even if they are far from reaching higher peaks), but also with the use of different color solutions, able to represent the dark past of the actor. and the present full of uncertainties, occasionally resulting in a loss of saturation, leading us to live an experience in black and white.

The audio also deserves credit, although some assets have been taken from the previous title, it manages to keep the player on alert, thanks also to the various background noises. If you want to have the definitive experience of the game, you will have to wear headphones, in fact, the developers have inserted a particular audio system (binaural), which recreates a real sound experience quite faithfully.

- Game mechanics too similar to the first chapter

- Escape section to be reviewed

Summary
Layers of Fear 2 will take you to the depths of an actor's memories and life. The masks he wore during his professional career will come back to haunt him. The price of the title (€ 29,99) is certainly attractive and makes it easy for us to recommend it to all those who want to live a horror experience outside the box.
gameplay
Graphics
Sonoro
Longevity
Final judgement
Nintendo Switch: Resident Evil: Revelations and Revelations 2 are shown in video ❯

add a comment of Layers of Fear 2 - our review