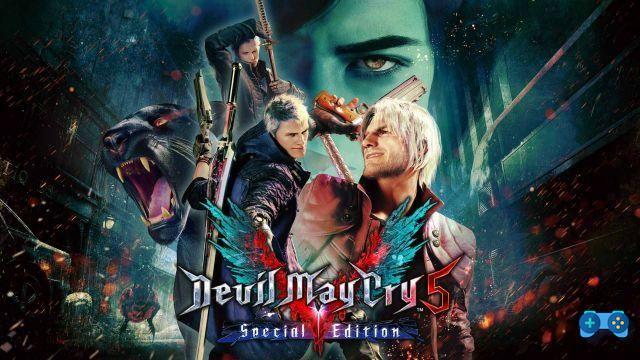 The new generation of consoles has become a reality for many, and after the resounding success of the return of Dante and Nero, we could not fail to review Devil May Cry 5: Special Edition as well. Capcom, has designed this version precisely by virtue of the power offered by PlayStation 5 and Xbox Series X, enriching the package with some additional content.

Those who missed the "old-gen" version need not worry, in fact Devil May Cry 5: Special Edition does not affect the main plot in the slightest. The title begins by throwing you right into the fray, forcing Nero (led by you), the mysterious and pale V and the eccentric demon hunter Dante to fight the powerful demon Urizen.

The strength of the trio combined with the potential of Trish and Lady, however, was not enough to bring down the fearsome opponent. This forced Nero and V to escape in order to power up and end the existence of the Demon and the huge strange tree (whose name is Qlipoth) that has invaded the city of Redgrave.


After this short, but intended prologue / tutorial, you will discover why the good Nero is no longer in possession of his incredible demonic arm (which we had the opportunity to appreciate in Devil May Cry 4). The latter was snatched from him by a "human version" of Urizen himself, and transformed into the demonic sword Yamato, formerly owned by Virgil, Dante's brother.

The young demon hunter will be helped in his enterprise by Nicoletta Goldstein, a young and irrepressible gunsmith who carries in her DNA the legendary ability of the creator of Dante's legendary guns Ebony & Ivory. The latter, will build for Nero, a series of powerful mechanical arms, unfortunately this innovative technology is not very durable.

Once we have learned all these dynamics, Devil May Cry 5: Special Edition will bring us back to the battlefield, making us alternate between the iconic three characters.

In case you want to discover the new dynamics connected to the gameplay and the combat system, we invite you to read our review of the previous iteration. 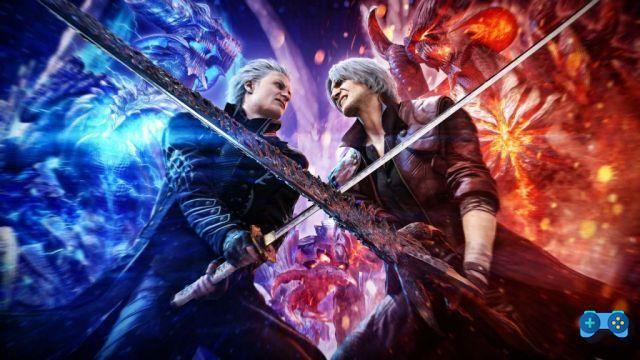 The news of this edition

Surely many of you will wonder why you should buy the Special Edition. In fact, the public interested in this new package is basically divided into two, the first, who have already experienced the last adventure of Dante, Nero and V and those who have decided to wait for a more complete version.


Obviously, the title has something to offer for both parties, in fact, those who have already tried the title will be able to play the role of the "badass" Vergil, a character who will be added to the already rich roster of playable characters. Among the other innovations introduced by this edition, we can include the Mythical Dark Knight mode and the Turbo Mode.

The first mode, whose name recalls a hooded superhero, is dedicated to the hard and pure, those who will see their skill (and their patience) put to the test. In fact, the title will exponentially multiply the enemies you will face within each level. We recommend this option for those who want to continuously farm style points and red orbs. The latter, as fans of the series will know, are very important to the game economy.

As for the Turbo Mode, the game speed will increase by 120%, transforming a fast-paced title into something legendary (a bit like the good Fry under the influence of 100 coffees). All this will drastically reduce game times, therefore, it will be the most used mode by the so-called speedrunners.

But how strong is Vergil?

One of the most important additions of this edition concerns Vergil himself. In fact, Dante's brother is particularly loved by fans of the series, so much so that they ask (with some insistence) to create a chapter entirely dedicated to him.

The addition of the character, which will also take place via paid DLC for those who have already purchased the previous title, was somewhat predictable. The admired brother of the Demon Hunter is included in the title of arrogance, and in a very short time he will become the most used character. We also inform you that the rightful owner of the iconic Yamato sword can be used throughout the campaign and even for the Palace of Blood.


The character in question is definitely overpowered, in fact he will be equipped immediately with all his weapons (Yamato, Beowulf, Mirage Edge and Mirage Blade). Furthermore, without incurring the risk of spoilers, we inform you that Virgil will also have the ability to summon a doppelganger that will accompany him for a few seconds in battle, unleashing the most total panic in the enemies.

The entire combat system designed for Sparda's powerful eldest son is fluid like few others, so much so as to provide the user with the ability to grind style points with ease. To all this, we must add the possibilities of assuming demonic form.

All this power within a single character, they deliver a playful experience that is anything but balanced, even if damn fun, just in full Devil May Cry style. 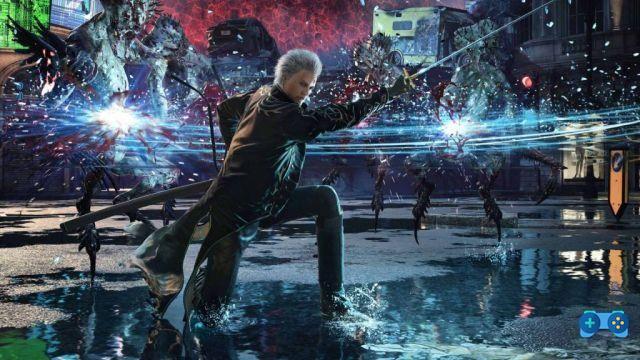 Has the next-gen arrived?

Obviously, one of the main reasons why a newbie should buy Devil May Cry 5: Special Edition is directly connected to the potential offered by the next generation consoles and promised by the trailers through amazing announcements. But will it all be true?

All Capcom promises have been kept, in fact, on PS5 and Xbox Series X we will be able to experience the thrill of 120 fps and 4K. Unfortunately, however, we cannot mix everything, by accessing the menu dedicated to the graphic options of the title we discover that having at the same time maximized frame rate and Ray Tracing will not be possible at all. So, like in Spider-Man: Miles Morales, you decide what your priorities are.

Furthermore, it will not be possible to have Ray Tracing even when playing with Turbo Mode. Let's say that even by ticking the Ray Tracing you will not get much, in fact we are talking about an excessively lively title to enjoy the possibilities offered by this technology.

Last but not least, it concerns the use of DualSense, in fact, we thought that the innovative PS5 pad was used better. Unfortunately, the entire sensory experience is limited to a slight use of the speaker and haptic feedback, leaving out the peculiar adaptive triggers.

The rating given last time has not changed. In fact, Devil May Cry 5: Special Edition retains the soul of the excellent base game that revolutionized a brand destined for a premature end. So if you haven't played the title at the time, it's a must-have for next-gen console owners.

The additional contents are definitely fun and nice, especially the inclusion of the very strong Vergil. On the other hand, not all additions seem to be very accurate. Finally, as regards the next-gen technical sector, the addition of 4K and Ray Tracing is appreciable, but you could do a little more.

In any case, if you haven't tried the game (may Sparda have mercy on you), this is a great opportunity.

Do you want to complete all the achievements and trophies and know all the tricks, guides and secrets for your video games? SoulTricks.com is a group of video game fans who want to share the best tricks, secrets, guides and tips. We offer the best content to be a source of useful information, so here you can find guides, tricks, secrets and tips so you can enjoy your games to the fullest. Are you ready to get all the achievements of that game that you resist so much? Enter and enjoy your favorite video game to the fullest!
Review in a nutshell: Darq ❯

Add a comment from Devil May Cry 5: Special Edition review