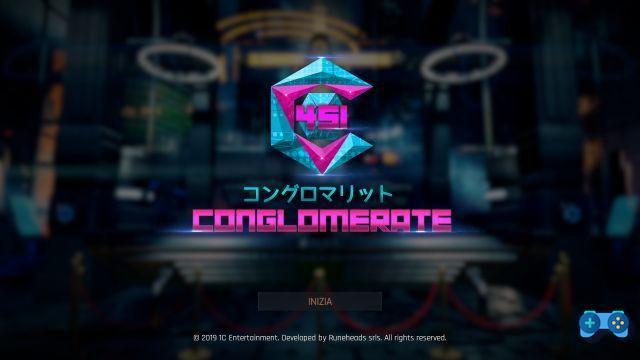 Conglomerate 451, the first Cyberpunk video game from developer RuneHeads, has finally arrived in our libraries.

Whether it's movies like Blade Runner or The Black Tower, or video games like System Shock, the Deus Ex series or the upcoming Cyberpunk 2077, the cyberpunk aesthetic has always had a mysterious appeal. However, video games have long had the ability to mix cyberpunk with other genres, creating absolutely unique hybrids. This hybrid category includes Conglomerate 451, which mixes futuristic “Robocop” settings with cyberpunk settings; Conglomerate 451 is born from the mix of a “grid” gameplay with dystopian settings.

The synopsis of the game gives us a rather precise overview of the cyberpunk setting of the title: “Corrupt corporations are taking over and the government of Conglomerate City wants to stop their proliferation. For this reason it has decided to mobilize task forces that patrol the city perimeter to stop the spread of these corporations ”. Our character - as you can guess - is part of these special teams. Its purpose, in common with that imposed by the government, is to clean up the streets, specifically those of sector 451, using clones. 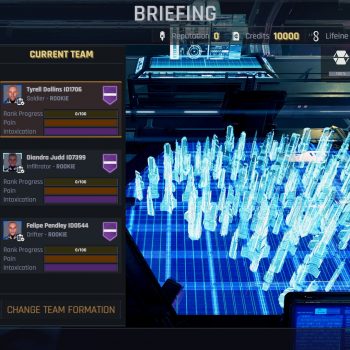 A matter of choices.

While the settings are capable of providing enough lore for a title like this, Conglomerate 451's use of the prolific narrative background is frankly very disappointing. I try to make the idea better: the narrative, in itself, is totally passive, except in a few and sporadic cases in which we are asked - during a mission - to make choices and consequently make decisions. However, the whole thing has no impact on the gameplay. Whether you decide to be a fanatic of government propaganda or that - on the contrary - you decide to turn your back on it, everything will only serve to trigger one of the three possible endings. This aspect so careless, unfortunately, can hardly lead the user to decide to replay the title two more times to reach all the endings.

In addition, during the missions I was often accompanied by a narrator guided by artificial intelligence. Although his role was that of "comic shoulder", the effects are bleak. It follows that most of the time you will find yourself cursing every time he opens his mouth to say something. In conclusion, all these elements just described should convey the public opinion on the idea that Conglomerate 451 is a title based more on storytelling than on gameplay. Instead, as I already think it is understood, it is exactly the opposite. 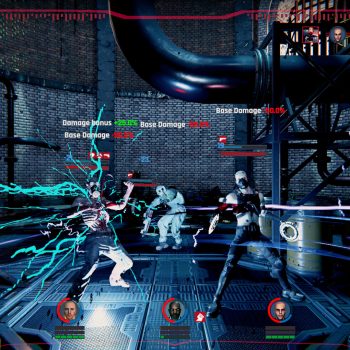 One level at a time.

In terms of gameplay, as opposed to storytelling, Conglomerate 451 flexes its muscles. Basically, the levels consist of scouting a certain block and then looking for and finding the exit, and finally completing the main mission. The latter takes place in one or more areas and consists - mainly - in carrying out certain tasks as a task force. Kill all enemies, take out a VIP target, find a valuable item, and more of this caliber. Also, at the beginning of the game, the developer offers the possibility to skip the whole city and complete only the main part of the story.

Dwelling on the individual levels for a moment, the game also features Roguelite mechanics. In small change, it is possible to randomize the layouts and missions within the levels. However, I do not recommend this function, as it risks making each mission repetitive and differentiating, compared to the others that will be faced, only the map of the area. The level design however is truly basic, without any spark of genius that can somehow make it less flat.


Each completed level scrolls the game's internal clock by a week, and - simultaneously with the narrative - loosens one of the guilds' grip on District 451. Whenever the power of one of them reaches the fateful level 0, it will have to be faced. a boss as the ultimate goal. However, the aim of the game is not to loosen the control of the four companies, but to reach week 75. This, on balance, is a major limitation, as it forces the player to a lot of grinding as it manages to defeat the four corporations. in much less time. 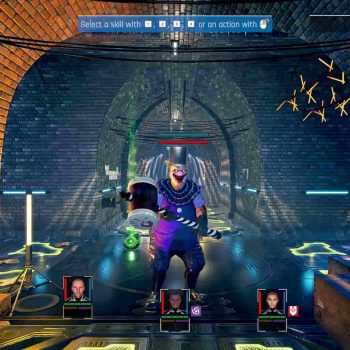 As for what can be done within each level, there are three main components of the gameplay: combat, looting and mini-games. Specifically, the functions of Conglomerate 451 are as follows: 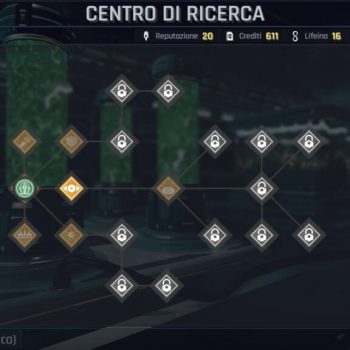 Who doesn't want their own clone?

The high quality of customization of their clones is certainly the best part of this title. We will have eight different clones, each with their own weapon and specialization set. Every weapon, armor and hacking unit can be upgraded and equipped with SPUs, items that provide stat boosts and are found looting enemies or simply buying them from vendors scattered around Conglomerate City. In addition, each class can use four out of six different fighting skills and each of them can - of course - be upgraded. Not only that, you can also change the names of the clones and choose a different color for each to indicate them. However, if a clone were to die, any improvement on it would be lost.

Going on to describe the sheer amount of features, detox tanks are another noteworthy mechanic. In fact, when the clones are damaged, their pain bar is touched and the intoxication bar increases. The more this increases, the more the clone is weakened. If the intoxication is mild, this malus can be removed; on the contrary, if the intoxication is severe, the malus becomes permanent. For this, tanks can be unlocked that detoxify damaged clones, at the cost of not being able to use them for a virtual week. 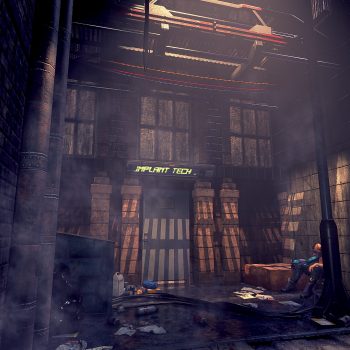 Conglomerate 451 is an RPG with rather crude "grid" mechanics. While it's fun, level design and storytelling are two critical issues that are too pronounced to ignore. However, the customization and game mechanics are very nice and well done, enough to keep the player entertained for hours.

Although I must put a vote on the title, I would like to make a consideration public. Despite the various critical issues highlighted, we all need titles like Conglomerate 451, guys who are committed to giving us a product made and developed - first of all - with the heart. An applause of encouragement and a good omen for an ever better future goes from the editors of Soultricks to the guys at RuneHeads. Regardless, good!

- Poor propensity to be played again

Summary
Conglomerates 451 it is a valid but immature title, which however makes us understand that RuneHeads is on the right path, ready to bring into the world and deliver us a title with the counter attributes, only at the right time.
gameplay
Graphics
Sonoro
Longevity
Final judgement
Do you want to complete all the achievements and trophies and know all the tricks, guides and secrets for your video games? SoulTricks.com is a group of video game fans who want to share the best tricks, secrets, guides and tips. We offer the best content to be a source of useful information, so here you can find guides, tricks, secrets and tips so you can enjoy your games to the fullest. Are you ready to get all the achievements of that game that you resist so much? Enter and enjoy your favorite video game to the fullest!
Spiderman Review: Web of Shadows ❯