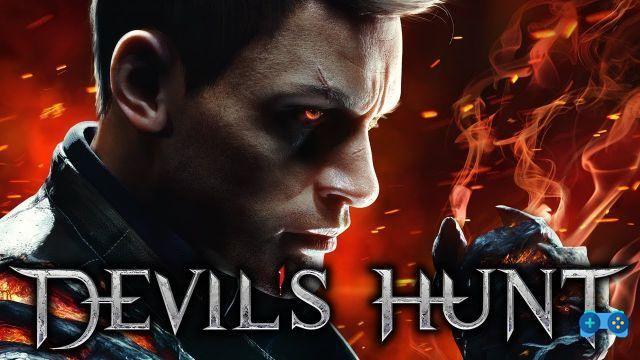 Finally available the awaited hack-and-slash developed by Layopi Games. Will the studio be able to meet expectations?

Adaptations of books in other works have become extremely popular over the years; either for the success of The Lord of the Rings or Game of Thrones, many novels have become pop culture in the minds of - not - young people. The same can be said for books that have become video games, using The Witcher as a striking example, but also other videogame pearls such as the Metro or STALKER series Throughout this story, the author Paweł Leśniak has done everything to transform his novel Equilibrium into a video game. This effort contributed to the birth of Devil's Hunt.

Devil's Hunt is the first effort of Layopi Games. Did this work break into a troubled genre like hack-and-slash? 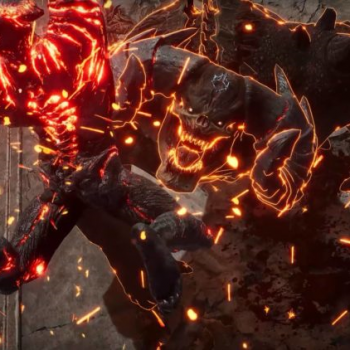 The pact with the devil.

In Devil's Hunt, the player takes on the role of Desmond Pearce, the scion of an important entrepreneur ready to inherit his father's company. While he's living his life to the fullest - with a girl ready to marry him and a career on the way to take off - a series of misfortunes will cause Desmond to face none other than Lucifer, the only one who can rearrange the protagonist's life. .


Well, as you can see from this brief introduction, the story seems convoluted; and, indeed, it is. Although the story was written by its creator, which leaned towards great storytelling, the format seems to fit better with other works and media than a video game. While it's fair to say that there are really well-written and characterized characters, that's not enough to make the main campaign's seven / eight hours fully passable.

Side note and merit, the voices of the actors and voice actors are the best sector of the video game, although sometimes they do not coincide with the movements of the lips. However, this second aspect falls into anonymity, it is so nice to hear them talk and interact with each other.

Furthermore, Devil's Hunt always questions the duality between good and evil, light and darkness, right and wrong, to the point of making it sickening. While it may seem like a wonderful tale of a fall with a consequent rise, on the other it will seem like an exaltation of the stereotypical hero. Desmond is so empty, emotionless, that he is as boring as an American b-movie character. 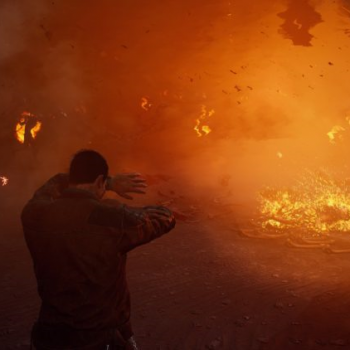 The best weapon is defense.

Most of the time spent is slicing through hordes of the same enemies, with a few boss-fights scattered here and there. Although Desmond's attacks are initially slow, the skill branches will quickly allow the scion to use supernatural powers and devastating critical moves. Each branch of the skill tree corresponds to a fighting school, easily interchangeable with the arrow keys.


The Executor class transforms Desmond's arm into a demonic arm, similar to what is seen in Tales of Berseria, making the protagonist a weapon of destruction; the second class, Wicked, allows Desmond to regenerate his health or throw ranged weapons; the Void class, finally, allows the protagonist to use full demonic power. In addition, each hit will charge the demonic bar, which, once completed, will allow you to be invincible and cause powerful damage for about ten seconds.

Which is very poetic and nice to tell, were it not for the fact that you can easily complete the game by always pressing the same keys, making the gameplay, in fact, "button smashing". Sin. 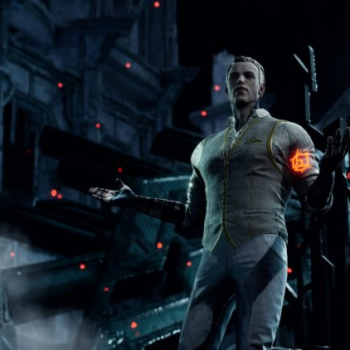 The feeling you get, playing Devil's Hunt, is that of a title finished in a hurry only to please the market. It follows that the empty areas are filled with enemies and minibosses that make life impossible not for the difficulty of the clash but for the disproportionate number.


Despite the three branches of combat, the clashes lack complexity, and there is no real strategy to face this or that enemy. Each moveset has a precise pattern that is clearly visible, and each skill has only four key combinations. All of this makes combat a vicious circle of dodging and random attacks until you finish the enemy. When it works, the fight is exciting; when not, it's really boring.

Furthermore, there are no real environmental puzzles to make exploration more difficult and interesting; no, in their place, just keep running through the infernal corridors until the command prompt to open a door or unlock the path appears on the screen. 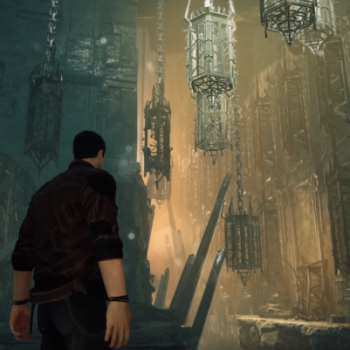 Speaking of technicalities, Devil's Hunt does a wonderful job, and manages to integrate well with the hardware it runs on. The animations are well constructed, with the exception of Desmond's, whose face never moves, not even for dialogue or to express emotions. Textures and animations of characters such as Lucifer are almost more wonderful than their more "known" counterparts, unfortunately lacking the right screentime to be fully enjoyed.

The fights are chock full of particles and sparks that are truly beautiful to see. The colors are perfectly in contrast with the gloomy ones of hell. Furthermore, some sessions and some levels are really well imagined and designed, leaving a real “wow” effect.

Sore point, it's a shame that, despite being a PC game, it's nearly impossible to play with a mouse and keyboard. More support and optimization for these devices should have been crucial. 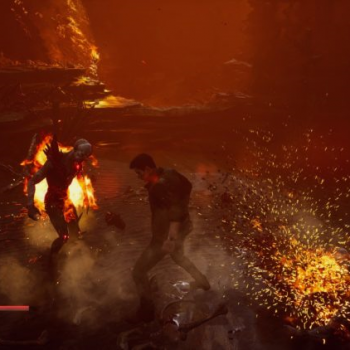 It is essential to underline that Devil's Hunt is an indie. Promotion and work carried out could lead to a triple A, but this is not the case. The narrative suffers from infodumping, some hordes of enemies will be frustrating, but the title is meant to be indie.

For this reason, despite the myriad of flaws, I feel I can recommend it. All in all, it is an enjoyable experience that will make a few hours spend carefree. The work on writing and gameplay is still far from complete, but an applause for the courage and persistence, Pawel, I think you deserve it all.

- Directed and written by the author of the novel

- Hell for a long time monotonous

Summary
Devil's Hunt, in conclusion, is a title that deserves the purchase for the courage of the creator, but the road behind it to become a complete product is very long.
gameplay
Graphics
Sonoro
Longevity
Final judgement
Split / Second, new high definition images ❯