Once again the Time Patrolmen take to the field.

Not even two years have passed, but the first Dragon Ball Xenoverse he had done an excellent job, renewing a famous fighting saga that has now become stale and obtaining some success with the public. Enough, at least, to convince the developers that pursuing a second chapter wouldn't be such a bad idea. And in fact, at least in a theoretical and proactive line, it was not. There was still a lot that could be done in the first Dragon Ball Xenoverse, several things that needed to be revised and details to be added, in an underlying mechanic that, however, managed to convince from the first game session.

Here it is again, in a larger town than TokiToki City, in a title that maintains the soul of the piacchiaduro of the past but which opens up, and in an even more decisive way than the first, to the world of online multiplayer. Indeed, let's face it: it thrives on online multiplayer. Dragon Ball Xenoverse 2 without internet connection is unthinkable, you could play it anyway, but sacrificing a good 75% of the soul of the game. Online is the price to pay for modern games about ancient glories. Let's see how the piacchiaduro inspired by the world of Toriyama fares in this second exam.


A walk in time, once again

From the narrative point of view Dragon Ball Xenoverse 2 unfortunately does not dare to take new paths. To be honest, we would have expected either a different deepening of the plot of the first chapter or a completely new narrative path, which knew how to reproduce that freshness that the first Xenoverse was able to give. Yes, because two years ago Bandai Namco he had amazed us with one strategy really out of the rules: to impersonate not Goku, but any avatar created by us. His task was to save the course of Dragon Ball's world history from the aims of Mira and Towa, two evil demons of the lineage of Dabra capable of altering the flow of time. 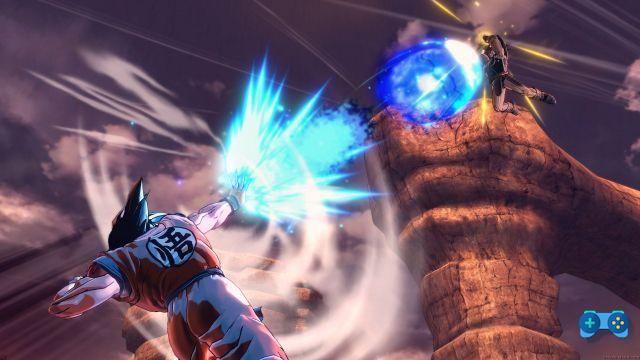 This meant going back until Napa and Vegeta arrived on earth, for example, and preventing them from taking over our heroes. Creating your own Time Patrol and traveling up and down through the ages was something never seen before.

Now, imagine our surprise that Dragon Ball Xenoverse two features… exactly the same thing. Once again, go back in time to restore order instead of chaos. Once again Raditz threatening to defeat Piccolo and Goku. Once again Napa and Vegeta to be stopped in unstoppable upheavals of narrative continuity. The plot is practically the same, everything has already been seen, except for some marginal addition of new episodes taken from both the canonical saga and Dragon Ball Super. Even the characters say it, when Kaioshin the Superior says, referring to our mission: -A colleague of yours had already thought of it, but now time is in danger again-. We are really in full recycling of material already used, when perhaps it would have been possible, for example, to explore the plot of Dragon Ball GT, which does not even appear by chance although its characters make more than one raid.


A real shame: if the first time the surprise effect of the "time problems" due to the bad guys on duty left you surprised and all in all satisfied, repeating the same plot again is definitely not good for players who have already gutted the first chapter by Dragon Ball Xenoverse. Fortunately, narrative is only a fringe aspect of production, and it never really turns out to be really fundamental, and the developers know this. Otherwise it would have been pains.

Firmly holding the controller in hand and memorizing the basic key combinations to beat opponents, Dragon Ball Xenoverse 2 gives its best, and reminds us that after all we bought it to beat up as if there was no tomorrow Raditz, Freeza, Cell and company, not for much else. The soul is that of the fighting game of yesteryear, of the Budokai Tenkaichi, but veined by the commercial industry of modern times. So, not even this time expect the entire cast of characters from the series. Only the dutiful shortcomings of the first chapter have been added: Imperfect Cell, Cooler with its various forms, some Dragon Ball Super characters that had been distributed only through DLC (the super saiyan God). They are all playable almost immediately, just continue a little bit in the game plot. Why not include all the characters, as it used to be? Because the team insists on customizing their avatar, so put your soul in peace and create your character like in The Sims, because the direction is very likely to remain this also in the future.

In the game mechanics an important factor contributes to differentiate Dragon Ball from other fighting games on the market, for example from Naruto Shippuden: the strong coexistence of RPG mechanics. Between skill points to spend, incremental levels of the character up to the legendary level 80, skills to choose, master and customize, game styles to learn, for a moment you forget that it is Dragon Ball and that in Dragon Ball there is above all Goku with his Kame-hame-ha. Personalization is a radical element of the production, and fits perfectly with the RPG mechanics that were introduced already in the previous chapter. But in what way? 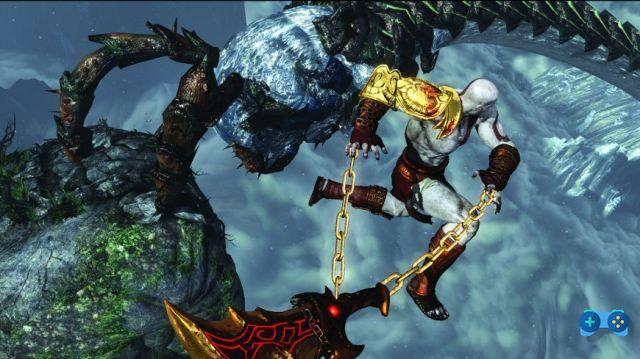 At the time of the first launch of the game you will be asked to choose a breed. The game classes Saiyan, Grounder, Freeza Army and Majin will be present. You can then create your double in your image and likeness, but also in the image and likeness of a warrior who recalls the salient elements of Freeza, or of Majin Buu in his various plump and slimmer forms. What changes from one choice to another? Each game class features core stats and most suitable play styles. A Saiyan warrior (the only one capable of transforming) will recharge their aura very quickly and launch devastating attacks, but a Majin will have defense and health bonuses and are able to withstand a wide range of enemy offensives. Not only that: to make everything even more interesting, even sex affects the balance of the characters. The females of a given game class will be balanced differently than the males of the same. But these are not biases of any kind: one class over another and a woman over a man will have higher stats and others lower, to offer a great variety (and the team also hopes for great replayability) in playing styles. game. The mechanism is always that of compensation.

Dragon Ball Xenoverse 2 features a wide variety of game modes, all designed to be played both online with up to four players at the same time, offline alone or with a friend physically present next to you. Whatever your choice, fun is guaranteed, but the choice often depends on the mode you select. 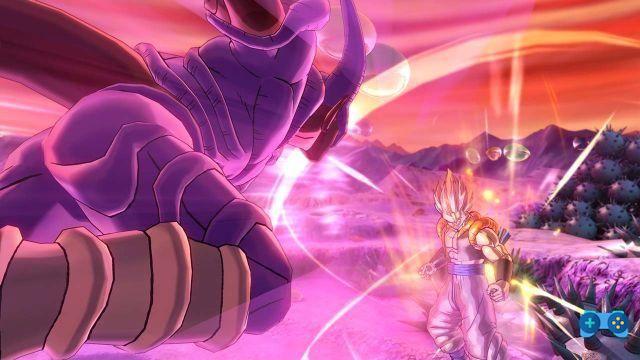 The story levels are clearly designed to be played in single mode and become familiar with both the basic and the more complex mechanics, as well as with the various levels of difficulty offered by increasingly powerful and dangerous opponents.

Parallel Missions are back, which will be unlockable both by continuing in the main story and by obtaining them from various characters present in the main city map. Parallel Missions are side quests carefully designed to offer variety from the main story levels, or at least that's the intent of the developers. The narrative premises studied are in fact the most bizarre and varied, but still a mere excuse to take the field, beat everyone up and get more or less interesting rewards. They can also be played online in the company of three other players, and in the presence of a close-knit team there is sufficient satisfaction. After all, both the main game map and all the missions of the game are designed to be tackled in the company of casual online players or friends: the soul of Dragon Ball Xenoverse 2 continues in the footsteps of its predecessor focusing on a product (almost) always focused on cooperative multiplayer on the net.

Not that offline there are few things to do in the company of a friend with a second controller. Parallel Missions can in fact be played even without being connected to the internet, although additional difficulties could be encountered in equalizing the strength of the enemies present. The classic 1 VS 1 Challenge mode is then re-proposed in the Tenkaichi tournament, where your character and that of your friend will descend into the ring to give them a good reason and compete for the title of new world champion.

The world of Toriyama comes to life

For a fan of the Manga and the TV series, seeing Dragon Ball on the TV in the living room is always a pleasant experience: the traits of the characters, the world and the buildings recall faithfully with precision maniacal those of the teacher Akira Toriyama. From the creative point of view there are no problems, but the technical care of the production and the level design could easily be revised in almost two years after the first chapter. Frankly, perhaps the impression remains that scenarios, characters and levels of the first Xenoverse have been taken to throw them into the cauldron of Xenoverse 2, seasoning them with some marginal additions. The maps have already been seen, the places already visited, even some scenes recall the clichés of the first chapter. The proof is that even the technical limits of the predecessor remain, with a stable frame rate but subject to some oversight, polygonal models that sometimes intersect each other for no apparent reason, poor and not very destructible scenarios. Not even the music sector is able to leave its mark, indeed eliminate the sound altogether, between a dubbing in English to the limits of frustration for the original voices and repetitive music, it does not even seem a bad choice.

Do you want to complete all the achievements and trophies and know all the tricks, guides and secrets for your video games? SoulTricks.com is a group of video game fans who want to share the best tricks, secrets, guides and tips. We offer the best content to be a source of useful information, so here you can find guides, tricks, secrets and tips so you can enjoy your games to the fullest. Are you ready to get all the achievements of that game that you resist so much? Enter and enjoy your favorite video game to the fullest!
Mega Man Legacy Collection 1 and 2: our review ❯

One Piece: World Seeker, our review