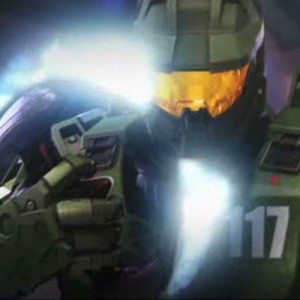 Have you passed out yet? Are you starting to experience tachycardia problems? Have you already started canceling your Xbox live membership and swearing in Aramaic? Rest assured, Master Chief remains, videogame speaking, on Xbox 360; arriving on Playstation 3 or better in Bluray version, is HALO LEGENDS, the seven fantastic animation episodes, created by seven Japanese studios, selected from the most popular teams worldwide, which tell some important background on the mysterious origins of Master Chief, some unknown events of the HALO saga and the sophisticated combat techniques of the Spartans and the origin of the rivalry between the Spartans and the Orbital Assault Troops (the ODST).

The most curious thing is that the episodes of Halo Legends will be available first in Bluray format, on March 9, and then on DVD, on March 23. Could it be the trojan horse that the guys from Microsoft and Bungie, new Athenians, intend to use to unhinge the hard core of Playstation 3 purists? More information in the attached press release.

The solution to the mysteries of the Halo saga comes from the Rising Sun!

Halo Legends is to Halo what Animatrix was to The Matrix. The philosophy on which the project is based is in fact that of 'telling things not seen' in the gripping Halo saga. The final result translates into seven fantastic animation episodes, created by as many Japanese studios, selected from the most popular teams in the world. Halo Legends is technically perfect and incredibly original, thanks to a series of ideas and ideas that will help lovers of the famous shooter to definitively understand one of the most important and famous 'game epics' in the history of video games. The double version in DVD with two discs and Blu-ray also offers a series of special contents definitely not to be missed for fans of the series.

You can't say you know Halo if you don't know its legend!

Screen: Seven exciting stories (told in eight parts) about the famous science fiction saga, to learn in depth the rich universe of Halo, the mysterious origins of the Master Chief, the sophisticated fighting techniques of the Spartans and the great rivalry between the Spartans and the Troops of 'Orbital Assault (the ODSTs). Created in collaboration with some of the greatest Japanese animators, Halo Legends will drag you to the center of the battles between humans and the Covenant, dynamically animated with cutting-edge techniques capable of creating an extraordinary visual experience for truly breathtaking adventures.


Go beyond the video game and answer the call of Halo Legends .. 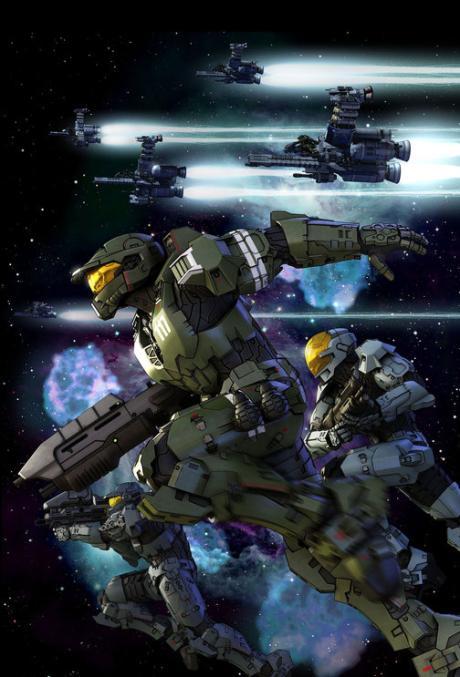 The Halo saga: the story of one of the most successful video games ever begins in 2001 when, for the Microsoft Xbox console, the first episode, Halo: Combat Evolved, was released, able to forever redefine the concept of first-person shooter for consoles . The immense and immediate success make Master Chief, the Spartan soldier protagonist of the game, an undisputed icon, ready to fight the Covenant also in the next two episodes, Halo 2 and Halo 3, released respectively in 2004 and in September 2007. In Particularly the last episode in which Master Chief is the protagonist was one of the biggest launches in the entertainment world, smashing numerous sales records and grossing over 170 million dollars on the first day of sales alone. To date, the Halo saga has sold over 27 million copies, becoming one of the names that are most linked to the Xbox and Xbox 360 consoles. In addition to the three episodes that tell the story of the war between humans and the Covenant, two other games are available. : Halo 3: ODST - "Orbital Shock Troops", which tells the story of an orbital troop raider desperate for his missing teammates in an attempt to save the earth from alien invasion, and Halo Wars, the game of the best-selling real-time strategy in the history of home consoles, both released in 2009 exclusively for Xbox 360. The legendary Halo series is not over yet, as Microsoft announced, during E3 2009, the arrival of Halo: Reach in the fall of 2010. The game will be preceded by a mutiplayer beta, access to which will only be granted with the original copy of Halo 3: ODST. Halo: Reach is ready to follow in the footsteps of previous chapters, becoming this year's playful video phenomenon. Set on the planet Reach before the events of the Halo trilogy, it sees the player accompany the Noble Team into battle, made up of Spartan soldiers each characterized by particular and unique peculiarities.

For all information on the home video release and to download press releases and images of our products, remember to consult WHVdirect.com, Warner Home Video's exclusive Business to Business portal.

Do you want to complete all the achievements and trophies and know all the tricks, guides and secrets for your video games? SoulTricks.com is a group of video game fans who want to share the best tricks, secrets, guides and tips. We offer the best content to be a source of useful information, so here you can find guides, tricks, secrets and tips so you can enjoy your games to the fullest. Are you ready to get all the achievements of that game that you resist so much? Enter and enjoy your favorite video game to the fullest!
Cyberpunk 2077: how to change the look of V with a mod ❯