FIFA 21 - FUT Ultimate Team, the most buggy players in the Bundesliga 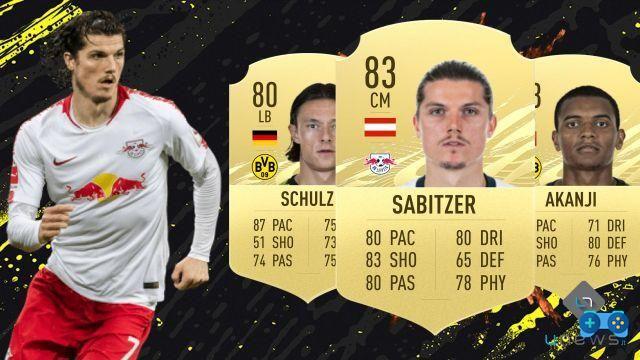 After the Premier League (BPL) and Serie A, the time has come to analyze another championship rather widespread among FIFA 21 FUT- Ultimate Team players, we are talking about Bundesliga. A league full of talents and established players, but what interests us in this short guide are the bugged players. Those players who have ratings that are not always top players (often below 80) but still capable of making a difference on the pitch. Having these players on the team FUT Ultimate Team it's important, especially if you play Squad Battles, Division Rivals, and the Weekend League on a weekly basis. For this reason we have decided to list some of the best buggy players in the Bundesliga, as usual, with their prices!

Christian günter (OV 78) of Freiburg. Price: 750/800 creditthe. Fast but also physically strong, a real tough nut to crack for all attacking opponents but also capable of offending when needed.

Tapsoba (OV 78) of Bayern Leverkusen. Price: 800 / 950 credits. Don't be fooled by those two 78's in defense and physical. This defender is above average. He also has 3 * of weak foot, which is unusual for a player with this OV.


Ibrahima Konaté (OV 78) of Leipzig. Price: 900 / 900 credits. Rocky defender, fast, physically strong and with a good defense. That 85 of contrast can really come in handy!

Manuel Akanji (OV 78) of Borussia Dortmund. Price: 1.000 / 950 credits. All-round defender. It does not shine for its height but it is a real mastiff.

Nordi Mukiele (OV 80) of Leipzig. Price: 1400 / 1700 credits. A beast. Fast but above all strong defensively. They will be pains for the opposing attackers.

Kunde Malong (OV 76) of FSV Mainz 05. Price: 700/700 credits. At such a low cost it is a must have. A fast CDC and also physically strong. Better to counter rather than wait for the attacker to arrive in the race as he only has 70 defense.

Thomas Delaney (OV 81) of Borussia Dortmund. Price: 900 / 900 credits. More than just a matchmaker. Strong defensively but also capable of proposing itself in attack.

Konrad Laimer (OV 82) of Leipzig. Price: 900/1.100 credits. Not unlike Malong but slightly faster. By taking both, you will always have the right alternative in midfield.

Marcel Sabitzer (OV 80) of Leipzig. Other CC. Absurd that it has such a low price, 2.100 / 2.300 credits. It has the perfect attacking characteristics: speed, dribbling. shot and pass. Let's also add 4 * weak foot and the good Marcel could be the added value of the team. A must have among the buggy players of the Bundesliga.

If you play with the COC, we recommend these buggy Bundesliga players:

Jean-Paul Boëtius (OV 76) of FSV Mainz 05. Price: 700 / 700 credits. The COC is certainly not perfect but capable of surprising. Fair speed, good dribbling and 4 * in regards to skill moves and weak foot.

Christopher Nkunku (OV 80) of Leipzig. Price: 700 / 700 credits. Less speed than the previous one but more dribbling and good passing.

Karim Bellarabi (OV 82) of Bayern Leverkusen. Price: 1.200 / 1.300 credits. Technically skilled player, fast and able to break the opposing defense in two. He is not a sniper but he scores his goals.

Valentino Lazaro (OV 79) of M'gladbach. Price: 1.000 / 1.500 credits. Less fast and technical than Bellarabi but excellent as a substitute, perhaps to keep possession of the ball or look for a counterattack.

Here we have two choices that are equivalent. In particular:

Leon Bailey (OV 80) of Bayern Leverkusen. Price: 1.400 / 1.400 credits. To say the least devastating thanks to its enormous speed and dribbling. All accompanied by 4 * skill and weak foot.

Moussa diaby (OV 81) of Bayern Leverkusen. Leverkusen doesn't like slow exteriors. Price: 900 / 1.000 credits. Unlike his teammate, he has only 2 weak feet, better not to kick him with his right foot. Its acceleration, however, is burning. 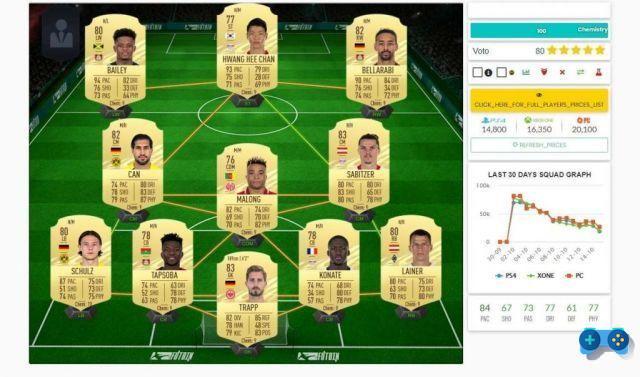 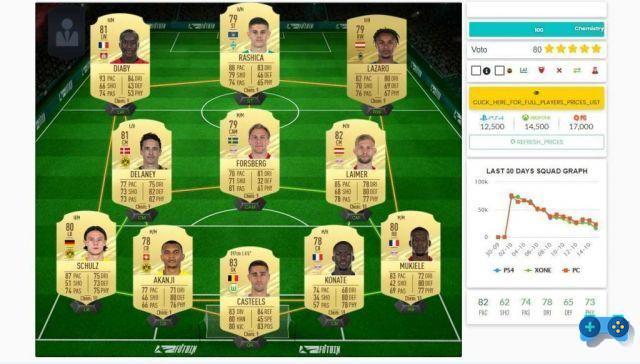 That's it as far as the buggy Bundesliga players are concerned.

Do you want to complete all the achievements and trophies and know all the tricks, guides and secrets for your video games? SoulTricks.com is a group of video game fans who want to share the best tricks, secrets, guides and tips. We offer the best content to be a source of useful information, so here you can find guides, tricks, secrets and tips so you can enjoy your games to the fullest. Are you ready to get all the achievements of that game that you resist so much? Enter and enjoy your favorite video game to the fullest!
Asus presents the new Asus Zenbook 3 Deluxe UX490 ❯

Crash Team Racing Nitro-Fueled: all the tricks of the game

Assassin's Creed Valhalla - Guide: How to get the hidden blade

Hollow Knight: the complete guide to the game and its lore

Add a comment from FIFA 21 - FUT Ultimate Team, the most buggy players in the Bundesliga