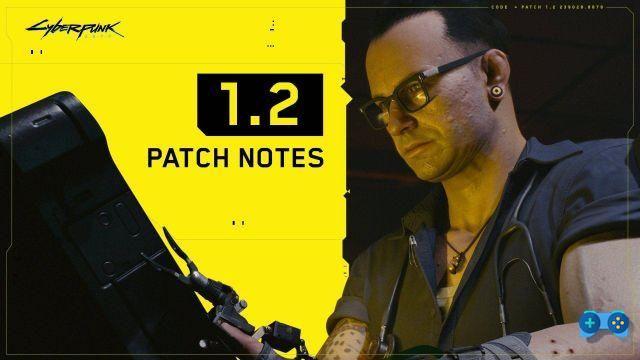 CD Project Red announced that the long-awaited 1.02 patch of cyberpunk 2077 will come up soon PC, Xbox One, PS4 e Stadia. In the press release you can read many improvements to the title, including the enabling of the Ray Tracing on graphics cards AMD.

At the beginning of March, we analyzed some of the improvements of the new one patch in another article. These include correcting police response times and driving problems.

The list released by CD Projekt however, it includes hundreds of changes. These range from small details in the behavior of the characters, to big changes in the use of the Ray Tracing. The list of updates is divided into sections ranging from gameplay, missions, open world, cinematic design, environment and levels, graphics, audio, animation, user interface, stability and performance changes.

The list contains hundreds of items and ends with the words: “and many more”. It is therefore likely that much of the problems they have plagued cyberpunk 2077 will be fixed by this patch. CD Projekt has not yet provided an official date but, according to the release, the release will take place soon.


The update was initially scheduled for February 2021 but, following the hacker attack that hit the Polish software house, the development took longer than expected. It is also likely that, after the release of version 1.02, CD Project Red he will get to work on the next generation console version of his title. Its release is scheduled for the second half of 2021.


It is not yet clear, however, whether the release of this patch will also mark the return of cyberpunk 2077 su Playstation Store. Sony has in fact removed the title from its store following the serious stability problems that plagued it at the launch on the console.

Do you want to complete all the achievements and trophies and know all the tricks, guides and secrets for your video games? SoulTricks.com is a group of video game fans who want to share the best tricks, secrets, guides and tips. We offer the best content to be a source of useful information, so here you can find guides, tricks, secrets and tips so you can enjoy your games to the fullest. Are you ready to get all the achievements of that game that you resist so much? Enter and enjoy your favorite video game to the fullest!
The Legend of Zelda: Breath of the Wild, Recipe and Potions Guide ❯

Sleeping Dogs, the system requirements for the PC version

Add a comment from Cyberpunk 2077: all the details of the patch 1.02 available