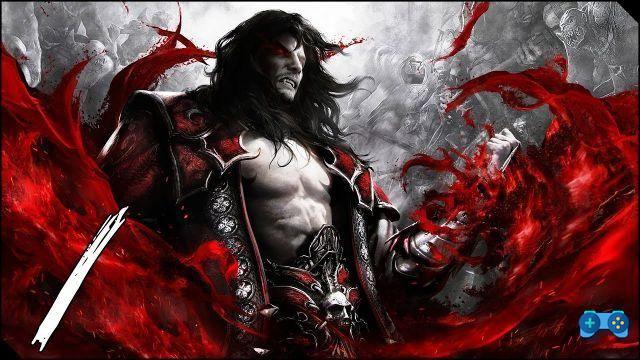 Castlevania: Lords of Shadow 2 it's a conventional sequel. Despite the title, however, it is not a direct sequel to the first chapter, but the third piece of a trilogy and, despite having a "2" in the title, aspires to go further. To close their particular vision of the Castlevania universe, those of MercurySteamin fact, they did not want to repeat the formula of the first or create a "direct and predictable sequel". The basis is that of the franchise, therefore combat and exploration, but changes have been added that greatly differentiate this last chapter from the previous two and that we will discover together.

The first chapter surprised the player with a return to the origins of the series, both from the point of view of the story and from the very structure of the game, a purely linear adventure. Subsequently, Mirror of Fate, the second part for 3DS, took the formula of its predecessor and modified it to support the Nintendo handheld console; at the same time he adapted the idea of ​​Castlevania derived from Koji Igarashi's signature, where the exploration of the castle was more important. So far it is possible to see a logical progression in which the same tradition of the series and the particular vision of MercurySteam went hand in hand until the last chapter. For the occasion, Enric Alvarez and his team had to face a tough test without the support of Hideo Kojima (who participated in the development of the first chapter), facing the not easy task of continuing to write the history of Castlevania.


Lords of Shadow 2 presents itself as the chapter with the most character in the trilogy, the riskiest of course, but also the most irregular. Both the scenario in which the story is set, halfway between the past and the present day, and the fact that the protagonist of the game is Dracula are interesting elements, but not everything seems well blended. While its combat system remains in good shape, stealth missions are clouded by the new game mechanics and, despite the willingness to create a more connected world, the structure and pace at which the story unfolds are issues that they could have been better dealt with. There is no lack of intense artistic work that characterizes the productions of this studio, nor the desire to offer lots of contents, such as the duration of the adventure itself, which will take you away at least 20 hours of your life.

Lots of news, but badly inserted

After a prologue that serves as a tutorial, the story begins where the surprise ending of the first Lords of Shadow left us, where Gabriel Belmont himself became the prince of darkness. Weak and angry, the protagonist drags his curse as a punishment and only the promise of an old acquaintance will bring an end to this ordeal of immortality in exchange for the end of Satan and his followers. After a start that tries to impress, it soon comes time to begin taking control of a weakened and bloodthirsty Dracula.

We immediately begin to see the real news of this release, among which a more open game scenario than Gabriel Belmont's first adventure should be highlighted. We are not far from a sandbox, but the greater breadth of the game world is not supported by a story that incites exploration, especially in the early stages. The feeling of being in a connected world, however, increases as the story progresses and in this sense the free camera proves to be a great addition that not only is well suited to the exploration component, but also helps in fighting.


Yet, even if the scenario is more complex, the game structure remains the same as in the first chapter, revealing itself to be a little more linear than we would have expected. In each mission there are always guidelines to follow: by killing all the enemies or solving the various puzzles you will move on to the next room, where you can explore the various areas to find collectibles that can increase our health or magic bar; never anything so important, such as weapons or unique items, to push us to stay too much in one area.

The structure of Lords of shadow 2 it connects the different areas by hidden loading times that improve the continuity of the experience, but when the moments of stealth appear, certainly the most controversial aspect of the game, the gameplay drastically collapses. In these moments of the game, Dracula must keep a low profile so as not to be seen by a guard who would make him go to a bad end, using some of his powers (throwing bats or transforming into a mouse, for example). These scenes are a variation of the puzzles we saw in Lords of Shadow, an element whose purpose is to give variety to the game but whose use is never properly calibrated.

Few new game mechanics based on the first

The basis of the combat system is the same as in the first chapter and, again, the game pays special attention to counterattacks and evasive movements. Studying the dynamics of attack for each enemy is fundamental and most of the time we should open the menu to see the most effective skills to use, which will be unlocked with the experience points that will release the enemies. In this regard it is interesting the possibility of enabling the display of the damage of each attack in the options menu, which help to check the effectiveness of each attack.


We would have liked the addition of a scoring system, something that surely would have justified the player's return to the already outdated areas, in addition to the activation of the classic "New Game +" which unlocks at the end of the first story, but unfortunately it is here I'm.

The gameplay reaches its peak during the boss-fight, another Castlevania classic that returns to be very present in this new title. There are also some clashes with old acquaintances such as Medusa or Death itself with its inevitable scythe. In these battles, Lords of Shadow 2 not only takes advantage of the typical QTE sequences (which can be deactivated), but also always creates a specific minigame for the occasion.

Like any Castlevania, the artistic aspect behind each of the chapters is always magnificent, and Lords of Shadow 2 is no exception. Again, the level of detail on the scene is particularly striking, with the structures and various activities emanating an astonishing originality stemming from the artists from the Madrid studio. As for the design of the characters, they are all quite good, except some of the secondary ones that are missing a few pixels. The monstrous creatures, especially those in the female version that seem made especially for teenagers with hormones above the stars (here we would like a nice Mr. Bean meme), and those that populate the gothic city in which the game is set have been filmed. especially from the old chapter with some new appearances made in a very realistic way.

The game moves smoothly at all times with some barely noticeable slowdown. There is, however, an annoying "pixel effect" that forms both in the cinematic sections and during the fighting, when fog or other effects appear.
Particles: although it is a widely used technical expedient, which allows faster loading by inserting low-resolution textures first, its presence is still not very pleasant. For the rest, the title offers a technical finish on a par with many recent end-of-generation multiplatforms, although it is far from the level of top games such as Grand Theft Auto 5 or The Last of Us, which offered an unparalleled character expression to the one featured in Lords of Shadow 2.

The composer Oscar Araujo, responsible for the soundtrack of this title, has created a work that fits perfectly with the Konami title: we are sorry that the saga is over, and with it Araujo's career in the videogame world, especially because the level of his compositions was truly excelled. In fact, there are many noteworthy songs that play during intense fights or while walking through the streets of the city. The only flaw in this sense is rather the sound design of the game, as it lacks a dynamic system capable of adapting the soundtrack to any situation by adding or removing instruments and changing rhythm according to the scene; especially for this reason in some scenes the music does not seem to fit perfectly to the situation.

Castlevania: Lords of Shadow 2 it is not only the boldest of the three chapters, but also the most irregular. It seems that the trilogy created by MercurySteam followed the same unfortunate path as the protagonist and that many of the new features added in this third part have done more harm than good. Although it has been found to grow on increasingly obsolete platforms, Lords of Shadow is still a game that can offer an abundance of content, a solid combat system and some remarkable production values, which remain important despite a constantly evolving videogame mode.

add a comment of Castlevania review: Lords of Shadow 2