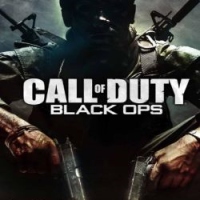 Zombies besiege the Moon. Here is the behind-the-scenes video seasoned with in-game scenes.

This new map pack adds 5 new game environments dedicated to the Zombie mode, one of which is called Moon. The name was in fact appropriately chosen as it catapults the players on the lunar soil besieged by the undead.

The Map Pack Rezurrection is available from 23 August 2011 for Xbox 360 owners at a cost of 1200 MS Points, while a date to be set also for Playstation 3 users.

We are very happy to announce Rezurrection, the new zombie pack of Call of Duty®: Black Ops, which will be made available in preview on Xbox LIVE® starting from the 23rd of August next. Rezurrection takes players into orbit with Moon, the culmination of the Call of Duty Zombies Zombie saga and the first in the series that brings Zombie battles to the sound of the moon. With incredible new weapons, high-tech gear and a bloodthirsty undead threat, Moon is the most thrilling and thrilling Zombie experience ever.


The new Map Pack Rezurrection include:

For all those who have purchased the Collector's Edition in Expert - Hardened - and Prestige - Prestige versions of Black Ops and already own the 4 Zombie maps, the other contents in the pack Rezurrection, including the new Moon map, soundtrack and new music theme will be available for free.

For players who have not purchased either version of the Black Ops Collector's Edition, Rezurrection it will be available at a cost of 1200 Microsoft Points.

To celebrate the launch of Rezurrection and the Call of Duty XP, the team will organize a Double XP Weekend during the Labor Day weekend - 1st weekend of September.

Developed by Treyarch and edited by Activision Publishing, Inc., Call of Duty: Black Ops is rated PEGI 18+. For more updates on Call of Duty, visit www.callofduty.com/blackops or via Twitter @Treyarch. 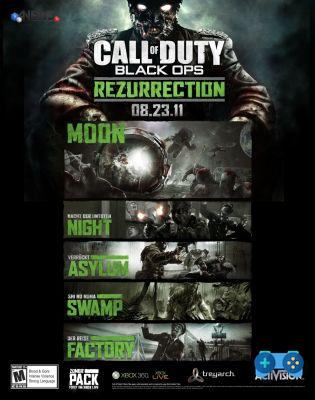 Do you want to complete all the achievements and trophies and know all the tricks, guides and secrets for your video games? SoulTricks.com is a group of video game fans who want to share the best tricks, secrets, guides and tips. We offer the best content to be a source of useful information, so here you can find guides, tricks, secrets and tips so you can enjoy your games to the fullest. Are you ready to get all the achievements of that game that you resist so much? Enter and enjoy your favorite video game to the fullest!
Amnesia Rebirth Review ❯

FIFA 11, first sales figures and Ultimate Team mode that can be downloaded for free

Hogwarts Legacy postponed to next year