Back4Blood is shown in a video of the developers 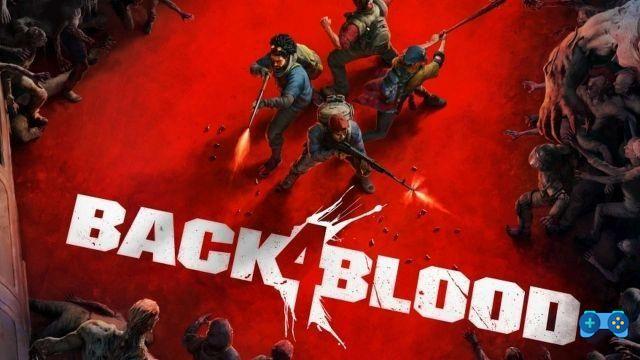 Back4Blood, the new zombie-based shooter developed by Turtle Rock Studios, shows some of its features in a video commentary published yesterday by its developers.

Although everyone thought immediately, on seeing the trailer presented to The Game Awards 2020, that this game is nothing more than a fine clone of Left4Dead (starting from the artifice used in the title), this video seems to show that there are differences and that the developers of Turtle Rock Studios they are serious about playing their game a small twist for the genre "Zombie-shooter".

Of course, the similarities are many. Again the game will focus on one Cooperative mode which will see 4 players in the shoes of as many survivors, committed to keeping their skin tight while fighting against hordes of infected. And even in this case we will see gods rise up among the hordes of common zombies particular mutants with abilities and characteristics that make them even more dangerous.

However, there is no shortage of differences. Some of the special enemies, sure, resemble the good old L4D's Boomer, Hunter, and Charger. L' "Ogre“Instead, which should be the equivalent of the Tank, it appears much more menacing and cruel. In addition to being sturdy and tenacious, it is capable of tear apart whole parts of the scenario in his relentless pursuit of players.


The playable characters, on the other hand, do not seem "naive" like those of Left 4 Dead. Rather than being catapulted into the middle of the Zombie Apocalypse directly from the armchairs from which they were watching the SuperBowl, they present themselves as veterans. Strong-tempered survivors, hardened by years of survival among the zombies and experts in tactics for the mass extermination of the undead.

The game will also feature a feature that should greatly enhance its replay value: the "Game Director". It is a sort of "occult supervisor" who, monitoring the evolution of a game (in terms of character health, stock of ammunition in their possession etc.), shapes and models the encounters in order to always guarantee an exciting degree of challenge and a campaign full of tension and action.