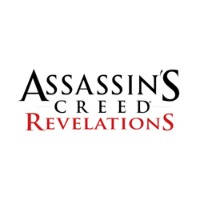 Defending the creed, once again.

Assassin's Creed in its own way has changed the way of understanding the action adventure by combining it with the free-roaming genre, a vertical exploration system that many titles have then been inspired by. Over the course of the various chapters, the team also tried to remedy the extreme repetitiveness of the first episode, managing to file this problem largely with Assassin's Creed 2 by inserting a series of secondary quests and mini-games, tools that have managed to just make the game less repetitive.

If with Assassin's Creed Brotherhood, the first spin-off dedicated to Ezio Auditore, we had the opportunity to experience the guild of assassins, the restorations and a multiplayer mode never seen before, in Assassin's Creed Revelations (second spin-off dedicated to Ezio and final work of the second chapter of the series) the developers wanted to enhance the Brotherhood gaming experience and focus on spectacularity thanks to a script never seen before.

In the role of a forty-year-old Ezio, we will go to Constantinople, where the Templars have found some traces of ancient artifacts: five keys that lead to none other than the secret library of Masyaf, where Altair's knowledge is kept.

Broadly speaking this will be the plot of Assassin's Creed Revelations and as the title suggests, this will be the chapter of the "Revelations", supported by a direction and a screenplay of absolute value, which first pass from an evolved characterization of the characters and then to the spectacularity and the twists.

Revelations recovers everything that has been seen in Brotherhood, reinventing some minutiae and adding more material to support an already vast title. Starting from some innovations introduced we find the hooked blade and the bombs. The first, also called "hook", will allow Ezio to climb the walls more easily. It will be able to hook itself to any structure allowing it new ideas even in the acrobatic movement, allowing it to slide on specially prepared ropes to produce in long leaps using the lanterns.

Furthermore, new possibilities are also linked to combat, where we will be given the opportunity to hook the enemies and overcome them, throw them to the ground or even carry out a quick theft as an alternative to counterattack. The second novelty is the bombs, also linked to a series of objectives of the guild and to the most famous gunpowder merchant in the city.

To enhance the functioning of this novelty will take care of the missions where thanks to these bombs it will be possible to create diversions in addition to attacking large groups of enemies from a distance. Also revised the mechanics of formation and management of the guild, unchanged in the bases but modified in some details. The Borgia towers have been replaced by the Templar Strongholds flanked also by the Watchtowers. The presence of these lookout towers will put the player more pepper in the actions forcing him to act in a more stealth way. Once the outpost is conquered, we will turn it into a guildhouse.In the event that one of Ezio's bases is under assault, we will be recalled in a tower defense-style mini-game, during which, stationed on a roof, we will be able to manage our assassins with the aim of eliminating the enemies that will come in waves, thus perching on the roofs as allied as possible in order not to lose the base. The strategic mechanics will be joined by those in first person, where Ezio with his gun will be called to eliminate more enemies to support the allies.

The many details linked to a high school texturing are able to show themselves on Ezio's shoulder straps and clothing, on streets and buildings, giving a good result at a glance. However, a few too many inaccuracies, for example on the animations, return a too woody feeling to the hand that, at first, could pass and be the confirmation of Ezio's no longer young age but nevertheless these sensations are so widespread that they leave a particularly bitter aftertaste. during the fights, where unfortunately an annoying input lag occurs sporadically at the game controls.

The cut-scenes show a much less rich visual horizon than in the previous chapter, probably because the team preferred to focus on the quality of the textures and therefore on a visual impact in the most impressive short distance. After all, along the streets and in the alleys, in the underground areas, the quantity of “visible” elements is truly excellent, with the only drawback of showing the side of a very evident and constant tearing and the pop-up phenomenon of sporadic elements.

Let it be clear, however, that the overall glance, thanks also to the differentiation between the neighborhoods and the frequent cycles of day and night, is always excellent.

As for the multiplayer component, the team's first concern was to make the online component different thanks to small improvements to make it more engaging. Right from the start it can be seen how the number of characters that can be chosen to play a match has been increased: of course the figures that can be impersonated are figures who met in the single player adventure to thus maintain a sort of continuity between the two modes. One of the most interesting new features of Assassin's Creed Revelations, along the lines of Call of Duty, is the addition of rewards following a Killstreak or a Deathstreak.

Each of these innovations manages to integrate well with the old foundations, forming the backbone of a sector that still shows the excessive advantage of high-level players, and more generally, predators. Speaking of the challenges present in this game mode, Revelations does not differ too much from the previous Brotherhood, adding something here and there without upsetting too much a structure known to fans. So, in addition to the classic "Wanted" mode, in this last chapter of Ezio's adventures we will also be able to engage in a clear battle of kills, or the deatmatch, or in the interesting "Manhunt". It should be noted, however, that, despite the introductions, the Assassin's Creed Online mode cannot take off that aspect that simply makes it an "interesting filler" put there to give the title more life.

Assassin's Creed: Revelations, for production quality, it certainly does not represent the pinnacle of the series. Some errors and technical limitations, perhaps due to the non-optimization of the graphics engine with respect to the hardware, make Ubisoft production far from perfection and once again anchored to those defects that have distinguished the series since its debut. However, it should be noted that the team has enhanced the structure of Assassin's Creed Brotherhood, focusing everything on the spectacular and on a truly successful plot that will keep gamers glued for the entire duration. Assassin's Creed Revelations is an adventure that all lovers of the saga and Ezio Auditore will absolutely not be able to miss, and which in fact also represents the closure of a narrative cycle that began with the second chapter of the saga, involving all the previous historical protagonists, thus focusing much of the adventure on their differences and the key role they played in these three episodes. The development team with this title wanted to focus on a more framed progression, with missions from a more linear level design, also offering a truly spectacular direction that at times is very close to the results seen with the Uncharted series. Assassin's Creed Revelations represents a more than good, varied and complete product, surpassing its predecessor Brotherhood for the quality of the script, but undermined by the lack of innovativeness, presenting once again a side combat system and a really poor artificial intelligence. Ultimately a chapter once again fun and interesting, but of which it was legitimate to expect something more!

- Fights to be reviewed

- Multiplayer similar to the previous one

The title is available from 15 November 2011 on the Playstation 3 and Xbox 360 platforms.