Ys IX: Monstrum Nox for PlayStation 4 is available in Europe 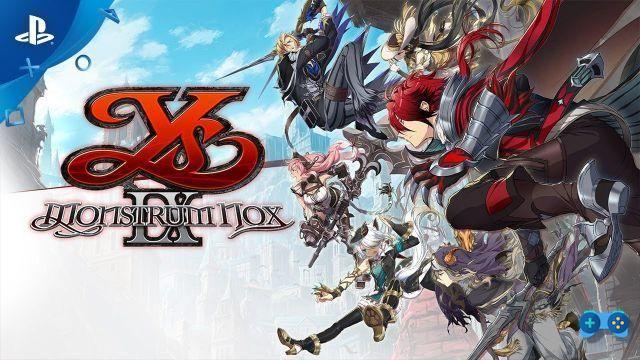 With an official announcement, NIS America communicate that Ys IX: Monstrum Nox for PlayStation 4 is available in Europe, while it will arrive in Oceania on February 12. For the Nintendo Switch and PC versions, on the other hand, you will have to wait for the release for summer 2021.

Here is the launch trailer released by the Japanese company:

For all those who do not know the game specifically, here is a small summary of the story, in order to direct you in a possible purchase choice:

The famous adventurer Adol "the Red" Christin and his companion Dogi arrive in Balduq, a city annexed to the Roman Empire. While Adol is in prison, he meets a mysterious woman named Aprilis who transforms him into a Monstrum, a being with supernatural gifts and the power to exorcise monsters. Now, Adol must ally with his fellow Monstrums to fend off the fearsome threats that emerge from a dark dimension called Grimwald Nox, as well as unravel the mysteries of the Monstrum's curse and the truth behind the unrest within Balduq.

This instead is the list of the main features related to the gameplay:

Do you want to complete all the achievements and trophies and know all the tricks, guides and secrets for your video games? SoulTricks.com is a group of video game fans who want to share the best tricks, secrets, guides and tips. We offer the best content to be a source of useful information, so here you can find guides, tricks, secrets and tips so you can enjoy your games to the fullest. Are you ready to get all the achievements of that game that you resist so much? Enter and enjoy your favorite video game to the fullest!
Monster Hunter Rise - Guide: Tips for getting started ❯

Milestone announces the arrival of MXGP 2020 on PlayStation 5

No demo for Horizon Zero Dawn

Horizon: Zero Dawn, the dimensions of the map revealed

PS VR, confirmed the development of a version for PS5

Add a comment from Ys IX: Monstrum Nox for PlayStation 4 is available in Europe