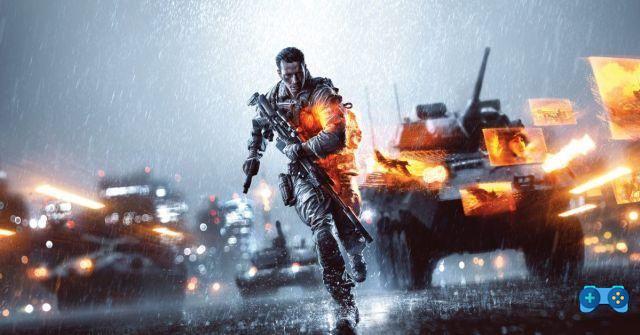 DICE Update Battlelog, changes and fixes for the PlayStation 4 version.

A new post by DICE on the forum of Battlelog describes in detail the changes applied by the new update of the Battlelog about the version PlayStation 4 di Battlefield 4, many problems have been solved, but many still remain to be solved; Here is the complete list of changes: ANNOUNCEMENTS: - We are currently investigating a problem with Battlelog not always properly loaded on PlayStation 4. If you encounter similar problems, close and reopen the battlelog as it sometimes solves the problem. We will keep you posted. - We are currently investigating an issue with chat messages vanishing on Battlelog.com (they appear when refreshing the page) FEATURES & IMPROVEMENTS: - Selecting expansion packs in the Server Browser will now work properly filtering servers by content of the selected expansion pack; - Improved the way in which the approval of the plugin is managed by Chrome, no longer requiring an update of the page for its detection; - In the preparation screen, the "Select Kit" button no longer appears in the view of other soldiers; - Added an “Apply to All” button for knife, grenade, vehicle / weapon and gun paints in the setup screen; - Many items in the setup screen now correctly show Premium Acquisition requirements or the need to own a certain expansion pack (will be available on all items soon); - Added the ability to hide images in the preparation screen; - Various other small improvements in the preparation screen; - Various other small improvements; FIX: - Fixed a problem with hints, which caused the hints screen to appear randomly; - Further improvements to the Custom Region filter in the Server Browser; - Fixed a problem with the “Air Mail” lens, effectively replaced with a new and functioning lens; - Fixed an issue where every comment in the Battle Report was marked coem written by "Player" with the default avatar, in case pagination was used; - Fixed an issue that caused Battlefield 3 Premium content, such as videos or strategy guides, to disappear by date; - Fixed an issue with the preparation screen, where the active slot was not displayed correctly in the view of other soldiers; - Fixed an issue with the setup screen, where the stat comparison bar did not update correctly when switching weapons; - Fixed an issue where the paint for the QBS-09 (and some other weapon) in the setup screen was always reset to the default one; - Fixed an issue where the details bar on the Statistics and Unblocks pages collided with the bottom of the pages; - Various other small fixes; Stay with us for future updates!

Minecraft, news on the "Better Together" update on Switch ❯