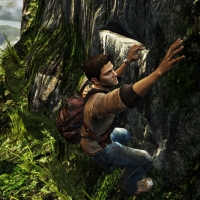 A new adventure from Nathan Drake in portable version!

There are titles that forcefully enter the videogame panorama making its protagonist a reference icon. After becoming one on Playstation 3, Nathan Drake returns in an unprecedented adventure for the Uncharted series on the newborn PlayStation Vita portable console with the chapter Uncharted: The Golden Abyss.

Among gold diggers, new characters, mysteries to be solved, the title is clearly the tip of Sony's line up to drive sales of the console itself.

Will Nathan have managed to tickle the purchase of PS Vita?

Read on to find out.

Uncharted was born as a project that was to fill the void left by Lara Croft in the platform adventures developed by Sony's internal team, Naughty Dog. After the success, in some ways unexpected of the first chapter, the series has made the leap in quality with the second and finally triumphed with the third. Basically a "must have" for all PS3 owners. It is therefore obvious to expect the same treatment for a new console that wants to establish itself on the market. This time the burden passes into the hands of Bend Studio, a software house always internal to Sony and known for the Siphon Filter series on PSOne, PS2 and PSP, and other projects including Resistance: Retribution on PSP.


Naughty Dog left him all the main assets in order to avoid remaking problems, including the polygonal structure of the protagonist and the park of sound effects, while the graphics engine as well as the gameplay structure were designed entirely by the new Bend Studio team. 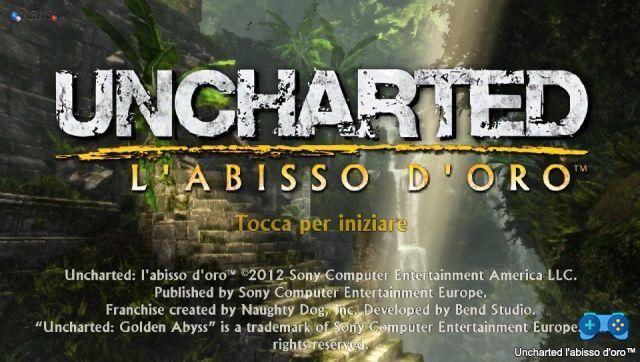 Once the title is started, we realize how the feeling of this production traces the series, both in the setting of the menu items and in the music, a theme now known to most.

After a look at the options menu, Nathan Drake's adventure begins in an unspecified historical period. For what the development team reported, the facts narrated in The Golden Abyss are to be included as a prequel to the first chapter. 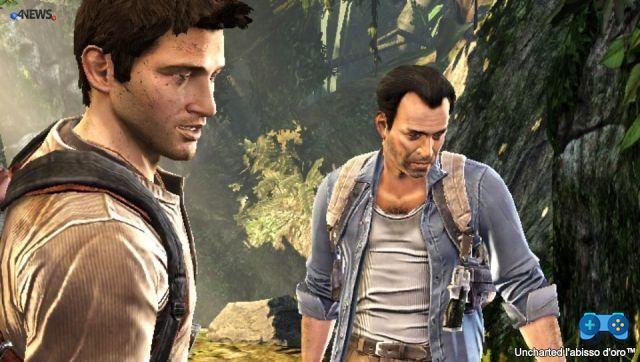 Nathan finds himself in an area of ​​Mexico in the company of Dante, a business partner like there are among thieves of fortune. Taking the first steps is as always very easy, thanks to a series of useful tips to understand the game mechanics and the characteristics of PS Vita. For those coming from PS3, it will be natural to use canonical controls similar to the pad, but the introduction of alternative controls connected to the touch screen and the rear panel, bring the gameplay of the title to new experiences. 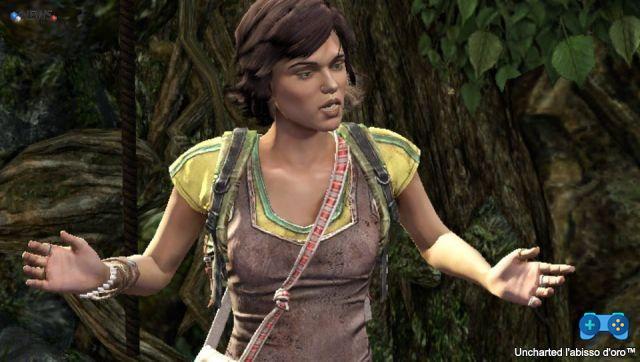 We learned how these guys are never to be trusted, and so after a first problem with the soldiers led by General Guerro, we meet Chase, a girl who loves discovery, a true explorer, one who loves to find treasures for the simple pleasure of doing it and not for money. She will be the driving force behind Nathan's discoveries.


The story is told in a sufficiently useful way not to lose the thread of events, with situations in which the jokes between the characters and Nathan are the best side dish. The double meanings between Nathan and Sully are inevitable. The good old friend of all time is present in the second part of the adventure and will be able to make you smile with his double meanings. The peculiarity is undoubtedly in the incredible use of all the features of PS Vita, even those you do not expect. There are phases, for example, in addition to rubbing the surface, where you have to take pictures and use the console just like a camera complete with optical zoom. Or you go near a light source mimicking that you have a parchment in your hand on which you have to show writings engraved with a particular ink. Or dodge boulders during rapids using the six axes. This is more are examples of how the adventure becomes enjoyable and appreciated more for its playability than for the story itself. 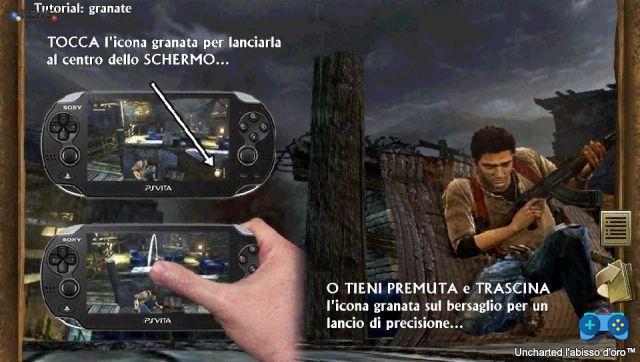 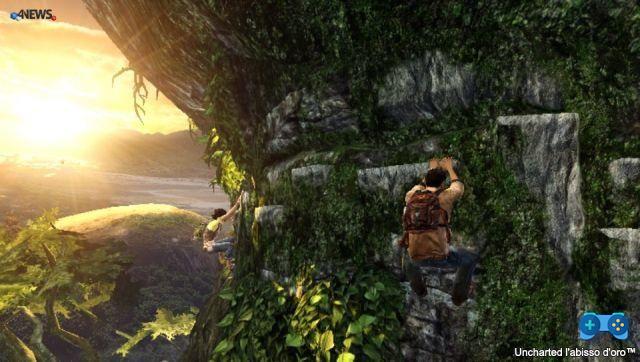 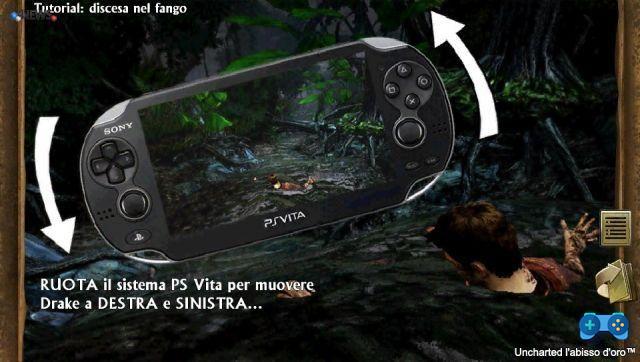 The game is dotted with platform phases, enjoyable thanks to the new method of dragging the character using the touch panel and relaxing because the posture of the hands on the console varies, with shooter phases with the possibility of better aiming by moving the console and then using the six axis gyroscope, to the exploration phases to find the various treasures scattered along each level environment and solve the puzzles. The latter are so many and are practically vital if you want to collect the highest percentage of Trophies for your PSN account. The game divides them into treasures of various kinds, from civilizations to key characters. Everyone's Trophy is unlocked only when you solve all related puzzles. We assure you that finding them all will take a lot of effort, also because most of the useful elements are located in places far from the main route. Others are instead assigned through playing cards, collectible through the various kills, and reported as precious relics.


Not contemplating a pure multiplayer mode, Bend Studio invented the Black Market. This area exploits the peculiarities of Near to bring the social environment of the game, or you can meet with the other players of the title to sell and buy some playing cards, in a real form of barter as each has a specific value. 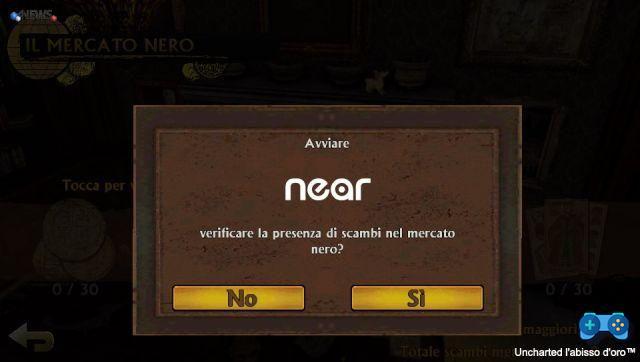 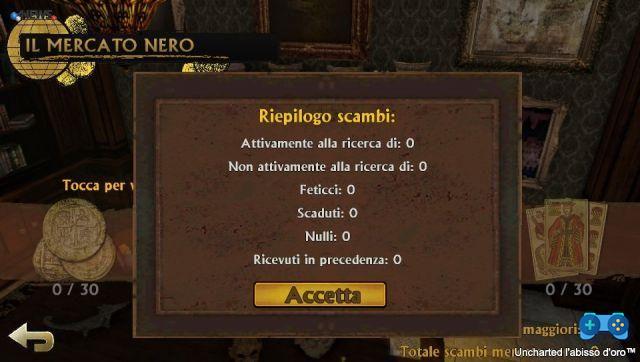 PlayStation Vita is highlighted in all its quality, both positive and alas negative. The title shows off good polygon management, smooth animations and a 30fps framerate, except for one case found throughout the adventure. Spectacular are the light effects both environmental, between the moon and the flames, and the objects of lanterns and electric torches. Each refraction expands in the area of ​​interest in a realistic way. The vegetation, as well as the environments in general, are very well detailed. A greater variety of places to visit would have increased the pleasure of exploring them and made the continuation of the adventure between the various missions more captivating.

However, to an attentive and above all demanding eye, a fluctuating care in the management of shadows, the presence of textures that are not always at the height and a widespread sense of lack of anti-aliasing filter remain. In general, these defects fade into the background, captured by so much wonder the game manages to convey. In fact, the title does not fail to surprise for the successful choice of mixing the various phases of the game taking a cue from what has already been appreciated in the chapters developed on PS3. 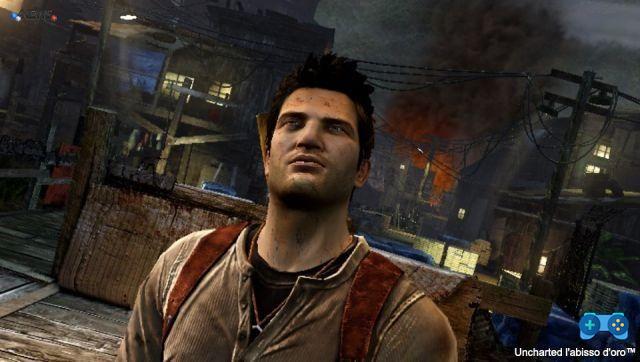 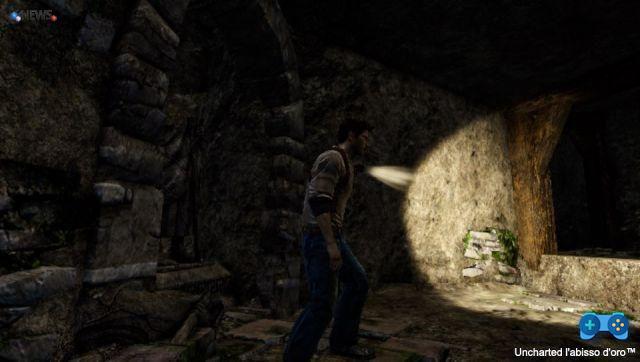 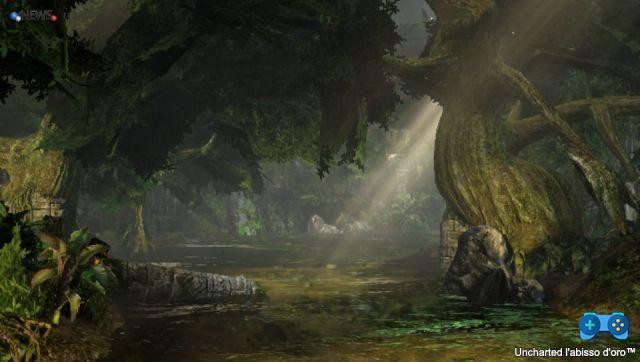 Do not dwell on the screenshots that we have generated directly from the game (taking advantage of the peculiarity of the console), since their quality is much lower than what you see live. That said, it would be appropriate to understand if the ups and downs that our eyes perceive are due to a limitation of the console or only by the type of development of this product. We will probably find out only with the next titles. Artificial intelligence turned out to be in line with what has already been tried in the series created by Naughty Dog. The enemies appear quite within the reach of hardened players at the Normal difficulty level, while already at Hard there are moments of nerve-wracking due to Nathan's extreme fragility in undergoing the opponent's blows and the adherence of the enemies to know how to shoot and immediately find cover . More affable at a Very Easy and Easy level, suitable for those who have never had to deal with a title like this.

Longevity is very good. On Normal difficulty, by completing about 40% of the puzzles and collecting as many treasures, it took us about 11 hours of gameplay to get to the last 34th chapter. Added to this is the replayability component that we explained earlier. 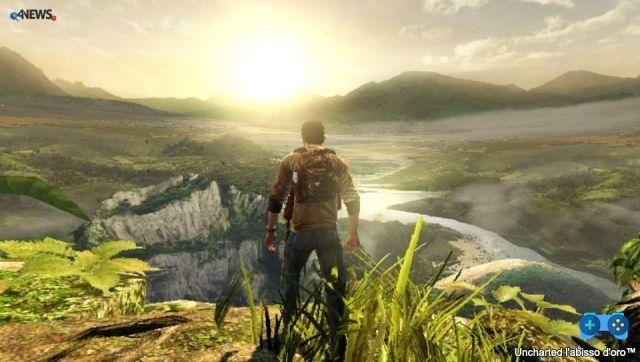 The sound sector is excellent, which practically follows what has already been enjoyed in the major chapters with the help of sound effects such as the shots fired by the various mouths of fire and the environmental ones that faithfully reproduce the various background noises and immerse the player, to which is added a perfect Spanish dubbing. The soundtrack, apart from the music of the main theme, is new and perfectly inserted in the context of the events.

Uncharted: The Golden Abyss is the title that currently best promotes the technology of the PlayStation Vita handheld console. The use of the controls, a spectacular series of visual and sound effects, enclose a product worthy of being played and enjoyed, from the beginning to the end of its history. The Black Market partially compensates for the lack of the Multiplayer component and adds a new social aspect. Its replay value will be worthy of the best trophy hunter. While not reaching the excellence admired by the episodes on PS3, the title is unreservedly recommended to all those who own PS Vita, a must in the collection of a Nathan Drake admirer. 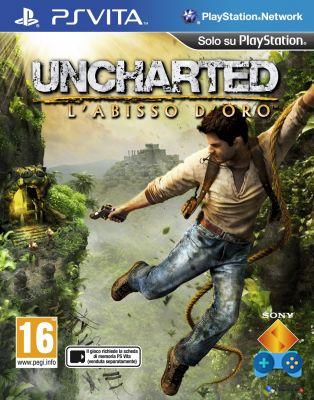 - Technically great to see and hear

- Use of PS Vita features seamlessly integrated into gameplay

- Visual quality not always up to production

The title is available from February 22, 2012 exclusively on PlayStation Vita.

Minecraft, accused of being a violent game? ❯

add a comment of Uncharted Review: The Golden Abyss