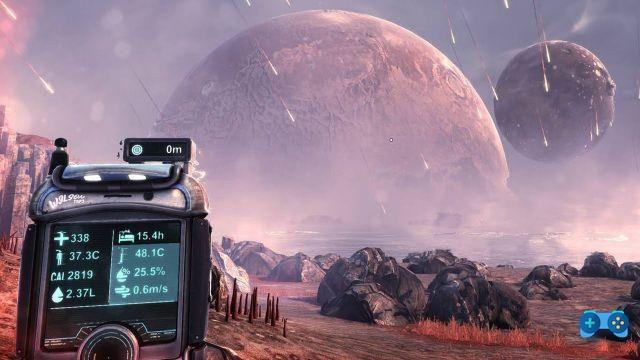 Released just over a year ago on PC e Xbox One, finally comes up too PlayStation 4  The Solus Project, with full support also to the PlayStation VR.

The Solus Project we could define it as a mix of various genres: take a first-person survival, put it in a spatial context, with an alien planet to explore, horror and adventure elements, and season it all with a narrative that will be the focal point of the entire work. The premises are really good, and after several hours of play spent in his company, we are ready to have our say The Solus Project. 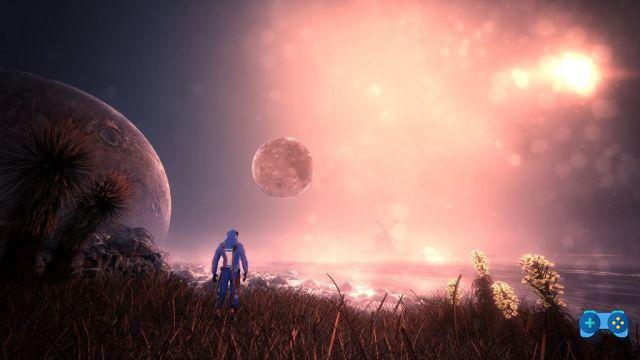 Mysteries, secrets and a pinch of survival

Humanity is on the verge of extinction, the Earth has now been destroyed and we, along with a few other survivors, will have the task of looking for a new habitable planet to make our new home. The search, however, was unsuccessful, but while we are flying over one of the candidate planets to replace Earth, our spaceship is hit by an unidentified object, which forces us to make a desperate crash landing. This is the beginning of our adventure in The Solus Project, where the “Solus Project” is nothing more than a desperate space mission, born with the aim of giving a new future to mankind. 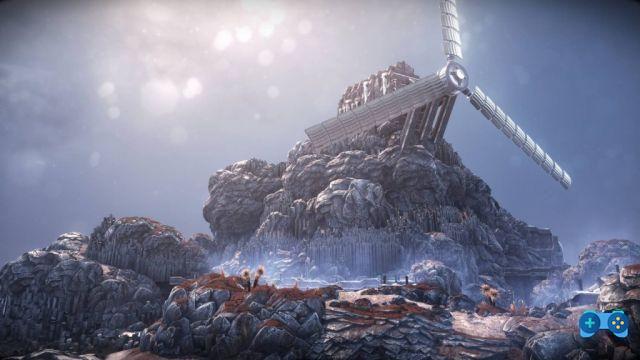 Once we have started the game and have witnessed the crash of our spaceship we will be the only survivors on a seemingly desert planet, named Gliese-6143-C. A planet that seems uninhabited, but which actually hides a great secret, which we will be able to discover as we continue our adventure. This mysterious quest, coupled with the main goal of reporting what is happening on Gliese-6143-C, will accompany us throughout the game, always managing to keep the narrative tension high.

Completed the first phase of the game, which will act as a tutorial, we will be forced to survive, looking for shelter and resources around the planet, taking into account the fatigue of our character (hours of sleep), the temperature, hunger and thirst, all statistics easily visible thanks to a convenient tablet supplied by us. If the narrative structure convinced us, what we liked least was the survival component of the title. In fact, after a few hours of play, thanks to the large amount of resources (food and water) available on the planet, this mechanic loses its importance, becoming almost completely marginal.


The exploratory phase also certainly deserved greater attention; in fact, to continue our adventure, we will often have to overcome small puzzles, (not at all inspired) that will almost always result in forcing us to a long and boring backtracking to activate distant mechanisms that will allow us to continue. 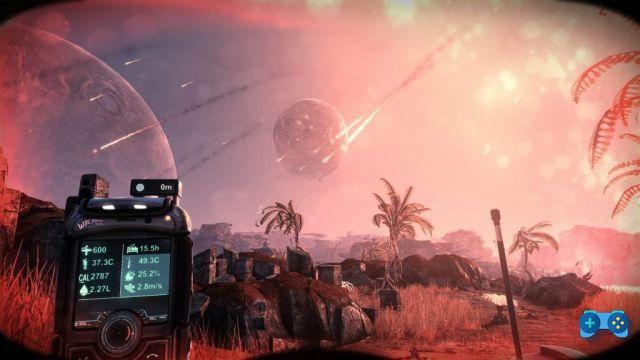 The splendor of space

Graphically speaking, despite the indie nature of the title, we are facing an excellent result. The Solus Project is made using theU (and you can see!), the graphics are certainly one of the best elements of the production, despite some textures not exactly at the top and some uninspired settings. Excellent lighting system that allows us on certain occasions to admire suggestive glimpses of the planet, resulting damn fascinating thanks also to a finely crafted effect. Torrential rains, hurricanes, snow, meteor storms, are all natural events that will hit the planet Gliese, giving the player a varied and suggestive scenario.

Discreet The audio sector, which will be mainly composed of natural sounds and music that perfectly fit the exploratory nature of the title. Sore point, the game is completely in English. We also report a bizarre choice regarding the peripheral PlayStation VR. The game is fully usable with the virtual reality helmet of Sony, but unfortunately to be able to play the title in this mode you will have to use the PlayStation Move, as the game inexplicably doesn't support the Dualshock 4 combined with the viewer.

The Solus Project is certainly an interesting title, capable of bringing together a good number of different game genres, while not excelling in any of them. Nonetheless, the title is overall an interesting and suggestive experience (even better if played in VR) thanks also to a valid and not at all trivial narrative.

Do you want to complete all the achievements and trophies and know all the tricks, guides and secrets for your video games? SoulTricks.com is a group of video game fans who want to share the best tricks, secrets, guides and tips. We offer the best content to be a source of useful information, so here you can find guides, tricks, secrets and tips so you can enjoy your games to the fullest. Are you ready to get all the achievements of that game that you resist so much? Enter and enjoy your favorite video game to the fullest!
What are the risks of watching illegal streaming movies? ❯