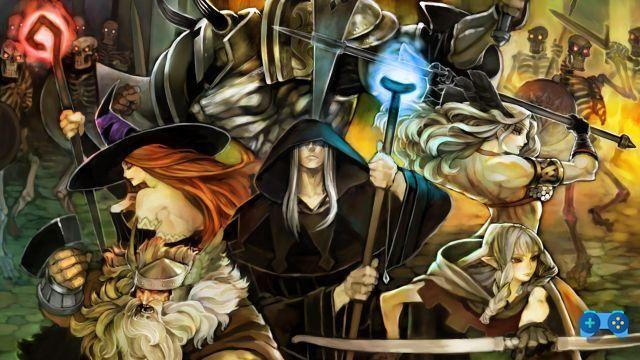 The return of a masterpiece!

Dragon's Crown Pro is a two-dimensional scrolling fighting game, full of fantasy elements and action / RPG-style mechanics. For old-school gamers, it will quickly become apparent that the title in question has strong ties to Dungeons & Dragons. Beyond comparisons and similarities that don't matter, the Pro version of the game is the perfect embodiment of the genre, especially if played on For PS4 (although it also performs excellently on PS4 Standard), thanks to a 4K resolution and stunning fluidity. 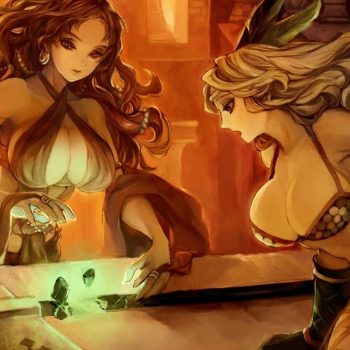 What has made Dragon's Crown a true masterpiece is the fact that under the guidance of George Kamitani, the Japanese software house has managed, in a period in which Hack & Slash were rapidly losing ground, to reinvent a genre that years ago had been particularly appreciated by the public and critics.


Once upon a time

In the far reign of Hydeland, a king eager for power, decided to set out in search of the Dragon's Crown (Dragon's Crown). It didn't take long before the kingdom began to fall apart and the only hope to restore those places to their former glory was entrusted to six valiant warriors. So we begin our adventure, with an Incipit that is certainly not the best but that at the end of our journey we will understand that it was anything but trivial.

Started the game, after a short video presentation, we will have to select one of the six available classes. Three of them use more melee attacks and have greater resistance to damage (Amazon, Dwarf and Warrior), the remaining three instead have greater abilities in terms of ranged attacks, through spells and spells each with different effects (Sorcerer, Elf and Enchantress). It is evident that depending on the chosen hero, we will have to adapt our fighting style. It is useless to attempt the melee attack if we impersonate a sorcerer. The proposed editor is really simple to use and keeps the characteristics of the original version of the game almost unchanged. However, the choice of the class will not be definitive as, during the game, we will be able to wear the shoes of each of the six classes. 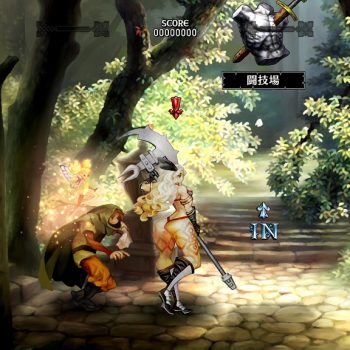 After selecting the character and becoming familiar with the basic commands, we will have to start exploring the city where, in the blink of an eye, we will understand the great potential offered by the title and by the places that surround us. In the Dragon Inn, for example, we will be able to manage our adventure, decide to play alone or by cooperating with other players. Once the necessary settings have been made, it will be necessary to go to the Castle, where we will get to know the splendid one Princess Vivian and other rather important characters that we prefer to let the reader and the Guild of Adventurers. In the two aforementioned places, we will be able to basically manage the continuation of our playthrough, for example by deciding to complete primary quests or dedicate ourselves to secondary ones. What do you do next? Of course we give her a good reason.


An uncompromising beat 'em up 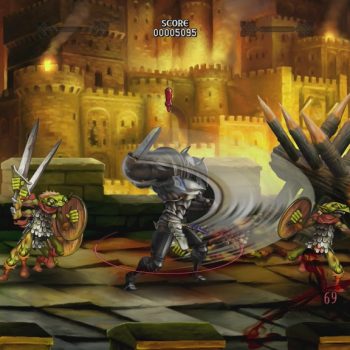 In this port, naked and raw, the combat system hasn't changed one iota. The attacks are entrusted to a single button, but the difference is all in the movement of the analog stick. We will be able to use the other keys for the quick selection of objects, potions and so on. Furthermore, since it is a traditional 2D horizontal scrolling beat 'em up, well suited to be played in company. The reason why? We will explain it to you immediately. Dragon's Crown Pro makes cooperation its cornerstone. In fact, we are offered many environmental dungeons, overflowing with enemies (goblins, giant spiders, vampires ...), rather inspired bosses and traps that require a strong teamwork to be completed in the best way.

The proposed combat system is certainly less strategic than similar productions, perhaps tending to confusing action, with feedback from the shots, it must be said, not always convincing. If we want to resume the comparison with D&D, it has very little strategic and thoughtfulness and a greater inclination to action, with many elements on the screen that are managed very well but that at times could distract the user from the main action. To benefit is certainly the pace, fast and chaotic that is well suited even to players less accustomed to the genre. 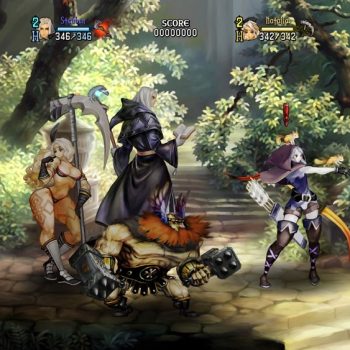 Moreover, played after five years, it is even better understood how the production of Vanillaware is without a doubt the term of comparison for all productions of the same genre. The duration of the campaign is normal but has a rather high degree of replayability and therefore, for the most avid gamers, it will take many hours to fully enjoy all that the title has to offer, including the possibility of playing in multiplayer mode.

We report that netcode in online mode is really fast in associating ourselves with a lobby (being able to count on cross play as well) e overall the multiplayer is stable. If we think that the game mode is basically based on facing dungeons and quests of various kinds, sometimes repeated indefinitely, multiplayer is a really welcome addition.

Dragon's Crown Pro, as already understood from the title of the first paragraph, is a real masterpiece. In this version re-adapted for the PS4 system it really gives its best. Vanillaware has managed to recreate the scenarios as if they were real paintings made by the artistic flair of a painter. However, greater care has been taken in the creation of the characters, which have unique characteristics and traits, designed to clearly differentiate them from each other.

We tested the game directly on For PS4. The experience was amazing, thanks to a remarkable graphic detail, a constant fluidity and the feeling that everything was in the right place. The soundtrack created by Hitoshi Sakimoto, already author of excellent works such as Final Fantasy XII and the next Vanillaware title, 13 Sentinels: Aegis Rim, which we are anxiously awaiting. We remind you that in addition Dragon's Crown Pro includes all the DLCs published to date.

- The return of a masterpiece of the Hack & Slash genre

- It adapts to everyone, even the less experienced of the genre

- In single or multiplayer, fun is guaranteed

- It could be repetitive in the long run

Summary
The branded masterpiece Vanillaware returns in great shape on PlayStation 4. The proposed experience, albeit linear, offers several ideas to be replayed, offering hours and hours of fun. Choose the breed that suits you best and throw yourself headlong into the fray. Slay ghosts, giant spiders, pirates, vampires, goblins and so on and so forth. If you have never played a Dragon's Crown Pro, the time has come to do it, perhaps on PS4 Pro where it gives its best, thanks to a resolution in 4K and a truly sensational fluidity of action!
gameplay
Graphics
Sonoro
Longevity
Final judgement
Do you want to complete all the achievements and trophies and know all the tricks, guides and secrets for your video games? SoulTricks.com is a group of video game fans who want to share the best tricks, secrets, guides and tips. We offer the best content to be a source of useful information, so here you can find guides, tricks, secrets and tips so you can enjoy your games to the fullest. Are you ready to get all the achievements of that game that you resist so much? Enter and enjoy your favorite video game to the fullest!
Car Subwoofer Guide: Passive or Active? ❯

Add a comment from Dragon's Crown Pro, our review